» Battle of Minds: Aphrdodite vs Ellie "Haise" Kaneki
by SimplyMoon Today at 10:14 pm

Strategy: Brie prefers to adapt to her opponent's fighting style to exploit their weaknesses. The only drawback is that if she is against an opponent with great strength, she may not have the strength to exploit said weaknesses effectively if she has become weakened or battered. 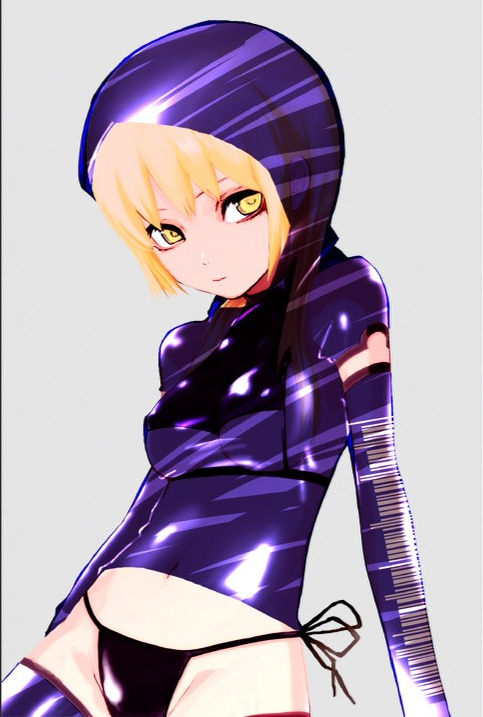 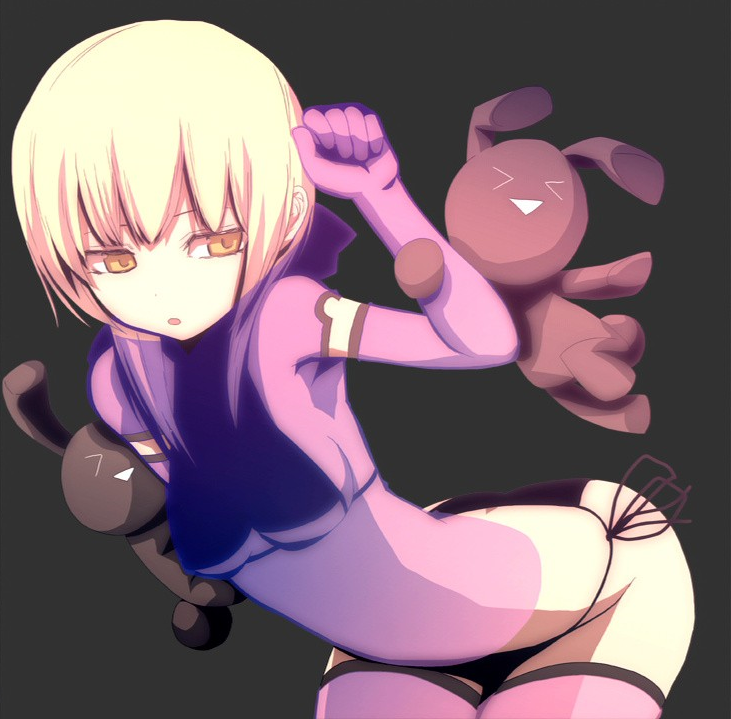 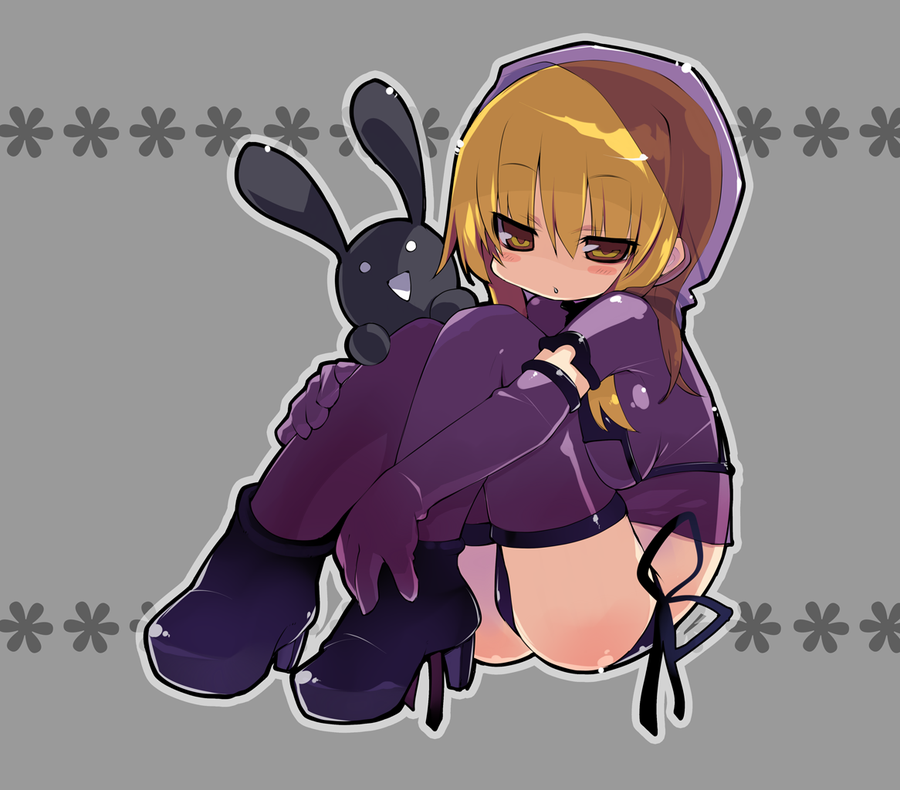 *Note: The rabbits are just for show.

Strikes: ☆☆☆ – Her strikes hurt not because she's powerful, but because she knows how to throw punches and kicks and where to throw them.
Powerhouse: ☆ – Does she look like the type of wrestler who would attempt a piledriver?
Submissions: ☆☆☆ – Fairly decent at putting an opponent into agonizing positions. She knows what muscles to pull in order to get someone to scream.
Counters: ☆☆ – Against an opponent of equal size, there's a chance she could counter an opponent's move. However, against a larger and taller foe, this would require much more effort.
High Flying: ☆☆☆ – Some may not suspect this, but most of Brie's training required her to overcome a fear of aerial attacks, even with the risk of injury. Her improvement shows in this category when she attempts a technique that requires jumping from higher distances. Her attacks can still be stopped, but it is best not to stand in her path.

Finishers
The Throat Cutter: This technique requires some set ups to pull off, such as after executing a Meteora technique or a similar high-flying technique. After downing an opponent, or if she catches the opponent off guard, Brie will wrap her thighs or legs around her opponent's neck and apply pressure, closing that person's windpipe to force a tap out or knock out. She will only do this if the character is down, however, to avoid permanent or dangerous injury.

Sitting Pretty: Brie plants her rear end on her opponent's face, usually when she is expecting a certain victory. While depriving her foe of oxygen, she will pleasantly cross her legs and take a breather. She reserves this finisher for someone she absolutely despises, as it literally can be interpreted as her opponent being beneath her. She'll go for bonus points on crowd appeal if she can somehow do this when the foe is backed against a turnbuckle.

Cross Armbreaker: Pulls back on a prone opponent's arm while scissoring one of their arms. She pulls back on the arm, causing pain to the opponent's shoulder. It is done to force a tap out.

Personality
Brie may seem unfriendly, but this is just part of her personality. She is not necessarily shy, but she does require some time before she develops any bond with another person. This could also be due to remaining insecurities about her size (but don't tell her that). Unless someone commits an act that she does not approve of, Brie will not view that person with contempt. However, sarcasm, as well as a dry sense of humor have gotten her into trouble with people in the past. Despite having these personality traits, anybody who befriends Brie will find her to be a loyal ally. While she is smaller than many fighters in the AFW, she is no pushover--her tenacity makes up for her size.

History
Brie was orphaned at a young age and placed in a home for children. She would eventually be adopted at the age of 8 by an extremely friendly, eccentric, and elderly couple. Of course, they adored her. However, over time, her adoptive parents noticed that she wasn't growing. This led them to hold her back from most activities and become "helicopter parents," for her own safety (though it did more harm than good). As a result, Brie didn't have as many opportunities.

They allowed her to try swimming, among other activities, but they would not allow her to compete. This left a negative impression on Brie. She interpreted this as meaning that she was deemed non-competitive, or incapable of being a worthy competitor. One of her dreams happened to be becoming a wrestler, which seemed unrealistic even to herself. However, Brie met someone who changed that concept: A Russian wrestler by the name of Galina Valkova, who happened to be competing in one of the Canadian wrestling circuits during that time. Brie pleaded to be trained under her, because she wanted to become stronger and compete. After much persuasion and some bribing, Galina agreed to train Brie for a period of eight months, with some stipulations. Every day after school, she would train for three hours at a time with that woman. Any time Brie made a mistake, she was punished harshly by her trainer. She would sometimes go home with bruises from fighting Galina, and losing, and would lie to her parents just to ensure that things would remain the same.

By the time she was finished, Brie had become almost a completely different person. Even her parents noticed. She showed more discipline, and was more concise in her interactions with people. Without their own knowledge, by the time she graduated high school, she was working a job while searching for opportunities for hire in a wrestling league. This proved challenging. Even with the amount of training she received, Brie had a very difficult time finding any leagues within Canada who would agree to a long term contract with the girl due to her small size. No leagues in the United States acknowledged her application to get a foot in the door. Not even any European leagues accepted these documents. So she looked East. After doing much research, she learned about the AFW, a league in Japan with it's own "Kawaii" division which had a strong gallery of smaller competitors.

Brie applied. One week later, she received a letter requiring that she visit the office. Once her parents found out, and learned everything she had gone through, they allowed her to leave. She took the next plane ticket to the Land of the Rising Sun, and after some process, her application received a stamp of approval. Now she had something to prove.

"Fun" Facts
- Hates being physically lifted and held while in a public place, something that her adoptive parents did regularly.
- Knows English and some French. She's currently trying to learn Japanese.
- Brie isn't scared of much, since she spent almost a full year in "Wrestling Hell," as she affectionately refers to her training days. But she still has a deeply rooted fear of her former trainer.
- She finds an acid wit to be a very attractive quality in other people. Oddly, she finds being taunted to be enjoyable under certain circumstances.