Strategy: The two sisters were once famed acrobats, and their wrestling style reflects this. They’re constantly in movements, using dynamic, high speed moves, working in tandem, taking to the air at will, moving about the ropes with amazing ease. They’re a wonder to watch, just as much now as they ever were.

There are key differences between them, though. Valeria has taken up jiu-jitsu since they left the circus, and has worked some fairly interesting submission holds into her skillset. Tatiana, on the hand, has learned kickboxing, and can buffet her enemy with an array of strikes. Valeria also tends be a bit more methodical and strategic with her mathes, while Tatiana likes to fly by the seat of her pants.

Endurance:
Valerie - ★★★ - Valeria is fairly hardy, as high-fliers go.
Tatiana - ★★ - Tatiana’s smaller than her sister, and it shows - she’s not the most durable woman.

Strength:
Valerie - ★★★ - While not the bulkiest woman, Valerie does have a sizeable frame to her.
Tatiana - ★★ - Smaller and weaker.

Speed:
Valerie - ★★★★ - While she lacks Tatiana’s blazing speed, Valerie is far faster than most.
Tatiana -★★★★★ - Incredibly light on her feet, able to deftly move about the ring.

Defense:
Valerie - ★★★★ - Tends to put a little more thought into avoiding damage than her sister.
Tatiana - ★★★ - She’s good at dodging blows thanks to her natural speeds, but doesn’t have the body for good blocks.

Technique:
Valerie - ★★★★ - Has a dizzying array of aerial maneuvers and punishing submission holds.
Tatiana - ★★★★ - Light on the ropes, with strikes that can hit from any angle.

Submissions:
Valerie - ★★★★★ - Is ruthless with her submissions, deals out high damage.
Tatiana - ★★ - While she’s picked up some from Valerie, Tatiana’s still woefully weak with them.

Powerhouse:
Valerie - ★★★ - Strong enough to bust out a few on women her size or lighter.
Tatiana - ★★ -It’s rare for her to even try.

Counters:
Valerie - ★★★★ - For a high-flyer, she has a surprisingly strong ground game.
Tatiana - ★★★ - Works well enough using her agility and flexibility to work her way out of moves.

The Huntress
This move starts with a reverse hurricanrana, as Valerie comes at her opponent from behind, leaps up, wraps her legs around their head and pulls them back into the variation of the classic move. Instead of releasing them after the impact, however, she holds onto them with her legs and turns it into a figure-four headlock.

A variation on the Shining Wizard. With a kneeling opponent, Tatiana runs towards them, plants one foot on their upturned knee for support, uses it to lift herself up, then raises her leg up and gives them an axe kick on the back of their head as she falls.

With a kneeling opponent, Valerie runs at them from the side, leaps off their upturned leg, wraps her legs around their neck and shoulder as she falls to her back, and pulls the arm to create a powerful triangle hold.

A Moonsault Double Stomp. From the top rope, Tatiana leaps off into a moonsault, only she does a full rotation and lands on her feet instead of her body, with both heels crashing into the opponent’s stomach. She can do a standing variation of this or execute it off a springboard.

With an opponent in the corner and laying against the turnbuckle, Novae both get up the top rope on both sides of their fallen foe. After a quick signal, they both jump across the ring and hit their opponent with twin coast-to-coast dropkicks.

Tatiana and Valerie aren’t truly blood sisters - they’re stepsisters, related only by marriage. However, you would be forgiven for assuming they had blood relation. Though they don’t look that similar, the two of them have a bond that few without natural ties can share. They rarely leave each other’s side, train together, chat together, go see movies with each other, and perfectly complement each other in the ring.

That being said, there are differences between them.

Valerie, being the older of the two, is more mature and nuanced in her approach to things. While her style of fighting is almost as fast-paced as Tatiana’s, she likes to at least work to an overall plan, even if seems like she’s playing fast and loose. She plans ahead and is extremely methodical in her approach to life.

Tatiana, on the other hand, is a true wild card. She’s impulsive and brazen, and doesn’t think too much before she acts, preferring to throw caution to the wind and rely on her instincts. Her body is always one step ahead of her mind, with mixed results - she has great instincts, but can sometimes fall deep into a situation she hasn’t thought out.

The two of them balance each other out well - Tatiana brings passion where Valerie lacks it, Valerie brings caution where Tatiana lacks it.

The Cosmic Circus was a world-famous show, boasting some of the best talent from around the world. A three-ring circus, it regularly pulled in packed crowds, and was well known for its variety of acts, not the least of which included a daredevil high-wire act.

As with many such acts, there was a family involved - Sergei Siamko, his second, wife Natasha, and their daughters, Valerie and Tatiana. They were called the ‘Four Stars’, and were the pride of the circus, one of their biggest draws.

However, that all came to an end when Natasha suffered a particularly nasty fall, after one of the trapeze broke due to poor maintenance. While the net caught her, she fell on her shoulder and twisted it enough to dislocate it. She recovered, but her arm was never able to properly support the weight of the trapeze again. They could’ve recovered from this, but their father had a bought of depression shortly thereafter, blaming himself for the incident. While the sister kept up their act, they felt they needed to get some extra money to pick up the slack of their parents.

That was where where wrestling came in. As the circus moved through Asia and Europe, they would come across wrestling shows, and the two figured they could use their acrobatic talents to excel in the ring. It was rough going at first, but they eventually settle into their own styles and garnered some success in the wrestling world, doing guest matches as the tag team ‘Novae’.

Years later, the circus is taking a bit of a break to reorganize, and the two sisters have set their sights on Japan, eager to make their marks in the upcoming Friction World Cup...

The sisters have a variety of outfits they can wear to the ring, brilliant and color clothes they liked to swap around to keep things fresh. 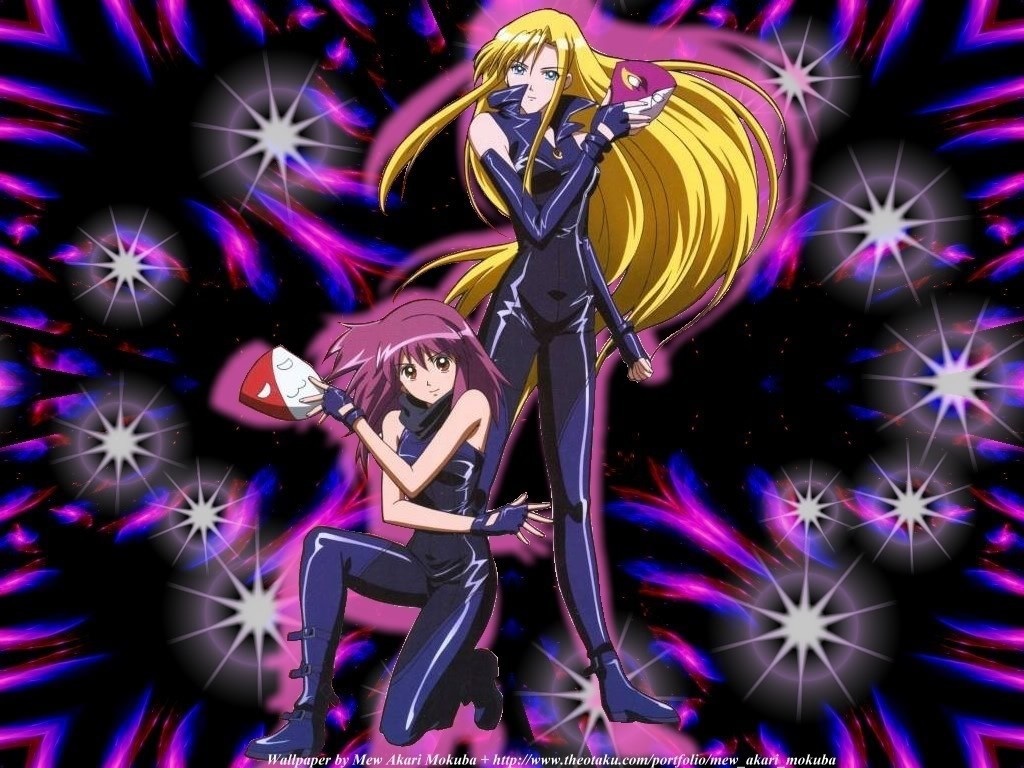