Strategy: Highly dependant on which girl is in the ring, but when paired together at the same time they will try to work to eachother's strengths. Zoey will try to keep the opposing team's attention to give her mother openings to pull off devastating power moves, and Laura will hold opponents still for her daughter to land hard aerial attacks.
Preferred Matches: Regular 2-on-2 tag matches, tornado tag matches, or elimination tag matches.

Signature Move
Spring-loaded Tornado DDT
Typically used against tired or dazed opponents when an opening is presented, Laura will put both hands together for Zoey to step onto, before launching her like a catapult towards an opponent of choice. Assuming she isn't thrown too hard or too gently, Zoey will catch her opponent's neck with one arm and her momentum will carry the pair hard into the mat, the victim landing head-first and receiving the worst of the blow, leaving Laura to handle the remaining team member. History: Laura gave birth to Zoey eighteen years ago, but before that she was a pretty successful wrestler in France, and made quite a bit of money for herself from the experience. Seeing an opportunity for an interesting team to form, AFW offered contracts to both Zoey and her mother Laura at the same time, after which Laura more-or-less told Zoey she was going to be her tag partner, much to the daughter's embarrassment. 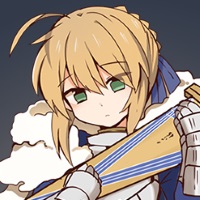