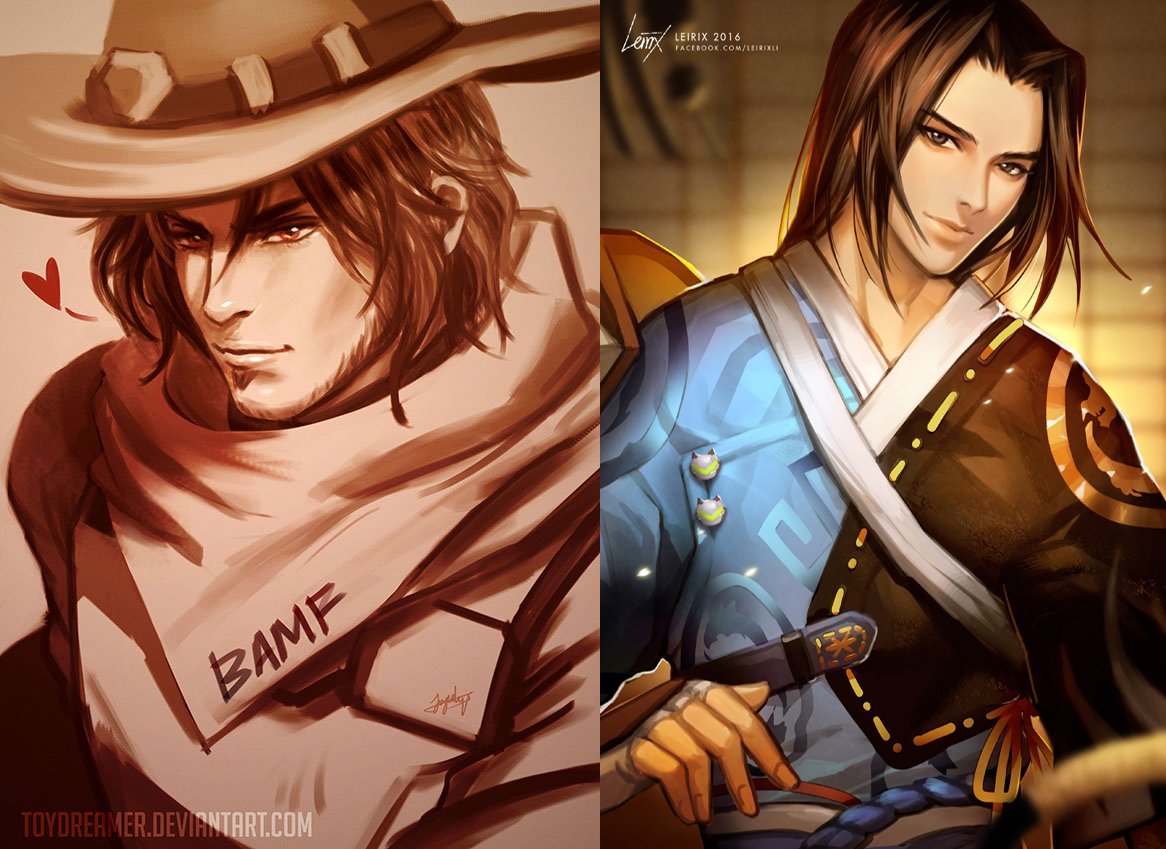 Breath Of The Wild: Hiro will first irish whip the opponent into the ropes, where on the rebound he will use his hands to force them up into the sky for a Flapjack, where on the fall James will be waiting to catch him in mid flight with a double knee impact to the face. (Video for reference)

James Canton & Hiro Shimada are two very different people to say the least. You would think two people with such a variety in personalities would never get on, but you know what they say? Opposites attract. Hiro and James were both separately hired not long ago to do another man's dirty work and were to work in a team unit. Whilst doing the operation they both managed to find a way to get along, with each using the other persons abilities to their finest and working extremely well as a team. Eventually both men became close friends and decided to quit their previous lifestyles, trying to find a better means of earning money together as a team. Eventually this lead them to the world of professional wrestling, where they found a poster hiring tag teams for their Tension division. A few months later and both men were fully trained and ready to begin their time on the big screens and in the ring.

Both men are bisexual and are also available for singles matches.

Wrestling Style
James tends to go for a more high impact style, hoping to do strikes and throws that can leave it's mark and tries to stay on the move and not give his opponent's much time to recover.

Signature
Flashbang: James will jump towards his opponent and grab the back of their head, making sure their face collides with his knees as James drops to the floor.

Finisher
High Noon: James will wait for his groggy opponent to get up to their feet, before spinning around and preparing his fist to hit a huge discus knockout punch directly to their face. 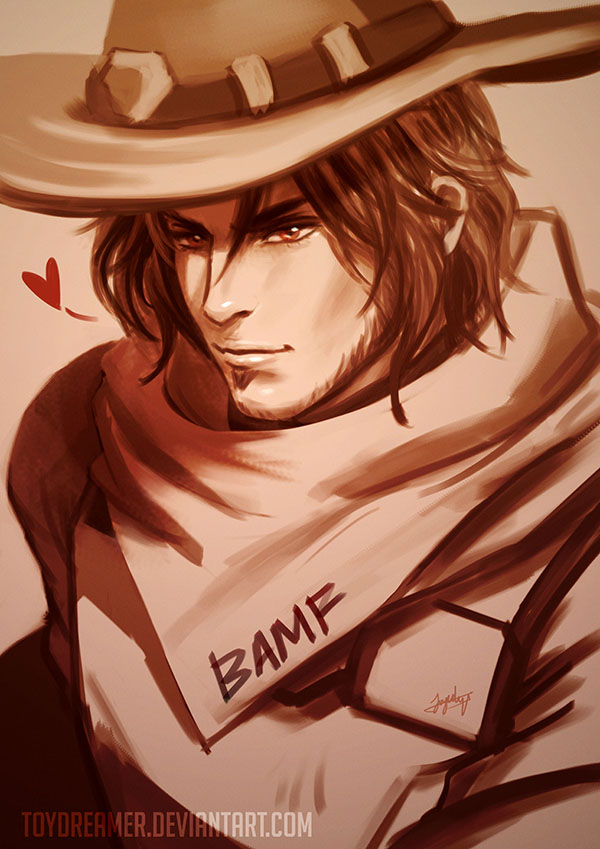 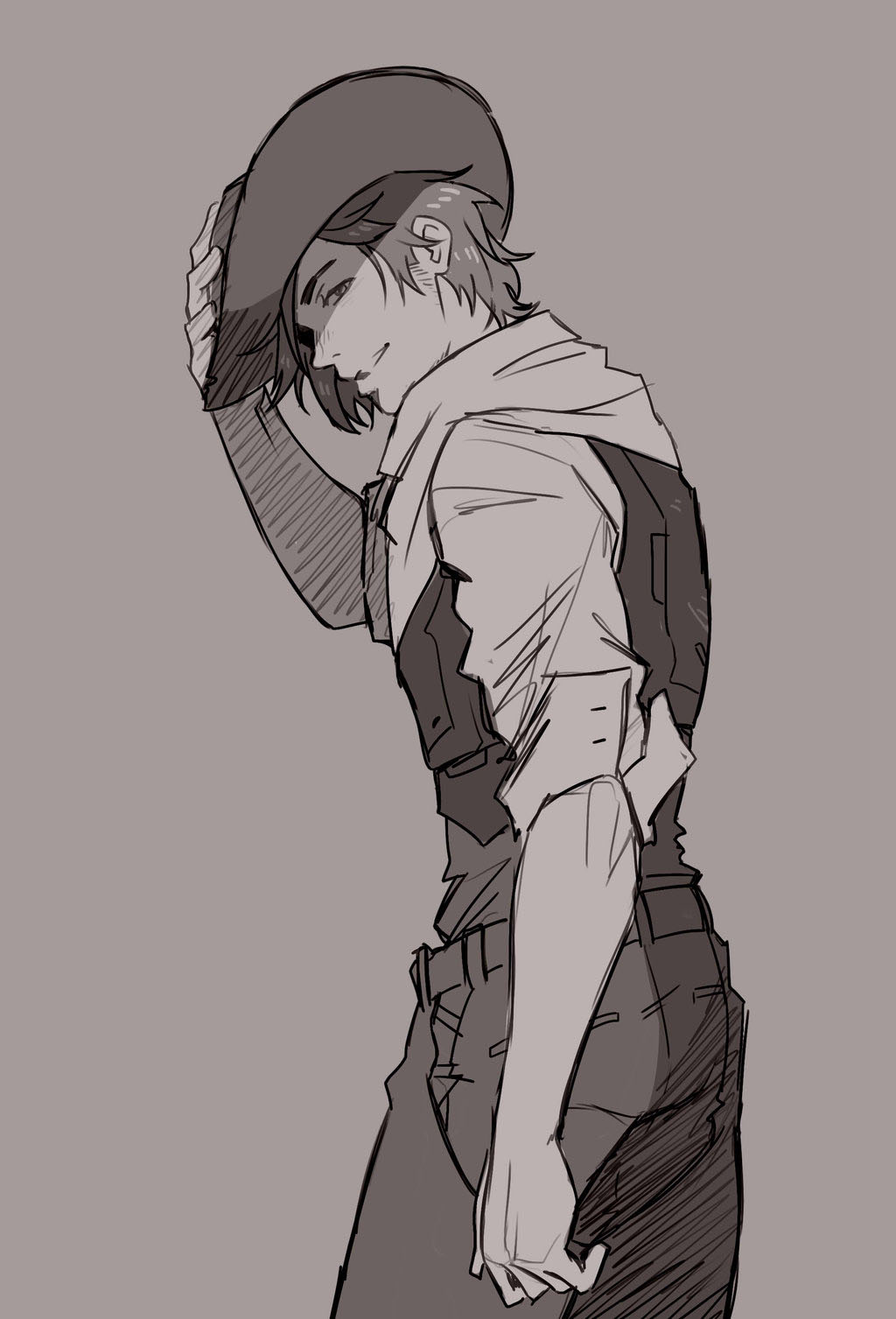 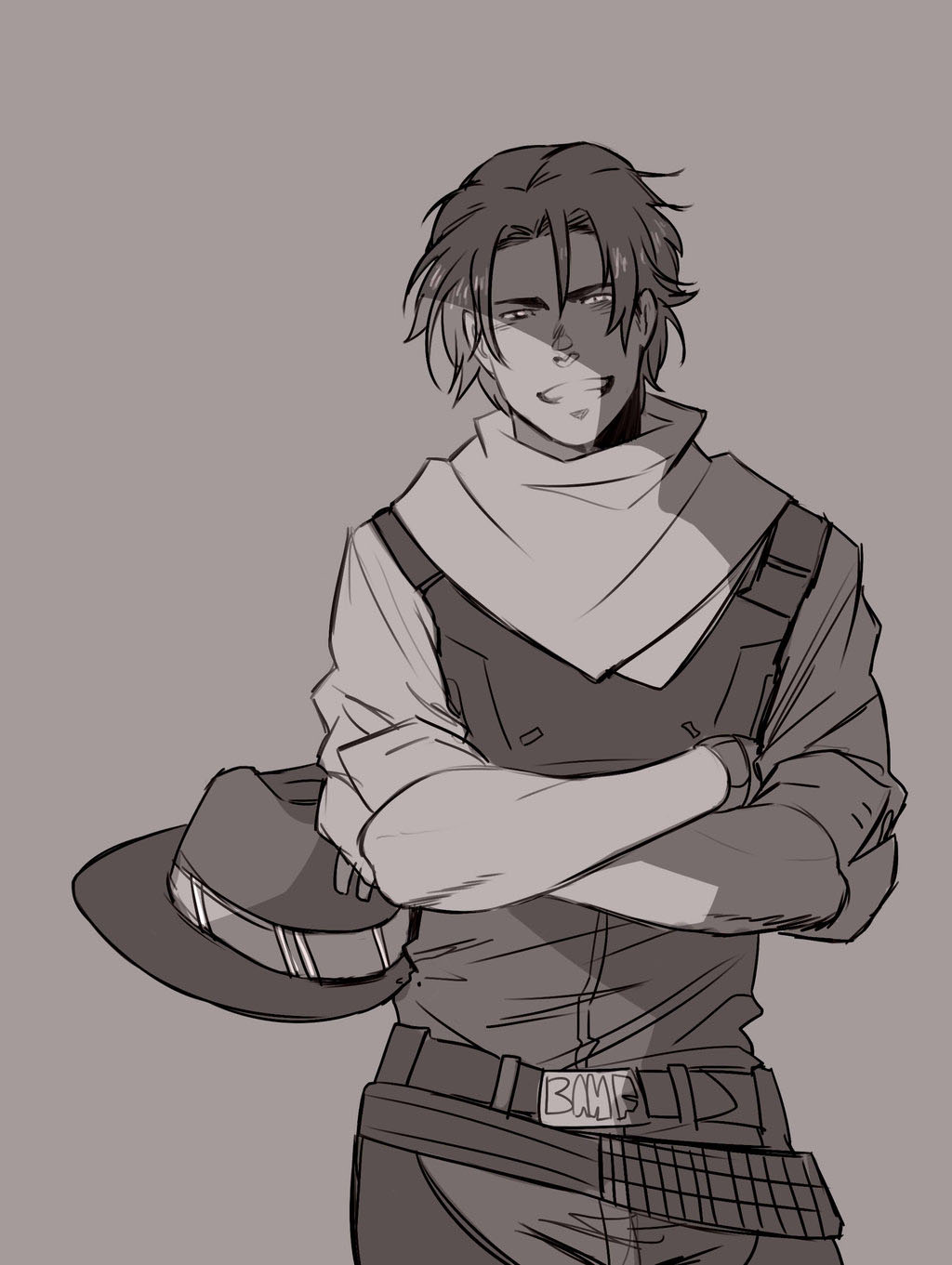 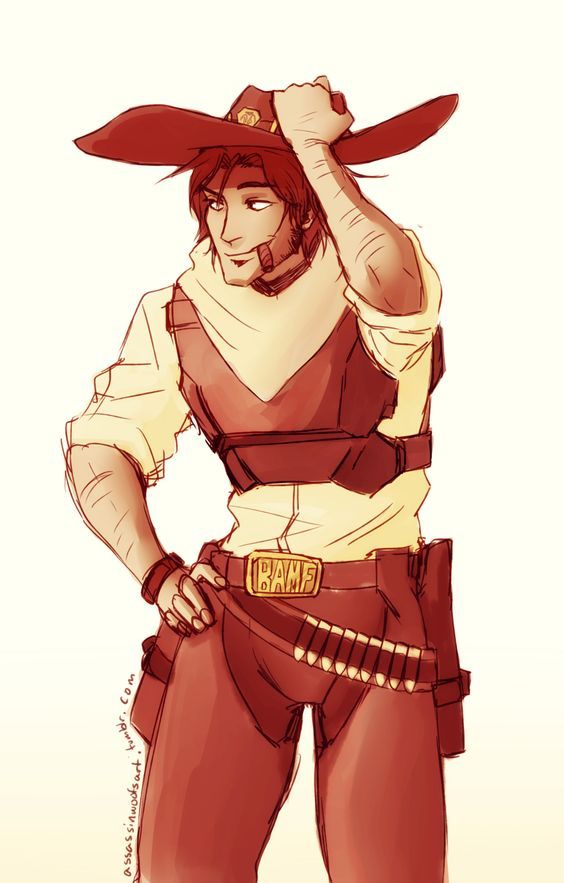 Personality/Backstory
James is usually the more upbeat of the Shimada Stallions, always looking to have a fun time, but can get serious if there is something big to gain or if he's against a really formidable opponent. When opponent's face him expect his usual smiling self to show up, but just make sure to not get on the wrong side of him because he won't hesitate to hurt them.

James Canton was born in the outskirts of Texas, being a single child raised by two loving parents and spent his younger life growing up on a farm, where he looked after cattle and learnt how to protect himself from a young age. Once he was of age he decided to finally live his dream and travel the world, picking up small jobs here and there as he did. His friendly and outgoing personality meant he was usually good at making friends, but one day this lead him to get tempted into doing some not as nice deeds. A high ranking individual was looking for men to do work for him such as robbing trains full of precious cargo or protecting convoy's from delivering illegal items. Having found James on his travels one day, the man managed to convince the cowboy into doing the work in exchange for good money, and the stubborn Canton couldn't resist. Through this he met Hiro Shimada, and the rest was history.

Wrestling Style
Hiro is the more calculated and calm of the Shimada Stallions, looking to think of a game plan as he enters the ring, looking to hopefully counterattack his opponents and make them cost dearly for it. His usual wrestling attacks involve calculated strikes to the body as well as various moves and submissions to wear down his opponent.

Finisher
Dragonstrike: Hiro will lift his opponent and hang their legs up on the top rope before trapping their head above his shoulder and pulling them towards the centre of the ring with their legs still hung, before dropping back and slamming them face down for a rope-hung Flatliner. (Video for Reference) 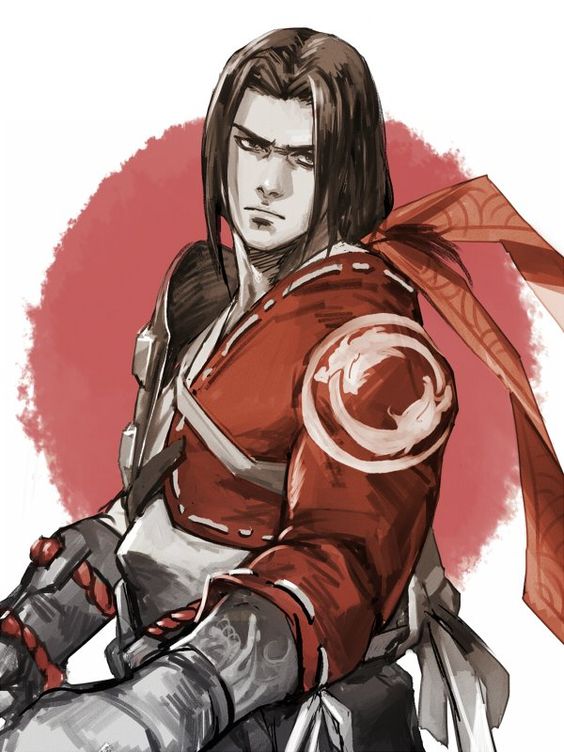 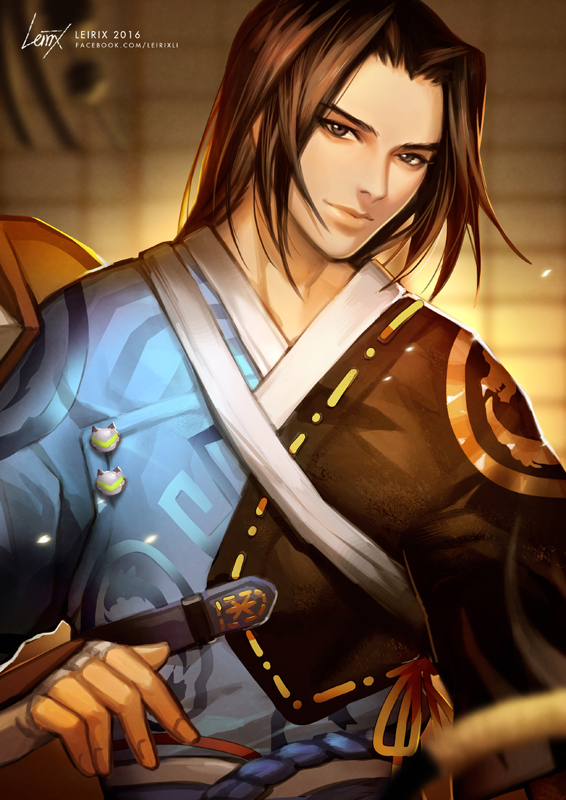 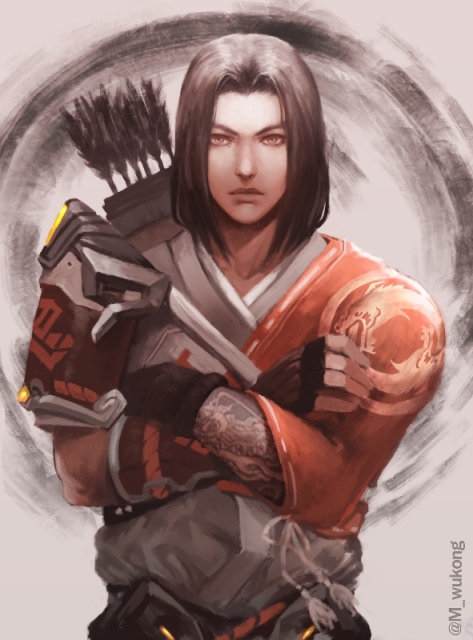 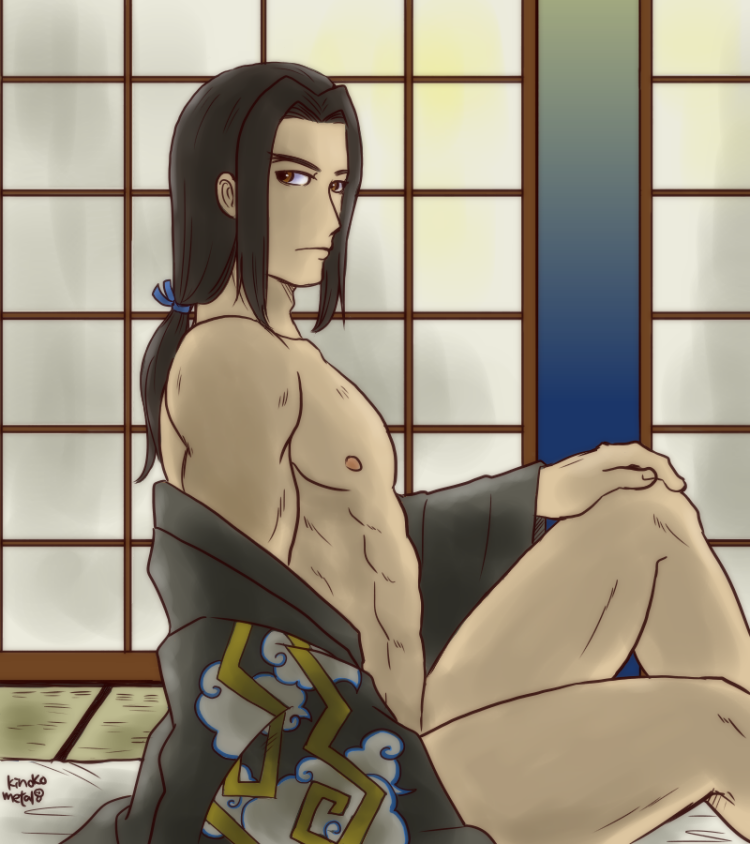 Personality/Backstory
Hiro is usually an intelligent man, being a person of few words and prefers to let his tag partner do the smacktalk. When opponents go up against him they'll usually find themselves up against a calm and collected individual who'll waste no time in getting down to business and dealing damage.

Hiro was born to a strict family, having one younger brother named Koji that he shared his young life with as he grew up in Japan. Eventually as the two got older their parent's strained relationship got worse which eventually lead to their divorce, leading Hiro to grow up with his father whilst Koji left with his mother, that day being the last day they ever saw each other. His father was a ruthless and unforgiving man, teaching Hiro the ways of being a "true man" and learning the teachings of a samurai. Hiro and his father's relationship grew worse with age as he grew into a young adult, and eventually he left one night, never to return. Left with only his clothes on him, Hiro was desperate for money which led him to work with Corrupt Japanese figures who needed men for dirty deeds. Eventually Hiro was transferred to America where he quickly picked up their language and was led to a high ranking individual who needed similar dirty work done. Through this he met James Canton, and the rest was history. Hiro hopes he can reunite with Koji one day, and hopefully fix their torn brotherhood.
_________________