Strategy:
*Powermoves, but doesn't wrestle that much anymore

Preferred Attacks:
Hip and back areas

Finishing moves:
"The Ram", running elbow to the face

Visual Appearance: Ise dresses usually very normal, preferring jeans and wide sweat-shirts, while on work she is dressed in a custom tailored suit with matching high heels. Her fingernails are rounded and well painted, her hair is an open wild mane.  She has some expensive jewelry which she likes to wear. She usually has a slick smile face.

Physical Appearance: Since going semi retired, she has lost some edge with muscles, but gained back in speed.

Personality:
*Ise is a rather learned person with quite some common knowledge, including steroids, drug abuse  and weightlifting in general. She is a blackmailer, abuser and an ass-kisser to higher ups.
*She is fully aware of her intimidating looks and uses them when rubbed the wrong way.
*Friends would describe her as nice and comfortable in general, but egocentrically when things go wrong and someone is needed to put the blame on him or her.
*She is a typical *good old boy* employee in most cases.
* She is a little bitchy at first contact, but can work professional and friendly with wrestlers, trainers, officials and other road agents in time.
*She also has some cop manners and likes to investigate if something is really fishy.
*Has eidetic memory.

Past/History:
"I...I am Officer Ise, and you are arrested!"
*Ise was born to a Japanese politicians with spanish roots couple who send her away to a private school as soon as she was old enough. Although she didn't spend much time with her parents, it was a loving relationship at most of the time, and her father paved her way to any profession she wanted to work in, including the one of a cop.
"Oh yeah. Police school. That was ok."
*It turned out that Ise was a rather mediocre cop, although she passed the exams with relative ease. Never one to take duty too serious, she was quick to accept a bribe and look the other way if it was to her gain. With the protection of her father, she was fast made Seargant, even Lieutnant in no time. to get some goodwill from her fellow officers and get out of the police station, Ise enlisted at a wrestling federation with a national TV deal, utilizing her brute strength to work as Monster face with a police gimmick in the upper midcard.
"AFW. Ok, why not."
*Ise didn't want to put herself on the road for long while actively wrestling, so she made a deal with her father's help. AFW, notorious for their skill to avoid sexual harassment processes through the use of connections to lawyers, judges and cops, was more than willing to take Ise in, first as a police consultant for drug watch in the locker room, later as senior road agent to test PPV concepts when her eidetic memory was discovered.

Wrestling Attire:
Ise wears a blue, tight cop uniform without any ranking while in the ring.

Fun Facts:
*has several medals of good conduct from service in the police, but is as lazy and corrupt as they come.

Picture on the ID card of Officer Ise: 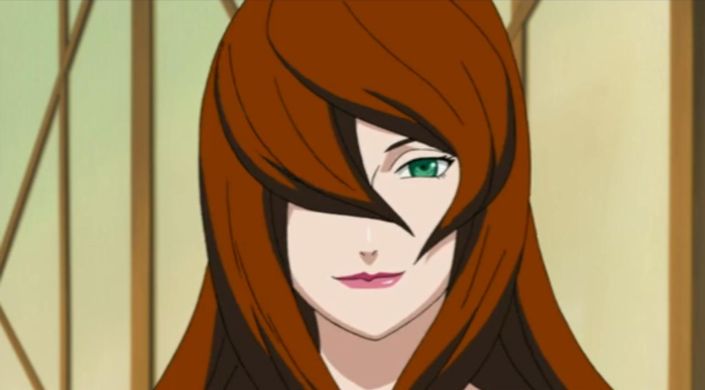 WDL:
1 0 3
*Win vs Brenna
*Loss in the Elimination Chamber
*Loss by DQ vs. Brittany
*Loss by pinfall vs Melody