Strategy:
*Anja can take punishment in every aspect of her life, be it a beating, sexual harassment or any other department, willingly trades pain for a prized attack or favorable position. Fights methodically.

Preferred Attacks:
Anja is a pro wrestler who mixes her wrestling skills with tricks she learned on the streets.
Preferred Matches:
Any Type

Signature moves:
"Wheat and Chaff"
Usually done early in a fight to separate the soft girls from the tough women. Sidewalk Slam, then elbow to the chest before hooking both legs for a pin.

Visual Appearance: Anja dresses usually very normal, preferring jeans and T-Shirts with either Raven motive or the A of Anarchy/Anja. She is well groomed, perfumed and washed if she can arrange to pick up such goods. She has no jewelry and no preference for clothes, she'll wear everything that she can pick up. She has two prized memorabilia of her childhood, an old picture of a group of girls(including herself and Natalia) and an old stuffed crow toy(Mr. Crow) which literally saved her life.

Physical Appearance: Anja has the well trained and battle hardened body of a professional Wrestler and works in programmed routines to stay in shape.

Personality :
* Anja's mind is quite unstable from a life full of exposure, humiliation and abuse. She fights for survival and a better future while hounded by her memories. She has never tried to regain any belongings(like her diploma)except the photo and identifies herself as Karasu if picked up by police forces if asked for her name.
*Anja is always duty-friendly (like a waitress) to strangers. She is scarred from her past and can be extremely paranoid and dismissive because of that. But inside she is a very nice, generous and caring person once she gains confidence.
*She likes crows of all kind, and dislikes big dogs.
*Light sleeper
*Anja has extensive knowledge of the social life of the upper class, especially the customs of the perverted ones.
*She knows all the duties of a housemaid but won't perform them very often, preferring to leave a mess behind. Just because she can do that now if she wants.
*Anja sympathizes in her limits with girls her age(other Victims) and distrusts men(Abusers) and older women(Mistress). The only person she would have trusted her life on is Natalia.
*She is aroused by combating other girls and makes no effort to hide it. Would never voluntarily touch a boy in a sexual way without payment.
*Carves her freedom and will struggle tirelessly against any kind of permanent restraint after being freed of the Mistress of Masks.
*Anja usually cheers up a bit if when she finds a good meal to eat or a shower to use.  Small, free things everyone takes for granted make her happy, but she stays weary and alerted, also testing most things offered to her. She loves to see the world outside a ring or a mansion.
*Passionate Hate for Wagner. As Anja was a child and teen, the Mistress of Masks had only allowed Wagner music in her presence while in her own mansion. Her own taste of music is Industrial Dance.
*Anja is, although younger than most of the girls she has encountered, kind of a trainer, senpai or one-chan for some of them. She tries to be a good teacher, hoping to come clean of her past of breaking new girls for the club.

Wrestling Attire:
Old Entrance:
Anja's old ring was a short, black hot pants and a fitting top covered with pink ravens, without a zipper or buttons to grant easy access to her chest and crotch. Her trademark was the Venice-carnival raven mask she wore before the match started, and Mr. Crow which "waited" backstage for her. Her titantron showed a flock of crows, perching and screaming. She sat herself on a random turnbuckle of a ring and swung a little bit with her dark, rather unfitting music before entering the ring.
New Entrance:
Her new entrance has her use the same clothes as in her old theme except for red ravens instead of the pink ones. Red, crow shaped lights illuminate her way to the ring while rest of the hall is dark. Her titantron still shows a flock of crows, perching and screaming while two little girls hold hands and run through a deserted park with autumn colored leafes falling around them. Instead of sitting on a turnbuckle, she enters one of them, one foot on the top rope and the other on the second rope and stares at her titanthron, giving shit about the audience until the hall is illuminated again.
When she is in a good mood, she dances to her music instead of staring at the titantron in the middle of the ring(Industrial Dance Style).

Indifferent:
Friends:
*Yoshida Tsumi: Tsumi is a girl Anja battled in the US before coming to Japan. Slow to trust, the Raven has yet to decide if she can tolerate the girl for an extended period of time, but tends to do so.
*Ritsuko Inoue: Years ago, the women shared a ring in a small boxing club in Japan and came quite close.
*Natalia
*Sena Iwakura
*Laira Hall: Laira and Anja met in Stockholm at a biker convention.
*Cecilia Northman
*Heather Sunderland.
*Natasha. Several matches, a general feeling of good vibrations and some backstage stuff circling around Heather has turned Natasha and Anja into friends.
Allies:
*Deathbird: Anja and Deathbird form kind of a group, although it's a cuthroat group based on the gaining of both sides. Not much love lost between these too.
*Runia: The former hitwomen and Anja shared a Sensei - Kohai relationship some years ago.
Rivals:
*Natalia
Enemies:
Crushes:
*Natalia 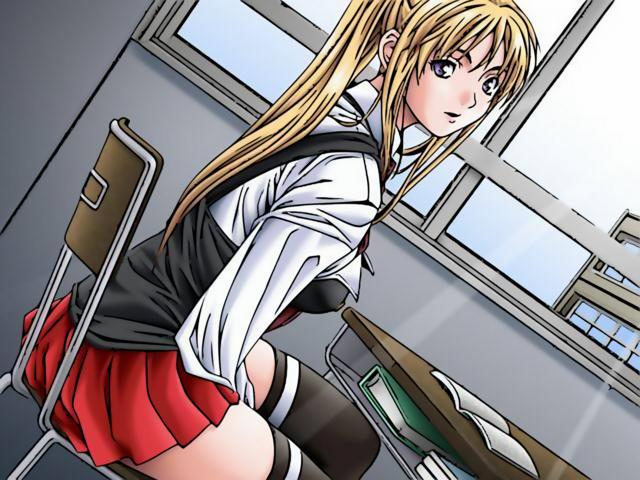