If you're new to post-by-post roleplaying, RPing in general or wrestling RPing here are a few tips to help you out. To help explain things, I've brought in Valkoinen Simo and Wells Quinn to help out!

Valkoinen: "I am not with the having time to explain things to weaklings!" 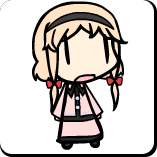 Wells: "I hope I can at least help a little! Would you like to make a wager on how effective I'll be? .... Please?"

Ultimately we decide to roleplay because we enjoy it. If you aren't having fun then you are wasting your own time and the time of your roleplay partner(s)

In a wrestling RP, where most posts are a competition that seeks a victor, do not let this become the sole focus of the RP. Consider what would be fun to write and know that people who are not posting with you may also read your threads. If you give them a thrilling match then they will no doubt come looking to post with you! 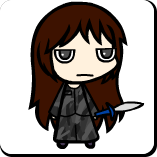 Valkoinen: "I am with the winning all of my matches by using big knife to be with the cutting my opponent into little chunks!" 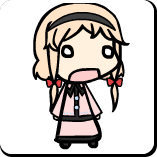 Wells: "I-I don't think I want to wrestle with you!"

No one likes having their characters take hits or get damaged but the excitement of a back and forth match between two fierce competitors is exciting! Dodging every attack that comes your way will cause frustration and friction within the match. For beginners, a good rule of thumb is for every three attacks that come your way you could probably dodge one of them. 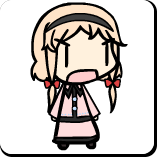 Wells: "*Hah... hah... I'm giving it my all and I'm not even scratching her! I'm worn out but I still have my ultimate attack!"

Valkoinen: "I am with the wanting challenge! Pleased to be actually attacking me instead of being with the providing cool breeze with wimpy simpy fists. Now I am being with the throwing light punch again." 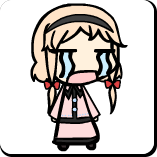 You roleplay your character and your character only. All attacks that are made by you succeed at the discretion of your opponent. You describe your attacks as 'attempts' and not automatic hits. However, they cannot simply dodge all your attacks. Auto hitting is just as bad as dodging all attacks.

Everyone loves to have great characters that can be powerful in the ring but not every character will be an engine of destruction. Think carefully about your character when creating them. Don't think in terms of "this will make sure they win." Instead think if they will be fun to play. If they will be unique and bring the attention of other wrestlers. Most of the greatest characters in literature are known for their flaws, not their lack of. Keep that in mind.

Wells: "I'm ready for you this time! I've been training really hard!" 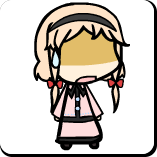 Matches are always a flurry of punches, kicks and grapples and when the action gets fast paced it's easy to want to make things bigger and better. Professional wrestling is full of over the top maneuvers that work as part of a combo or require lengthy set up time.. When writing an attack, think of how long it would take in real time to execute and consider if, in the match, you would be able to execute it before your opponent could realistically stop you. Generally speaking you should perform no more than 2-3 actions in a post which usually consist of a reaction to your opponents attack and an attack of your own. 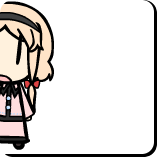 Then, if you are not with the being completely crushed by devastating combo. Then you may be with the throwing single punch in retaliation."
Valkoinen: "Where is with the going of flimsy limsy weakling girl? She was with the being here before I was with the starting of the description of ultimate combo."

We don't just punch and Kick! We also laugh and cry.

As you may or may not be aware, this is a wrestling role playing site. You take on the persona of the character you have created in an attempt to convey their thoughts and feelings as well as their actions. What's going on in their head during a match. Expressing the rush they feel when they pull off an amazing move or what the roar of the crowd does to get them pumped, the pain of getting slammed onto the mat after a suplex, the sorrow of a crushing defeat or the exhilaration of a mighty win. All these things are just as important to describe as what the character is actually doing and enhances the fight for all involved and others who might read the match or rp. The goal is to make everyone who reads feel like they are actually there sitting in the crowd or experiencing the match through the eyes of the fighters themselves!

Wells: "When I first enter that arena and look at the crowd I feel so small! Everyone is cheering and all their eyes are on me. It makes me tremble and most of the time I want to run back into the arena. I try and flip a coin to see if I SHOULD run back, but it always comes up heads... I have such bad luck. "

Valkoinen: "I am with the entering arena and going to ring to be with the waiting for weakling opponent."

Wells: "Somehow I manage to overcome my anxiety but it returns when I look across the ring and see my opponent. Even though I'm in the kawaii division everyone is still usually so much bigger than me! And sometimes I get matches against big huge angry girls! Why would they do that to me, waaaaah!"

Valkoinen: "I am not with the caring about opponent. Pleased to be getting on with match so I may be with the hurting of them."

Wells: "I'm not the most experienced fighter so I spend most of the time falling around the ring and trying to run away from my opponents. But I'm not that helpless! I try my best and sometimes lady luck doesn't completely abandon me! I want to do my best and really make everyone proud! Even though I still couldn't believe it after hearing the roar of the crowd and the feel of the ref gripping my shaky hand and lifting it up. Did I really win?! Really!?"

Valkoinen: "I am with the crushing opponent and getting easy peasy victory. Pleased to bring less pathetic opponent next time aside from wimpy simpy girl." 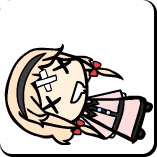 Wells: "Ughh... my head is throbbing. I... I thought I won... I guess I must have blacked out when Valkoinen glared menacingly at me before the match. But... it was so scary! Wait a minute... Val.. you're face looks the same as it did before the fight. In fact... I don't think I've seen you make a different face this whole time. Didn't you at least enjoy the fight? "

Wells: "Is that it!?!?!"
Valkoinen: 'I am with the not understanding."
Wells: "What were you thinking while doing it?"

Wells: "NO! Oh please no! What I mean is... during the fight, what emotions were you feeling? You've got to be feeling some kind of emotions..."

Valkoinen: "Hurting you is with the being emotion."

Wells: "Well at least smile as if you are enjoying it then!!"