Search
Latest topics
» To Wrangle a Reaper: Maria Castillo vs Liz Page
by SleeperAgent94 Today at 10:51 am

Shooting peach: Mika uses this as a standard attack, wherein she lunges at her opponents, jumps and twists in midair so that she hits her opponent butt-first.

Flying Peach- same as Shooting Peach, but usually delivered from the top rope.

Daydream Headlock- Mika gets her opponent in a side headlock and begins punching them in the head and again and again. Sometimes she will then follow up with a running bulldog to the mat.

Medulla Lariat- Mika grabs her opponent by the hair and begins to headbutt her repeatedly. Strangely, this never seems to harm Mika at all.

Background: (Copied from her Wikipedia article:)

"Mika's goal is to be "Star of the Ring." To try to accomplish this, Mika decided she would travel abroad and battle famous street fighters even before she made her official debut. During that time, she met Zangief, a wrestler she is a huge fan of. Zangief inspired her as a pro wrestler to train hard for the next time they meet." 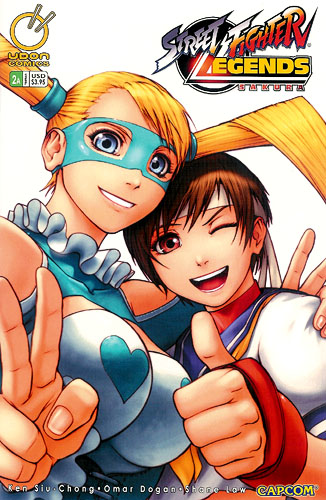 Mika fighting in the ring with her idol, the "Red Typhoon" Viktor Zanghief.