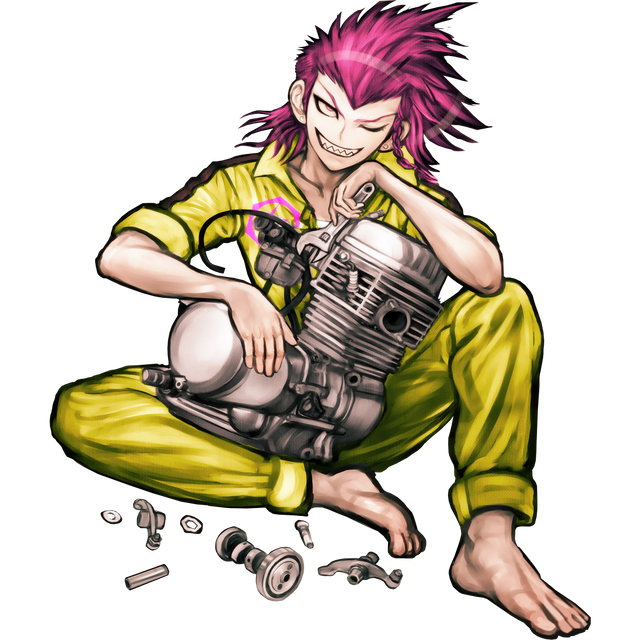 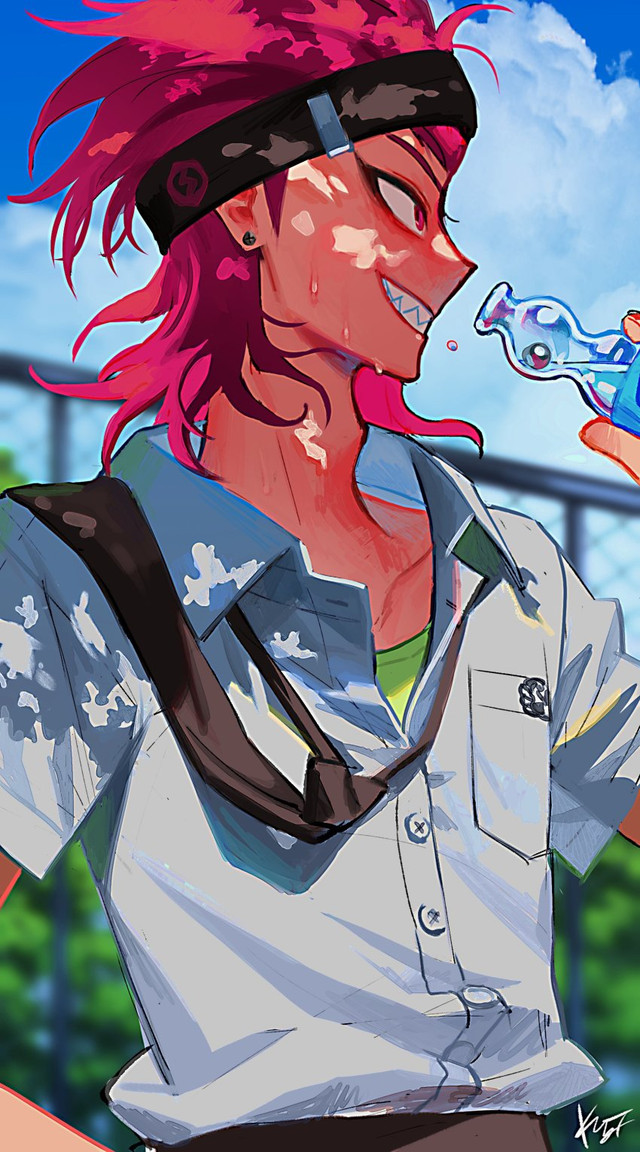 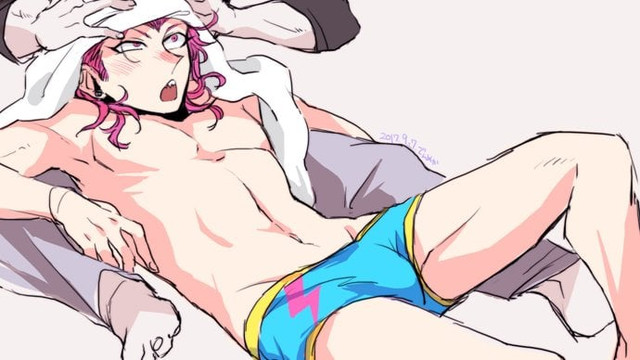 
Style: In Psymon's own words - "Reckless Abandon". He doesn't go into matches with any set strategy in mind, instead opting to go for whatever he thinks would look the coolest in the moment- To, er, *varying* levels of success.


Preferred Attacks: Wild dives and creative use of the environment and weapons- And if he's able to, a few flashy power moves for good measure!


Preferred Matches: Psymon loves verticality, so any match that lets him climb something is a blessing. That being said, he's never opposed to a standard match to keep himself honest, or anything no-DQ to go buck wild in!


Endurance: **** - Taking some heavy slams on concrete from skateboarding is definitely one way to build up your constitution!
Strength: *** - Lifting up engine blocks during the day and lifting his bodyweight while clamoring up fences at night makes Psymon fairly strong for his size, but it's unlikely he'll be slamming giants anytime soon.
Speed: ***** - Psymon lives for speed and has gotten very good at building it up!
Defense: ** - Psymon is all about high risk high reward, which means he very often leaves himself open to attack
Technique: * - Psymon is far from a master. He knows enough to juuust about scrape by in chain-wrestling, but he's much more comfortable soaring through the air than working on the mat.


Favored moves:
Acid Drop - Psymon stands on the apron and launches himself up, springboarding off the top and leaping towards his opponent, looking to catch their face with his hands and drop it down onto his knee in a codebreaker!


Caveman - With his opponent on one knee, Psymon rushes forward and steps up using their knee, before placing his foot on their face and stomping them down to the mat!


Finishing moves:
Brain Bucket - Psymon lifts his opponent onto his shoulders in a torture rack position, before tossing them up and letting them fall- And as they do, he lifts his knee up and bashes them in the back of the head! He usually saves this for when nothing else he's tried has worked- Or if he really, really wants to hurt his opponent.


Leap of Faith - With his opponent on the mat- Or even while they're standing- Psymon will ascend the turnbuckle and promptly launch himself straight for his opponent, flipping forwards for a senton!


Personality: Psymon is a thrillseeker through and through- Always looking for opportunities to pull bigger and crazier stunts. With his wild appearance and brazen defiance of fear, he's used to being the center of attention and doesn't mind it one bit, doing everything he can to impress onlookers inside the ring.


Outside the ring, he's much more down-to-earth- While still very much a fun-loving daredevil, he's a bit more calm and level-headed, not often one to pick fights. However, if he feels he's being slighted or taunted, he's quick to grow flustered or annoyed, and he never backs down from a challenge.


Past/History: Psymon had a simple life before becoming a wrestler. A mechanic working at a simple auto shop, he loved nothing more than to fix up junker cars with his coworkers, who he considered a second family- And in his free time, he got a kick out of hurling himself from crazy heights on his skateboard, a true daredevil through and through!


His days were simple yet perfect for him- Until the auto shop fell into hard times, at risk of closing down. With newfound anxiety of the fate of his favorite job, Psymon went out on his board one day to take his mind off things. There was a large stairset he was currently battling with, and he had just hucked himself off and split his board in two, adding to his bad luck that day... When he accidentally rolled right into an AFW talent scout, barreling him over.


Psymon apologized profusely and stooped down to help the poor man up, but the scout hardly seemed upset... In fact, he seemed rather impressed at the skater's bravery! Deciding to take a chance, he offered Psymon a chance to work for AFW, which Psymon was reluctant at first... Until the money came into the picture. Seeing a chance to help the auto shop, Psymon did what he does best, and jumped headfirst at the opportunity!


He's probably joking. Probably.
-Psymon's body is remarkably unscathed despite his many slams and injuries while skateboarding 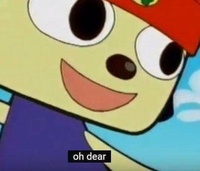