Match ends via Pinfall, Submission, KO, Count Out or DQ 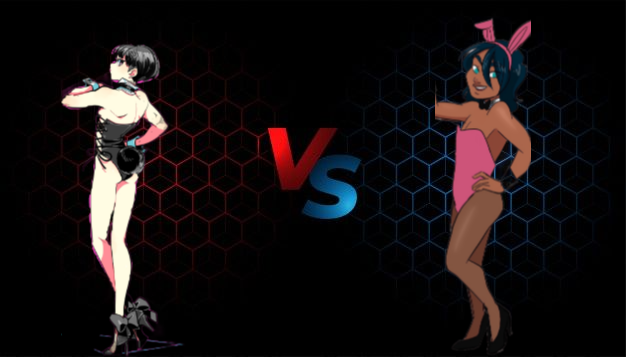 ”Annnd…done.
The first bunny to come up to the stage said, finishing whatever storm he was typing up on that iPhone of his backstage. Obviously not caring about hyping himself up or getting in a few stretches. Much to the chagrin of his manager, Verdé, who of which of would be responding back with a sly smile, to what could only be a tweet. Making Alex look down and look back at Verdé, his blue eyes wide at the reply as he questioned the timing,

”But I haven’t even had time to call my si-

”Which is why I did. Don’t worry about it, Alex. Your sister will be joining you soon. Her contract is being reviewed as we speak. And I believe she might have some select words just for you.”

Alex sighed with partial relief and partial anxiety. Fixing his bunny ear headband while he stood up from his chair and glared at Verdé.
”You know, I would definitely call you a bunch of things that would probably be true but we have a show to run. The black boy did have more to say but bit his tounge when he remembered how Verdé towered over him ten times over. Not wanting to keep his "fans" waiting and not get on the bad side of his temporary manager, Alex slipped on his coat and made his way to the entrance ramp.

The lights dimmed as he made his way to the ring with his music building up, making it so the normal crowdseer wouldn't be able to see him until his theme's beat dropped. The lights revealed the Hawaiian in a red bunny suit, pinned up and holding onto the apron, showing off his "features". Teasing the crowd with a small "tail" wiggle before entering the ring. He was interested to see what his opponent had to offer for this match. 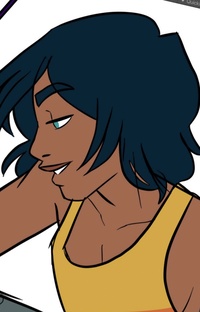 With his outfit finished, his wife Annika tapped his shoulder, letting him know he was being called up. With his music playing, the black-clad short bunny, and the much taller, leotard clad white rabbit, came out onto the ramp, striking a pose together before Annika lifted Rin up and carried him to the ring while he waved to the crowd, getting several boos among the indifferent reactions. Not surprising, Rin had developed a reputation after all, for cheating and trying to wuss out in matches.

Placing Rin onto the apron, Annika stood back to the guardrail and cheered her husband, while Rin slipped through the ropes, winking at her before turning to his opponent...and seeing another bunny boy!

Rin grinned, excited, his head full of lewd thoughts as he looked over his tanned opponent, before walking to the center of the ring, smiling at Alex and putting on his best female voice as he began his trap game.

The look on Alex’s face would be hard to decipher, it seemed to be almost blank as he heard the bunny-clad opponent’s taunts. Blank looks soon turned into confusion as he eyed the bunny boy? Girl? Alex’s mind was a flutter, watching Rin with a pensive eye.

Alex was particularly new to the world of professional wrestling, but so far he has been getting the hang of it, thanks to his manager Verde.

Watching the bunny bandit and then their wife, who towered over both opponents, luckily she wasn’t in the ring with him. He then turned his attention back to the match at hand and the taunts he got from his bunny-clad foe.

“Black Carrot Bandit? Never heard of you girl. And the only thing deceiving about you is that you can actually do anything without your wife carrying you around the ring.”

Rin just smiled in response to his attractive, dark skinned, opponent, raising a hand to shake a finger at him playfully, keeping up his guise of being feminine. "Oh now now, be nice. My wife has agreed to stay out of the match. I'm more than skilled enough to handle you, and *trust me*, you wouldn't be much of a match at all for a woman as powerful as she is sweetie."

Alex couldn’t resist not to rib Rin one more time before the match started, resting his chin on his hands as he spoke in a cutesy tone. "Aw~is that what your wife says to you every night?" He could only keep up for a while before bursting out laughing.

Once signaling he was done laughing by wiping a tear away from his cheek, he then answered this question by slowly turning around and showing his bunnytail covered backside to Rin. Turning his face sideways to taunt him as the bell rung. "Rest assured Rinny, you not touching this at all~"
_________________
My color palette (does not include ochre)