Search
Latest topics
» The confrontation (OldManTai)
by Jstruggs716 Today at 1:26 am

» Antoinette Francine vs James Elfron - Reach For The Stars
by Leon564 Yesterday at 7:02 pm 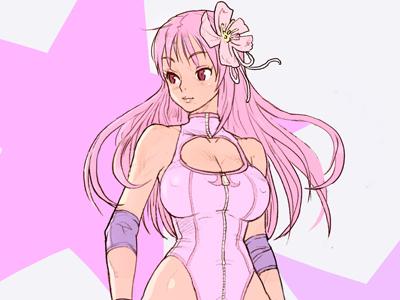 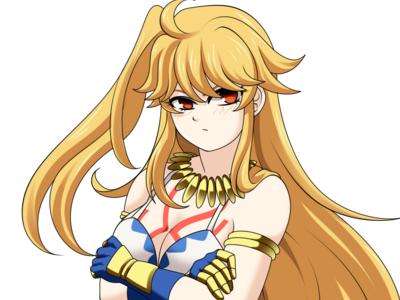 Angela can be seen ready herself as she stretch, wearing her signature bra and skirts as she ready for her rematch with the bitch to start, she been trained for this, she doesn't care if she win or lost, as long as she get revenge, it doesn't even matters, of course, if she did had a clean win, it would simply be a extra bonus as she quickly make her way out of backstage waving at the audience with a confident smug smirk on her face

It was through fate that Aphrodite had been awarded by the company the now merged hentai title belt, a prestigious award that showed off her skill, beauty, and strength to all those that would dare compete against her. This was a show for those in attendance of her divine power as the true goddess of love not just of the AFW but the whole world. It was ordained that she hold this belt, far beyond that of mere mortals, or what she called, just being that good at what she did. A career that now spanned well for a while.

Aphrodite frowned, they used the old picture again, the pink haired idiot do-gooder that couldn't fend for herself. Such terrible weakness, it was good that the pathetic Aisha had died now to be reborn as a goddess anew. And like Aisha, it was time to take down Angela as well. A rotten pest, a false god that needed to be struck down by her hands from her attempts at tackling the climb to holy Olympus.

Her entrance was, as always during a paperview as champion, elaborate and thematic as ascended the ramp down on a small chariot, drove by a single appaloosa horse. The horse's trainers flanking it as they drove down the long ornate ramp before she stepped off. Dressed in a revealing sling bikini, white linens adorning her body as she got into the ring, arms out in a show of royal beauty. Her utmost it seemed was to be as regal as one could. All of course part of the act, though it was hard to find the separation from the performance and the real person.

"I can't believe I have to face you again, but I guess it's only fair a pathetic loser like yourself would be here. Where's your friend, too scared to show up?" she'd tease her as the referee went over to check on her, taking off everything down to only the remaining bikini, "My O' my, I think I kept you waiting long enough."
_________________
-Moonlit Roster
-La Avispa Negra II
-Aphrodite: The Love of the World (Formerly Aisha Love)
-Ragna the Crushing Beast
-Ninja Kitsune Yori Takibi
-Grizzly Yamamoto

"Heh, I don't need him to take you down this time" She said with confident as she glare at her, of course, this time, she would attempt to calm herself and control herself this time, if Aisha consider herself a goddess, then she'll become the mortal that defy god and goddess. Since her defeat last time, she had trained herself so that she can have her revenge

She would glare at Aphrodite "Come on, don't make me wait, after all, I can't wait to have my little revenge" She said as she fold her arms, walking toward Aphrodite as she press her own chest against the so called Goddess's chest, seems to be challenging her as she look at her eyes to eyes
_________________

She would glare at her "We'll see about it" She would mutters out as she glare at her, she had already trained herself as she glare at the goddess, eventually, she would wait for the match to start as she fold her arms, soon as the bell ring, she would make the best move by grab her by the right breast, taunting her before she would twist her nipple lightly

"Let us start your fall from grace" Angela taunt the goddess as she lightly use her own chest to push back the goddess, challenging her with a smile on her face as she have a confident look on her face
_________________

Aphrodite grimaced as the bell rang and quickly Angela grabbed at a breast, twisting the nipple and making her wince in pain. It wasn't unexpected, Angela could be as cruel and vindictive as she was or at least could be at times, something she mildly respected. It was still a bad spot, her opponent just being a hair faster as she shot a handout to slap her away from her. That only had her be partially knocked away as their breasts collided against one another, bouncing jiggly to the delight of the crowd.

"Fall, I've only just begun to arise!" she spoke before taking her right hand and committing her own breast warfare. The supposed goddess of love would take that hand smack it down on Angela's left breast as hard as she could.
_________________
-Moonlit Roster
-La Avispa Negra II
-Aphrodite: The Love of the World (Formerly Aisha Love)
-Ragna the Crushing Beast
-Ninja Kitsune Yori Takibi
-Grizzly Yamamoto

The match start out with a breast combat, she would determine to overpower the so called Goddess, and the queen doesn't plan to lose again as she slap at Aphrodite as hard as possible
_________________

Aphrodite grit her teeth. She knew exactly what was coming after her hands impacted down upon Angela's chest. It would sure sting, but knowing Angela and having fought against her before, she quickly expected retaliation in the form of a slap back. She'd be correct in this wager as she bit her lip, feeling the smack down upon her breast, jiggling them both around and leaving a red welt upon her breast. She had stiffened herself to the pain, but it always still hurt, regardless of who did it.

The Queen would grab the stupid goddess by the hair before pull her into a deep kiss, at the same time, she would bring her right knees up, slam it against her crotch and rub against her while using right hands to stop her from struggling, attempt to take the advantage
_________________