Search
Latest topics
» The Fault in Our Shareholders
by Unlife Today at 3:14 pm

» Standard Match - Collena Browne vs Pearl Cannon
by KEYBLADEkid01 Today at 10:04 am

An Aristocratic Callout (For Snow)

An Aristocratic Callout (For Snow)

Newcomers to AFW usually have what you would call..ring fright but Alois Trancy..never Alois Trancy. When Alois walks out to the ring, people get nervous about meeting him. The 5’3 wrestler oozed confidence and cockiness as he made his way to the ring, his feet tapping to the beat of his electric pop theme with the verse “Being left, being left, being left, being left with me, Narcissus~”, microphone in his hand. It was quite unsure as to why he picked this song, possibly because he was secretly aware of his annoying show-off demeanor or maybe because he just liked the beat of the song. As he stopped his incessant dancing on the entrance ramp, the blonde wrestler took his ever so tentative steps onto the apron, holding the middle ropes as he blew kisses to the crowd, before getting into the ring.

He smiled, kindly as he slowly paced the ring, probably thinking of what he was going to say, the microphone slowly lifted to his lips. When he spoke, he made sure that he was heard, his posh yet feminine voice echoing throughout the ring, his voice made you want to shut him up, yet you were still interested in what he had to say.


”Oh my god you guys I just watched last week’s show of Tension! It was insane! Just like every other night…or well, any other night really! Men and women competing for their rise to fame and stardom. Putting their bodies on the line for YOUR entertainment! Brilliant really...”

He slowly walked towards the ropes facing the crowd in front of him,  as if he was going to have a personal people to people talk as he pursed his lips, probably thinking about what he had to say next. It only took a few sentences but he had the crowd hooked.

“But you know what really irks me is the constant pouring of boring and uninspiring talent that you’ll see every night over and over! You want to know what I see in the locker rooms and rings? I see a bunch of cheap, interchangeable useless men and women…like a bloody slot machine that somehow always barely manages to hit the jackpot. Cheap mannequins that run around in their green and white clown costumes, taking the spotlight of truly deserving…me.”

And then came the boos, the jeers and the taunts came along. But Alois ignored it though, whether from not letting it get to him or the idea that he was right and the crowd was dead wrong. It didn’t matter. He was the center of attention at the moment and that’s all he needed to hear, boos be damned.

”And whether I like to admit it or not, amidst the amount of dweebs in this company, there are a handful of people who are genuinely impressive in the ring. Now I know..it might offend some of you that there might be a possibility that your KO-bras and Jaspers might not be these selected few but there might just be a spot for them actually! Benchwarmers!”
_________________
My color palette (does not include ochre)

"Ah, Well, he seems nice." A Certain Welsh accented voice said in the locker room, watching the whole affair play out on the Television before him, stretching lazily against the wall he leaned back against with a gum-centered lollipop in his mouth... It was Jasper, The little Welsh rookie that had been making the rounds through Tension as a bit of a beloved face with a half-decent track record to his name. Clad in his attire from his appearance during the last Showdown PPV, namely a pair of Daisy-dukes below a white-T-shirt with a yellow band beneath a red-white letterman Jacket with the "Newtype" Armband and a button with an Autobot emblem pinned over his chest, all topped off with a pair of well-used khaki Ugg boots it was quite the personalized outfit.

So, leaning back against the wall and watching the promo getting cut before him with his name even being mentioned once, Jasper naively decided that he'll give this new guy a friendly welcome, He didn't have anything better to do that evening, he'd spent the night sparring and chatting with trainers, working out and taking photo-ops for promotional material, standard fare stuff that the young lad found a bit uninteresting but couldn't say No to and really, He still had a few hours before he could go home but nothing to do as the odd jobs the management needed him to do went by a lot quicker than anticipated... So he had plenty of free time around the Tension Arena this evening.

...So roughly a good five minutes after Alois began his tirade about the state of Tension, a familiarly up-beat J-Rock Beat reverberated through the arena.

Stand Up To The Victory!:

And soon to the slow but steadily rising cheers of the Tension audiences, strutting down holding a microphone a polite stagehand had handed to him with a playful, yet friendly smile on his face came the little Welsh tomcat, looking to make a good impression on this new guy... After all, It'd been a while since Jasper had spoken to a fellow Briton. 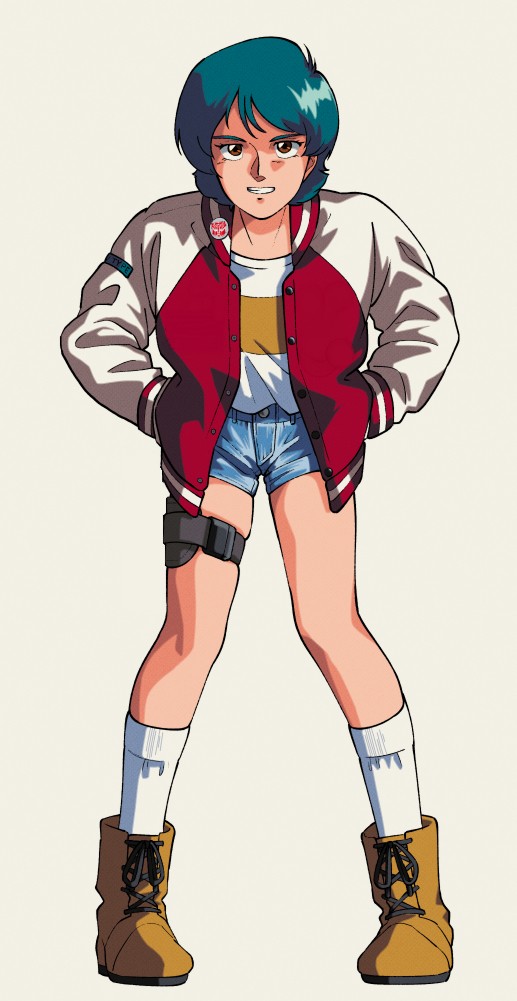 Walking down the ramp and up to the ring, climbing in and gracefully squeezing between the ropes like a playful feline, the boy would stand and look around at both Alois and the surrounding crowd, and then opened his mouth."Sut mae A Noson Dda Kyoto!" He called out in his native Welsh with a friendly look on his face to the crowd to a resounding pop, before turning his attention to Alois and regarding him with that same kind expression he regarded the AFW faithful with. "And a Hello to you too, I'm Jasper Rhys... And you are?" He said with that strong rural Welsh accent, his tone easy-going and calm, the short Bluenette wondering if this English boy would reciprocate his friendliness, that naivety of his still strong.
_________________
Snow's Heroes
(Or Razor's Aces.)

Nobody likes a person who interrupts another person while they're talking, especially people who inflate their egos. As the upbeat J-rock theme rang throughout the arena and the crowd’s boos and jeers turned to cheers and standing ovations, Alois’s cocky smirk turned into a look of utter frustration as the Welsh boy entered the fray, straight out of his Showdown PPV. While the Welsh boy slipped into the ring with an obnoxiously big smile on his face. He stood there for a while as Jasper went to greet the crowd and then looked at him with a look of curious intent.

But there would be no look of contempt for Jasper as Alois already knew what he saw. An egotistical brat who these people have adopted as their underdog. His annoying little smile. His god awful fashion sense. That letterman jacket did not fit at all…and that accent..that thick rural accent is what he hated the most about him. It made him sound like a pathetic commoner..They only actually met for two minutes and the boy already despised him. As he was given the chance to introduce himself to the Welsh boy, he just stared at him with a look of strained patience before finally raising the microphone to his soft pink lips.

The aristocrat finally spoke and when he did, he made sure to sound as condescending as inhumanely possible. His light blue eyes examined him while he began to speak into his mic. The boy then focused his attention to crowd, who cheering Jasper instead of him. Could you believe it?

”Wow..it’s Jasper Rhys, people! The guy you see every bloody week! The guy you fill car parks for! Kyoto’s losing it! Wooooo!..”

His voice during that mock cheering for Jasper being quite literally the example of “bringing quite little to no energy to the table. He looked almost bored actually as he spoke. Once he was done with his sarcastic jokes and condescending remarks, he finally responded to the boy’s question.

“The name’s Alois though i wouldn’t expect you to remember that..”