» Clover Rose vs Mary Clarison!
by Epicsnivy Today at 6:31 pm

Legend of the Shards || A Journey's Beginning

Legend of the Shards || A Journey's Beginning

The thick stone walls of the coliseum did little to mask the fanatical crowd cheers inside. At all hours it seemed the coliseum active drawing in people from all over the realms to witness the brutal sport of arena combat. The same went with the many other venues showcasing fighters from every possible existence imaginable.

This particular venue was one of the smaller ones. Chiseled brilliant white stone arches circulated the whole exterior and climbed two dozen stories up. It had no roof, letting the artificial and starry lights from the perpetual night shine in. One might have even forgotten there wasn't a sun in this part of the realms as the lights were deceptive, yet the starry sky above showed otherwise.

The area was a dense urban area with warehouses and stores on the ground floors with housing and hotels layering on the top, all built of the same stone as the arena, all a different color. Some buildings were blue, others red. There was no rhyme or order to the color other than being vibrant. Beings of many different species and existences passed through cobbled streets, going to or from a fight, but others invested in their work at the various logistics required to maintain the sport of the realms. Food being the primary resource moving through the city.

The crowd of the nearby arena erupted in cheers. The fight featuring a creature named Gore had ended with the obvious champion winning. The streets were going to be full soon as being filed out of the arena, retiring for their day, while others making their way to attend the next match.

Food and drink vendors were wheeling out their carts and the whole area permeated with the various aromas that one might find appetizing or disgusting. The wide streets were now packed as well, nearly shoulder to shoulder as beings and creatures moved about.

It might have been overwhelming for a first timer and you always had to be careful who you bumped into. Thankfully there was one, the Always Fan, Zetz who one would never mind bumping into. 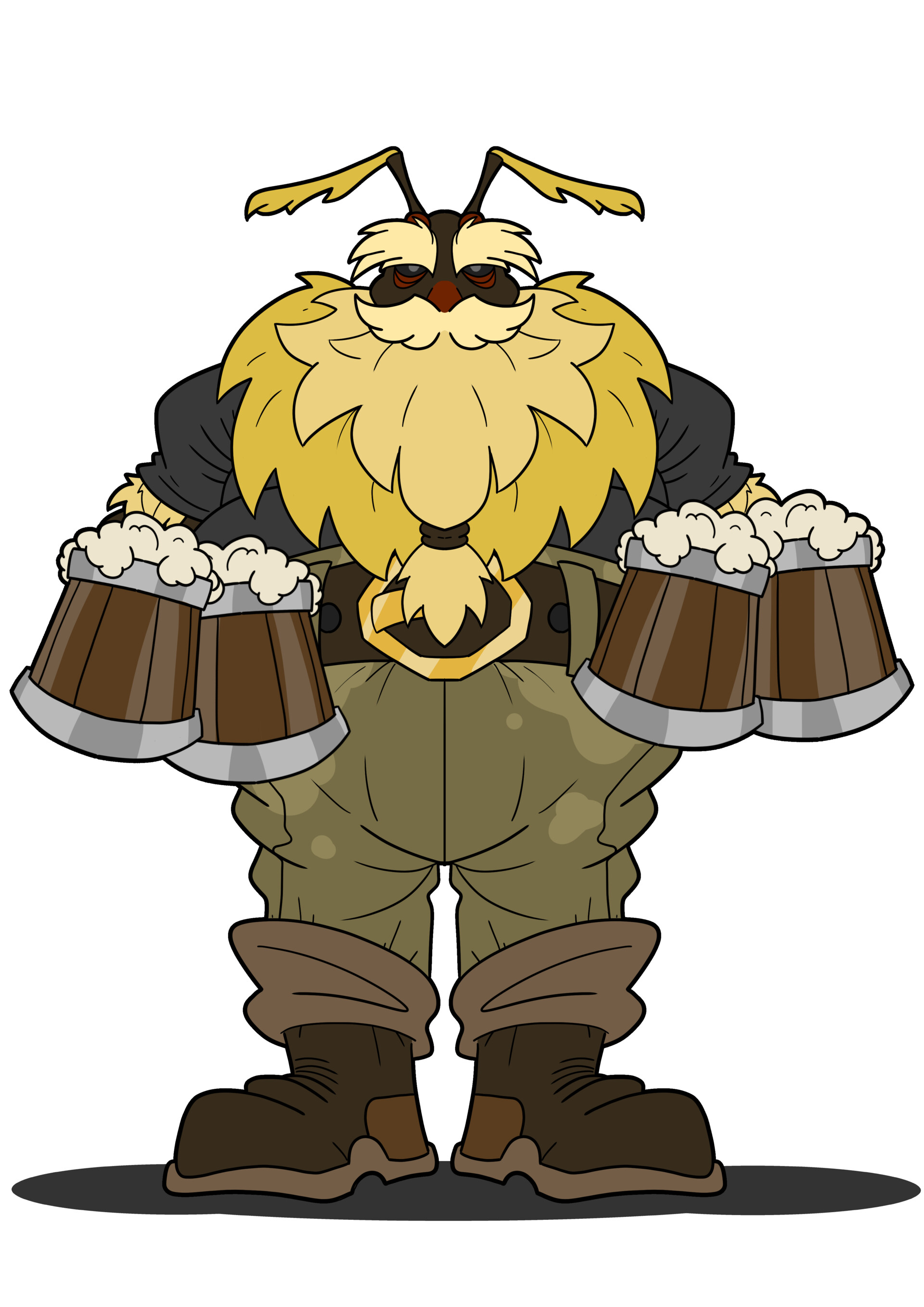 An eight foot tall, massive insectoid being. He was one of many in a hivemind, all similar in appearance. There were tens of thousands of variations of him, all working under a single mind. His only want in life, to view every fight that the Realms would offer. As a result, he became a library of knowledge about fighters and abilities. The best part was, he was friendly to all and willing gave information should any ask of him. Bumping into him was probably the best thing that could happen to an up and comer.

Speaking of, Zetz backed away from the drink seller with two large mugs in hand. Full of a sweet, fermented honey drink that he liked. He hadn't seen where he was going and backed right up into a furry little thing.

"Oh sorry there!" Zetz turned glancing down to the figure he had nearly crushed. "Ah what a treat! Felix! Come with me, boy-o! I've got an extra ticket for the match if you wanted to view." He took one of his four arms and ushered the lad along as he walked them into the arena.
_________________
Honcho's Hotshot Hostel: Character Roster

Re: Legend of the Shards || A Journey's Beginning

Felix Vulpini had traveled many, many miles across Gaia to reach the city of Tsubar, where stood the great tree and the Sovereign Realms Wrestling league. During that long journey, he had met many different people, some kind, some hateful, but none had been as...unique as Zetz. The food vender was...an odd fellow. Excitable, extremely knowledgeable, and luckily for Felix, a kind man.

When Felix had first arrived in Tsubar, he was completely and utterly lost about where to go in the big city, and bumping into Zetz...or one of his many other Zetz's...and the kind giant instectsoid had given him a ton of information on the city, the league, and the matches, and seemed delighted to know that Felix was joining to wrestle himself.

Today, Felix wasn't scheduled for a match, and had been wandering about when he saw the familiar bug and went over to him to say hi, the pup clad in just a tunic and his usual shorts, and, after nearly getting stepped on by the massive creature, he soon joined Zetz as they walked towards the arena.