Still hot off her debut, Naya was already throwing herself into another hentai match. Not that she was complaining of course. She had proven what she was more than capable in her debut, and she wasn't going to pass up an opportunity to do it again, especially in a match that promised to be as simulating as this one. She bit the inside of her cheek as she paced around the gorilla position, contemplating what a match like this could mean for her. While Naya was far and away from a cruel girl, this match would force her to be alot more unrelenting than her personality would suggest. Twisting, squeezing, and squishing an opponent until they couldn't take it any more, their defiled body on display for all to see.

She stopped her pacing with an abrupt stomp of her bare foot on the cool concrete floor, startling the nearby stagehands. She'd be damned if she'd let herself be on the receiving end of all that. Besides, it was right up her alley: submissions, slams, sex. As daunting as this match may seem, there was no reason why that should hold her back from performing at her best. With renewed vigor, she slowly approached the entrance curtains, twisting her body to impressive lengths as she completed a few last minute stretches. Finally, her entrance music blared out in the arena for the second time in her career, signaling her cue to greet her upstart fanbase that was sprinkled amongst the thousands in attendance tonight 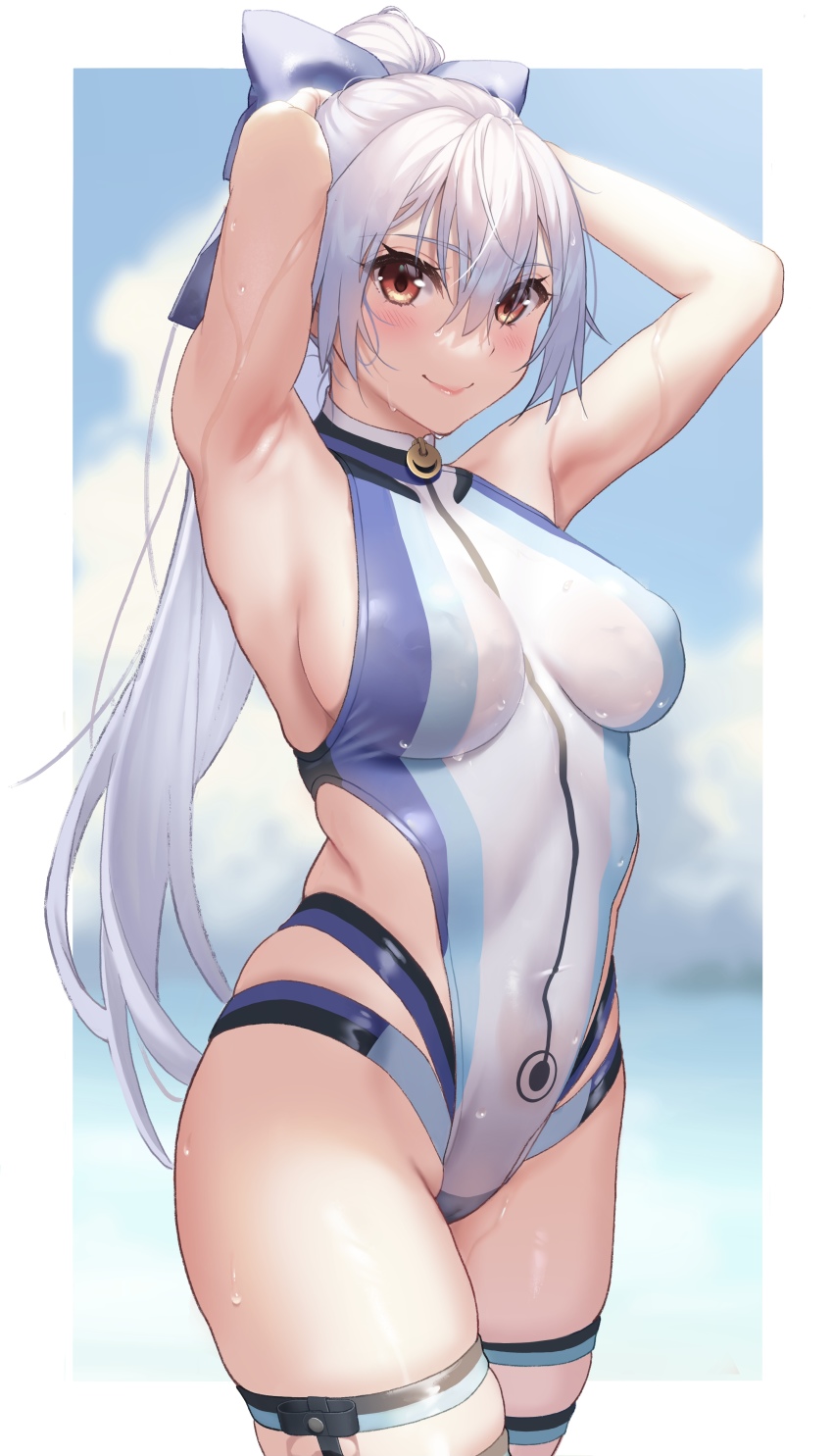 As she graced the stage with her curvy presence, she was greeted with a cheer far louder than expected. She played into the crowd's excitement, running her fingers down her tight leotard as she accentuated her voluptuous features. She skipped down the ramp, high fiving as many fans as she could as she neared the ring. She blew one last kiss to the nearby audience members before making her way up the cold metal steps and slipping into the ring. She was alot more confident now since her debut, and she made sure to show it as she finished up her entrance with on last promiscuous dance around the ring. Elated with the love she was receiving from the horny crowd, Naya finally retreated to her corner, rotating her hips with sharp twists as she loosened herself up for the submission escapade that was about to ensue.

She passed only a fleeting glance at the opposing entrance curtain, revealing a brief interest in who her opponent might be. Whoever she was, Naya was about to turn her into a pile of wet putty before the night was over.
_________________
Buckle's Busters

Keiko would head down to the ring for this Hentai Humiliation match, and she remembered how in the past she has only really won because of help from a sextoy in these matches. So She'd walk down with a strap on with her, but the referee would take the sextoy from her upsetting her before she'd complain. "Are you kidding me?! If I got to use that, I was going to beat her!!" Keiko pouted pissed off before entering the ring and seeing her soon to be opponent. She was a bit uneasy without her strap on to try to use to take advantage of. Keiko would put her hands up to show she wasn't a threat, but once the referee rang the bell, she'd try to sucker her opponent with a kick aimed for her abs.
_________________
The Rock of Eternity- My Roster

Naya smirked as her opponent approached steadily with what appeared to be a toy in hand. Apparently somebody had forgotten to fully read the rules before agreeing to this match. She couldn't help but giggle as as the sextoy was snatched from her hand by the referee, a surprised and upset look on her young opponent's face. They didn't even have time to get the usual greetings and pleasantries out of the way, as the bell rung soon after and Keiko launched into the offensive right a way. The kick caught her off guard, with Keiko's foot burying itself deep into Naya's side.

She stumbled off to the side, clutching the point of impact as she winced in pain. Refusing to let her opponent take advantage of the situation, Naya grit her teeth and set to work on a counteroffensive. Lowering herself into a grappling stance, Naya charged forward, hoping to tackle her aggressive opponent right into the mat before she made anymore use of those nimble legs of hers. If she succeeded, Naya would then begin intertwining her legs with her opponent's, all while planting her wrists firmly to the mat in order to complete her grapevine pin overtop the girl!
_________________
Buckle's Busters