Strategy: Eva takes advantage of her size and strengh to beat down her opponents with strikes and power moves and then finishes then up with her aerial finisher move and a pin. This preference for flashy moves and an agressive style tends to ender her to the fans, but her somewhat narrow gameplan and lack of skill in other areas make her vulnerable to counters and submissions.

Type: a power mover who can hold herself in a braw and a capable air striker, while a bit mediocre when it comes to submissions and countering

Speed:
Agile and fast but held back by her size

Defense:
Due to winning most of her pre-AFW matches with strong unilateral offensives she never bothered with this

Striking:
Great striker with dangerous clotheslines and a powerfull puncher and kickers

Submissions:
Prefers to beat down and pin her opponents to submission holds

Aerial:
Capable air striker, tends to save aerial moves to the endgame of the match

Countering:
Aways on the offensive, has not developed countering beyond the very basics

Personality: Always an optimist, Eva tries to keep a positive attitude regardless of the circumstances and is disposed towards liking other people. Her friendly persona has a competitive side to it she lets flourish in the ring, where she always looks for new challenges to improve herself. A committed face, Eva fights fair and trusts her opponents to do the same, making her a popular sparring partner but also vulnerable to more conniving wrestlers.

Past/History: Born in the dry interior of the brazilian Sertão to a large and caring family, Eva lived a happy childhood and from a young age sought to distinguish herself, be it at school, playground games or sports. At 16, Eva's parents realized her potential and sent the young girl to study at the state capital. Between her classes Eva discovered the small but brumming local wrestling circuit and started to spend most of her free time watching matches, training and eventually entering the ring under the moniker "Flor do Sertão". Her family was initially skeptical of this unusual choise of career, but were convinced by her many accomplishments in state and latter national promotions and tournaments. After becoming one of Brazil's most popular and promissing young wrestlers Eva was contacted by the AFW and after many tearful goodbyes moved to Japan to take the next step in her journey as a wrestler. 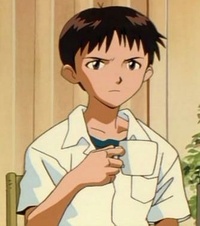