» [Two Out Of Three Falls Match] Margarita Jorgensen vs Serafina Kunisada (D) - The Stars That Shine Brightly
by Jaystar Today at 6:20 pm

» Crossing the Wire: Nidia Roja vs Barbed Wire
by Harrier Today at 6:16 pm

Cocky Attack on Titan Face Claim DESTROYED with Swords and Logic! You won't believe what happens next!

Cocky Attack on Titan Face Claim DESTROYED with Swords and Logic! You won't believe what happens next!

Both combatants are to fight in a traditional Japanese room with twin racks of weapons on either side of the room.

Combatants are to choose one or more weapons to do battle with.

In the event a combatant is disarmed or their weapon is broken, the fight continues even as a new weapon is being retrieved.

Combatants are allowed to switch out weapons but are discouraged to do so as it is a pussy move and they will be laughed at and called names by a choir of imaginary mean kids.

Physical grappling is allowed but only as a means to position for weapon attacks.

The fight ends when one combatant is unable to continue after a 10-count or verbal submission.

When it came to a fight like this, punctuality meant a lot to Koyuki Sanada

Not because it was professional; she didn't give a rat's ass about how she came across to an opponent she was going to smear across the arena.

Not because she hated keeping people waiting; one of the few lasting joys in life was to leave people hanging, to passively remind them that their time was worth far less than yours.

Not because she saw it as some kind of arbitrary measurement of inherent worth; early or late, she was going to get the job done.

No, no, she was here early to get the lay of the land. Every arena had its nuance. Even the small differences in the boundaries of cage and ring meant a massive adjustment in how and where the fight would be taken. In a room like this with hard walls, too many pillars to pivot around, and a hard wood floor with only a thin carpet as an ineffective cushion? Even more adjustments. Still, she vastly preferred it to fighting inside a ring. The soft boundaries of the ropes pissed her off. If there's an opening, it was made to be exploited, and the ropes had two big holes in between each other to shove one nice, warm body through a 3-foot drop onto solid concrete.

More importantly, she was here to survey the arsenal before she committed to one. Dressed in a white patterned kimono with a black obi, Koyuki slipped out of her red slippers as she entered the room, with only her tabi separating her feet from the hardwood floor. The smell of the whole place was off. All minty wood, no sweat. New and unused. All fresh aesthetics without the subtle history of battle that should accompany such a place. Sad. She was going to have to work extra hard to gouge some personality into the place.

After a brief survey of the room, Koyuki went straight for the weapons rack on the far right of the room. At a first glance, the options were acceptable. Her favored Naginata wasn't there, but the were a wide assortment of wooden variants of the old weapons: bo, katana, tanto, wakizashi, kutte... she squinted at a few of the odder choices. What the hell was she going to be using a wooden shuriken for? She ran her fingers through the entire rack, savoring the feel of flesh on quality wood. All Japanese loquat. Momentum had not spared any expense, she would give them that.

She picked up a bo, twirled it over her head, and brought it down forcefully in a leading stance, her hands gripping the shaft tightly. Was this what she would use? The reach was undeniable, but it wasn't a fight if she fought evasively from a distance, picking off an opponent outside the boundaries of battle. The tanto presented the opposite problem: no reach. The kutte was barely a weapon, but then again, this was all just her whiling away the time. She knew what weapon she was going to settle on from the moment she accepted this fight, even if she briefly entertained the idea of switching up.

And it would be Koyuki's greatest honor to smash her brains out across redoak floor.

She kneeled on what end of the room, her bokken placed diagonally in front of her, and waited.

Re: Cocky Attack on Titan Face Claim DESTROYED with Swords and Logic! You won't believe what happens next!

One: Set your heart ablaze.

Masuyo felt like it was those first days all over again. She had to repeat those words to herself again and again inside of her mind. The first tenet she ever learned of the Path of Ai.

Before she found MMA, before her determination to become strong, before she realized her center through aikido, there was a time when the Demon of Shibuya didn’t know what she was truly capable of. That was when doubt weighed heavy on her mind. When the notion of fighting made her fingertips tremble.

Right now, there was nothing of the sort. Masuyo donned her uniform and walked through the halls with an unchanging grin slashed across one side of her face. She saw the door waiting for her at the end. The fire flickering in her heart and the trembling in her fingers all born from the uncertainty that came ahead of her. Her bare feet graced the wooden floorboards with pride in every step. There was purpose in the air tonight. What gave her the resolve in her eyes? Why wouldn’t her body stop tingling? Simple.

It didn’t surprise her. Masuyo knew she would come to AFW eventually. Some small part of her had kept that in the back of her mind all this time from the very first day she had stepped into the ring for her first match. She just never expected it to be in this arena. In a fight that was blistering with cruel nostalgia.

Masuyo slid the wooden doors open and stepped through to the tatami floor on the other side. She faced the kimono-clad figure knelt on the other side of the room and bent forward her hands at her side with a deep bow. Masuy took another step forward, as if crossing some imaginary line. Then, all of a sudden, Mausyo gave her opponent a wide smile and raised a hand high to greet her. "Yo, Koko! Been a while!" 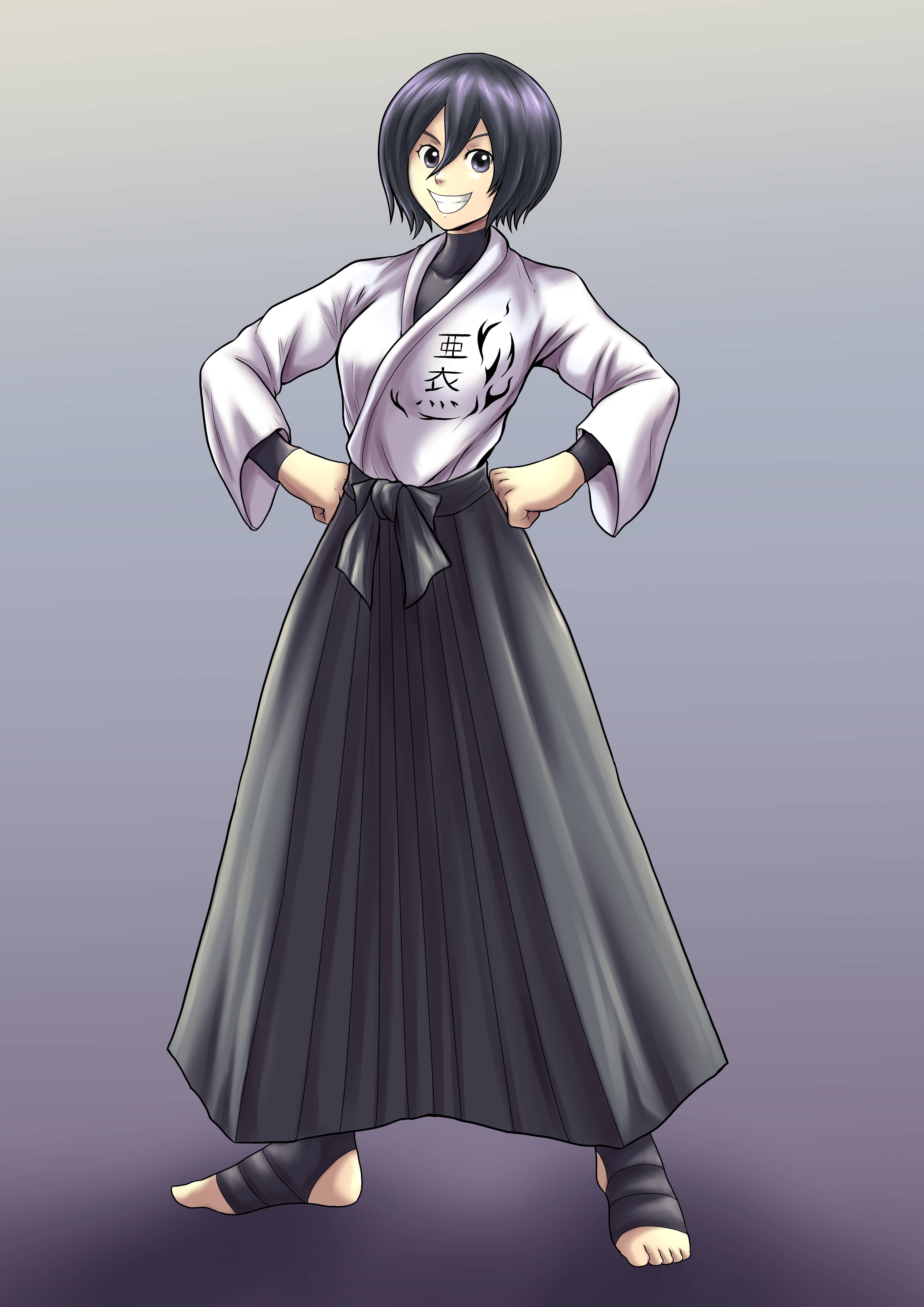 Her eyes went from the woman on the floor to the next object of her fascination. Or objects, rather. The aikido girl walked over the weapon rack her side, inspecting the array of practice weaponry at her disposal. It seemed like Koyuki had already made her choice with the katana. The smart choice would be for Masuyo to grab a weapon that could properly counter it, but also felt comfortable to use. A spear or naginata. That would be the wise choice. But that was the things about a certain dojo disciple. Her mind said one thing…

...but her spirit yelled even louder for another. The Demon's smile seemed to intensify as she grabbed a katana from the wall and turned to walk back to the center of the room. She came to a stop before Koyuki, facing her straight on as she knelt down and placed her sword diagonally in front of her. The two sat in a perfect mirror of the other's posture, yet the different attitudes written on their faces may as well have been the distance from heaven and earth.