Into the Dragon's Lair - Trinette Vaillant Vs. Misako Uchida

Into the Dragon's Lair - Trinette Vaillant Vs. Misako Uchida 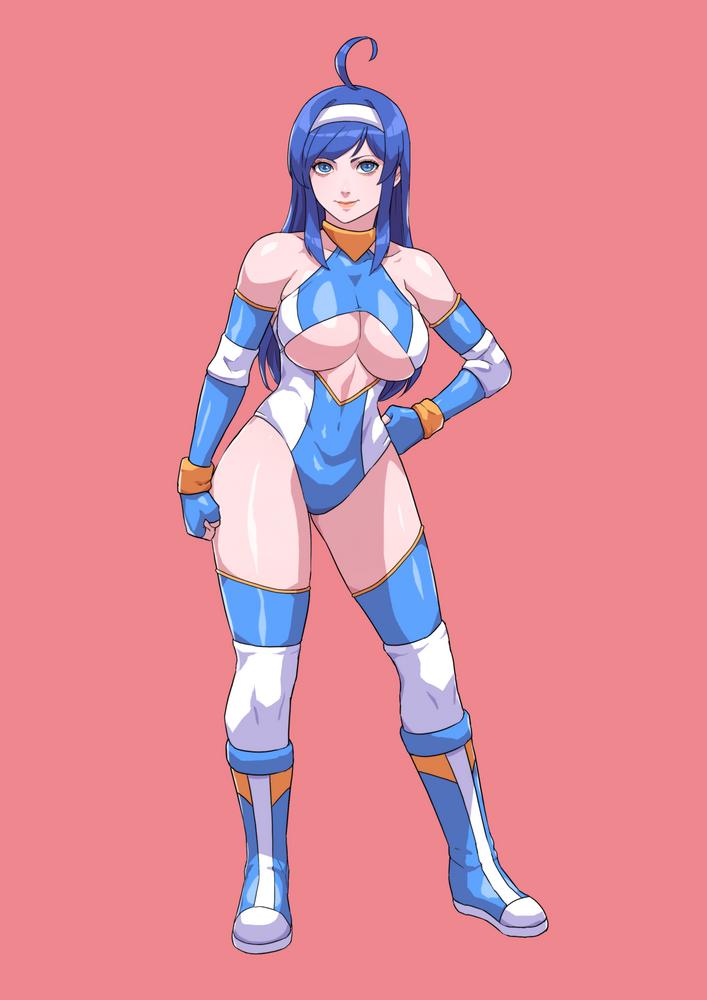 Trinette could only wonder who had come up with this sort of match. It seemed to be heavily skewed in the favor of the Dragon in question. Though Trinette had demanded this match upon seeing a young girl by the name of Katsumi be humiliated and battered down by the fearsome beast. Since she had demanded it it seemed as if the higher ups felt it fitting to play off of their respective motifs. That of the valiant Paladin going to slay the mighty dragon....as such it seemed they were okay with playing into it rather heavily. Forcing Trinette to win by her finisher named after the Paladin Roland's sword; Durandal. Trinette stood dressed for the match in her locker room and shifted her arms and stretched them out, making sure she was limber and ready for today's match. Once she felt done she made her way out of her locker room and marched her way down towards the Gorilla Position, she stopped right there and waited for the stage hands to tell her that it was her time to make her way down the ring.

After a few seconds they began to play her theme and with that the Paladin stepped out onto the ramp and got a pretty good amount of cheers despite her relative obscurity and greenness to this league. Everyone loved to cheer for a hero though, and tonight it was a hero versus a beast match. Trinette marched her way down the ring, dressed in her white and blue one piece attire as she made her way to the caged ring. Walking up to the steps and the door which was opened for her. She slipped into the cage and through the ropes before walking to the center of the squared circle. Placing her hand on her hips she stood there and looked out at the crowd for a moment. She then moved her hands from her hips and began to stretch them out again, against her chest and across.

Trinette turned her gaze to the top of the ramp for a moment, before she turned and began to walk towards the opposing corner where she would settle in. Standing tall and proud like a knight shoulder, she was ready for this battle. No matter what odds were stacked against her she wasn't one to back down and she would fight with as much honor and pride as she could.

Sitting on a bench in the locker room Misako was aplying some tape to her knuckles as she did some review of the details concerning her upcoming match. Damn it was a mess that looked out of the mind of some junior AFW manager so willing to show off his value, but it would serve her since it would allow the Dragon to prowl freely. In fact, it looked like she had made an impression since now her Dragon persona was a thing, and that night’s match was Dragon vs Knight themed. Of course the white-haired was going to be the Dragon in her duty to annihilate that Paladin fool enough to walk inside her den. A closed cage and freedom to dispose of her rival the way she deemed suitable. It was perfect. That would be a good match.

With that good feeling on her mind Misako made her way backstage and when the proper moment arrived her intro theme started playing as she made her way to the ramp. With a furious roar she started walking towards the ring hearing the booing of the crowd around her. Of course that was something to be expected: regular folk only harbored fear and disdain for a Dragon and that obviously meant everyone would be cheering for the Knight that day. Misako grined to herself. When she end that Paladin everyone would fear her even more.

Reaching the ring, Misako had the first proper look at that knight in shining armor. A cool-looking wrestling attire, a collected but determined look to her gaze and bright blue hair that would catch anyone’s attention. Of course the Dragon wasn’t there to flatter her rival’s appearance, but instead she was mentally taking notes of any possible weakness she could exploit from the very first moment she arrived on stage. Walking closer towards the center Misako would crack her knuckles while looking at her rival with a look that would add electricity to the atmosphere. That rival could be all looks and honor, but Misako was a beast and she could fight as dirty as she wanted.
_________________
BEHOLD MY ICY FORTRESS

Trinette kept her eyes on the ramp as she was waiting for her opponent to make her way down to the ring. She had been forced into a match with some rather hard stipulation at her request to take down this rough heel of a woman. The dragon and knight match was to be the main event match of the evening as the two rookies of Friction were pitted against one another for a fight that the higher ups seemed to want to make into a massive deal.

When the white haired woman came down towards the ring, and stepped into the cage...Trinette would narrow her eyes and watch Misako with eyes seeking discern a hint of respect or a good natured person deep down. Though it seemed as if she was nothing but power, very much a dragon. Power could be easily seen at the powerful core of the dragon. With any other dragon the belly was usually the weakpoint but with the woman before her that was certainly not the case.

Shaking her head a bit, Trinette would step forward and go for a stand-off with Misako. "I have no intentions of losing to you. In my eyes, until you prove otherwise you are nothing but a beast who needs slaying." Trinette said in assured manner which spoke to how absolute her code of honor was. " I will take you down." She said with a serious tone, as she placed her hands on her hips. Showing the Dragon that she was not afraid.
_________________