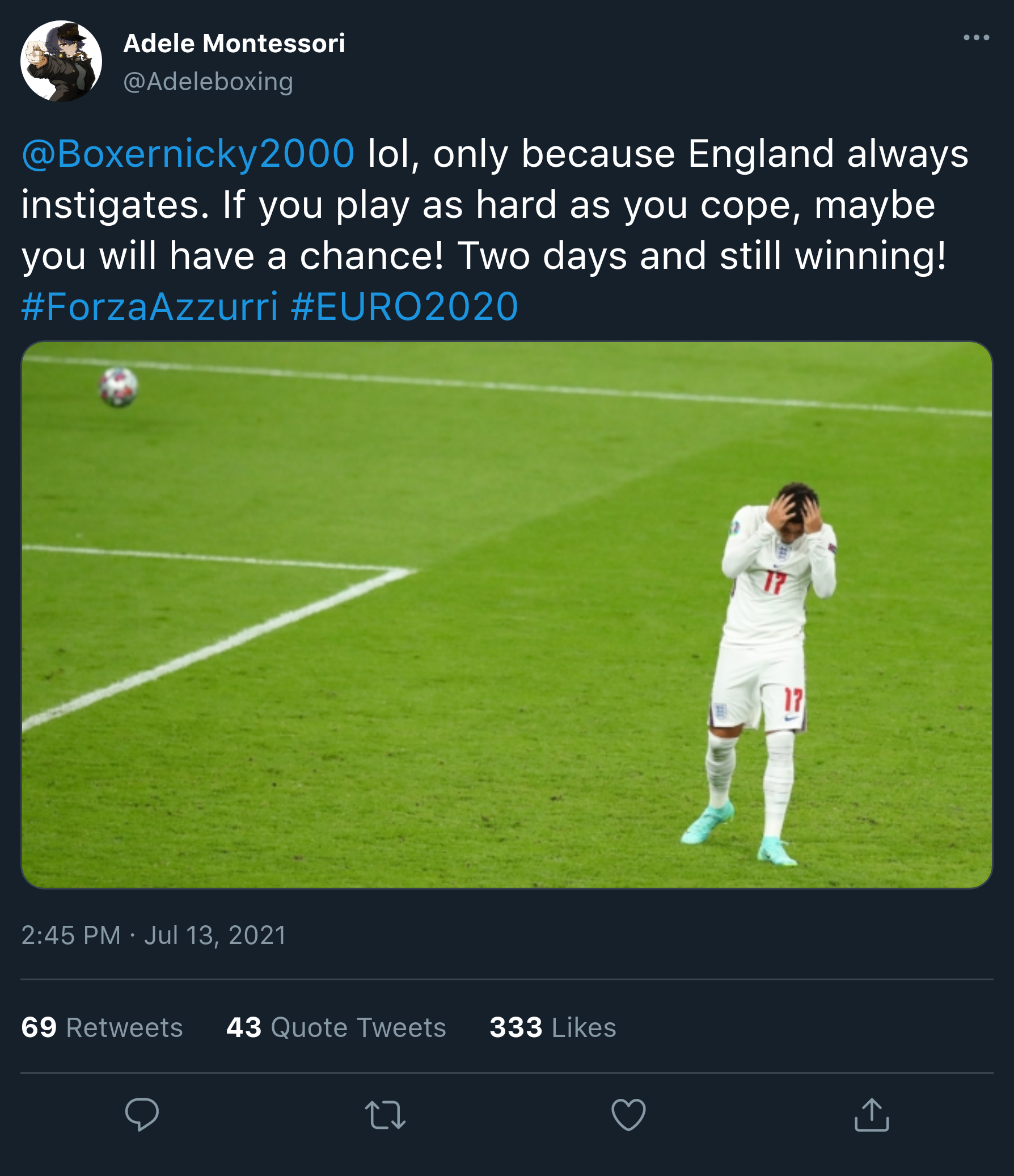 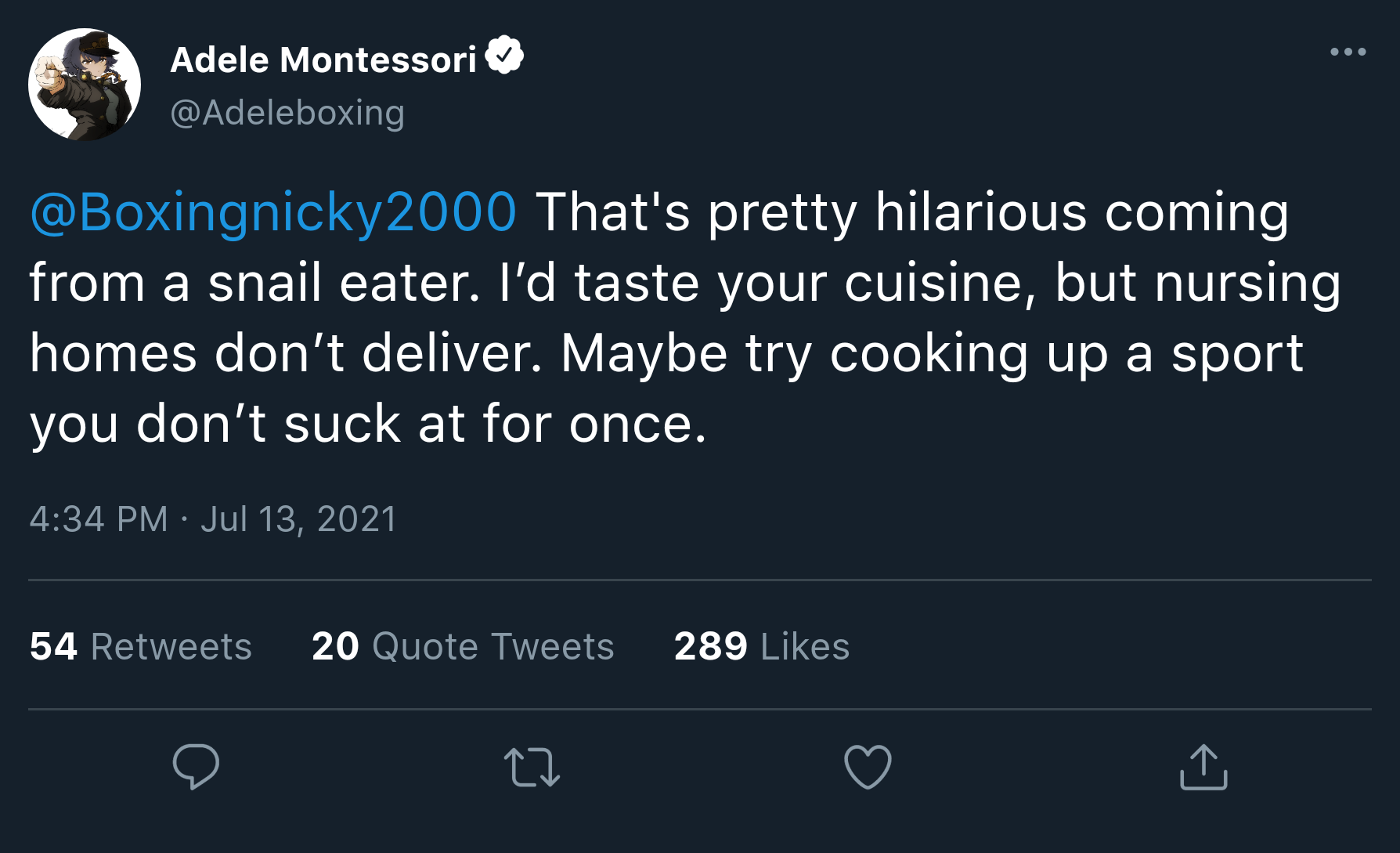 Nicky wasn't proud to say that she was hunched over her laptop at 7 pm in the evening wondering what was the best, most vicious way to hurt Italian trolls on the internet. Hell, she didn't even like soccer. She just made the oh so apparently unreasonable assertion that her countrymen shouldn't be judged based on the actions of a few angry, bitter hooligans. That was common sense, yes? Judge not the many by the few. But nooooooooooooooooooooo, it was verbal hunting season on the British people after a questionable loss in some soccer cup and the actions of an undesirable few.

Nicky was on the 7th rewrite of her tweet. She had been mulling over it for a full 2 hours... which was a lie. She had been mulling over it for the whole day. Even as she went to the gym, stopped for lunch, went back to train, went for dinner, that italian skank was living rent-free in her noggin and she wanted to craft something so venomous, so deadly that the other girl (and the other trolls) would just back the frick off.

Her fingers went to work. Again. Okay that was... a bit much. Her finger tapped down on the backspace button fast and hard, deleting the draft. No World War 2 jokes. No insinuations that Italy was the best of the allied powers because they blew that part in the axis plan so hard. No Poverty jokes. No snarky Winston Churchill quotes. She had standards. She was here to stand up for what was right, not be dragged down into the murk with the trolls.

Let's try this again. Address her directly. Shut her down and move on with your life, Nicky. Her retort sent, Nicky stretched her arms up, set her laptop down, and tucked herself into bed.

... Before opening up her phone and checking for a response. She would do so no less than 10 times within the next hour. 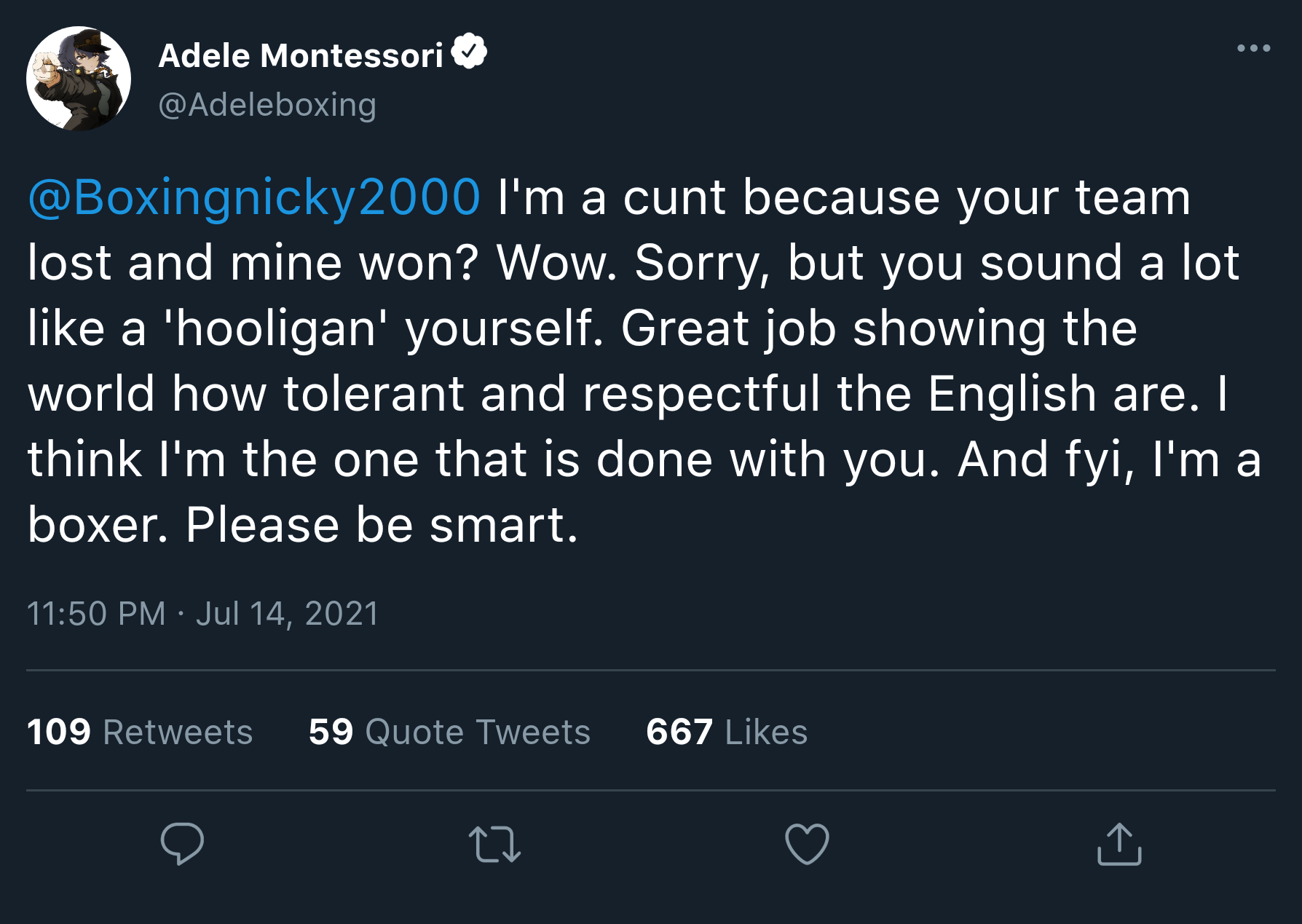 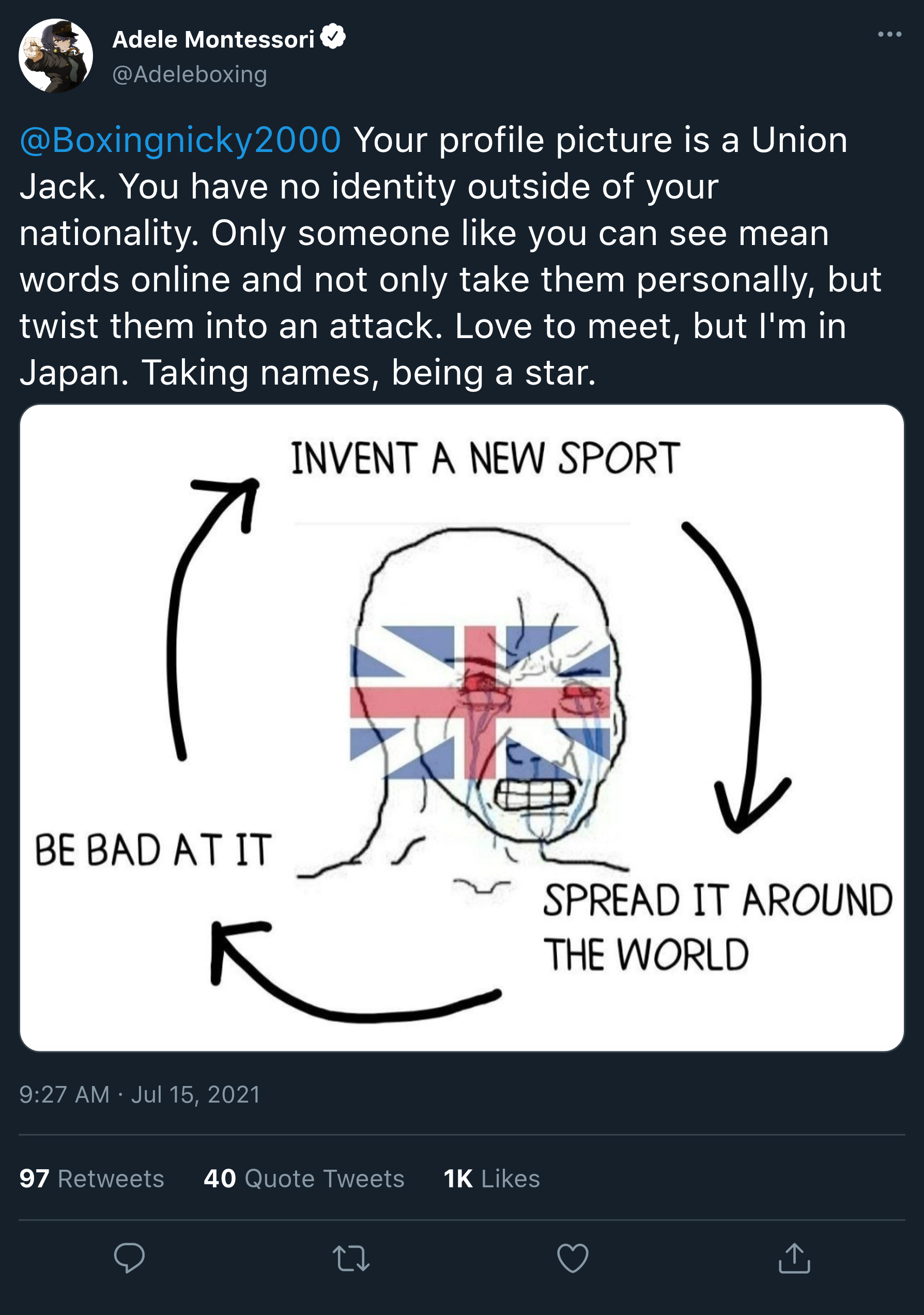 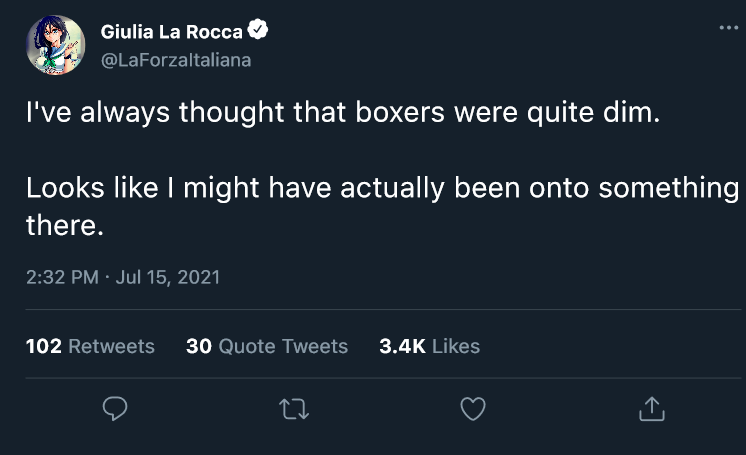