It might be a small place, but Kena took some pride in her little dojo. The last gift in her grandmother's will and the full acknowledgement of Kena as the successor of her family's karate style, Kena did all she could to take care of it and keep it in good condition... as good a condition as an old dojo in the more unsavory area of Tokyo could be.

And that was the rub. As nice as it was to have the property left in Kena's name, moving all the way to Japan from America to tend to dojo of her grandmother definitely had it's downsides. The building itself was rather small compared to other martial arts studios, only able to safely house about ten students at a time. The amount of money it took to pay for bills and utilities just barely kept her in the black, even with the bit of money she made from her AFW matches. And hardest of all, despite being a prodigy, despite having the trophies, awards, and papers to back up her black belt and license, her young age made it difficult for anyone other than young parents to trust her in teaching people. Needless to say, it was a long and uphill battle, in a number of ways.

And cleaning over twenty tatami mats was its own challenge.

It was always a surprise to Kena just how many mats such a small training hall had. Her grandmother must had been quite the influential woman back in her day to have a place like this. As old as it was and as small as it was, the history was rich, and even if the building was small Kena found more traces of its history everyday... even more so after dusting and wiping off every damn mat in the center of the room.

"Okay... just have to set down the tatami and I'll be done for the night." 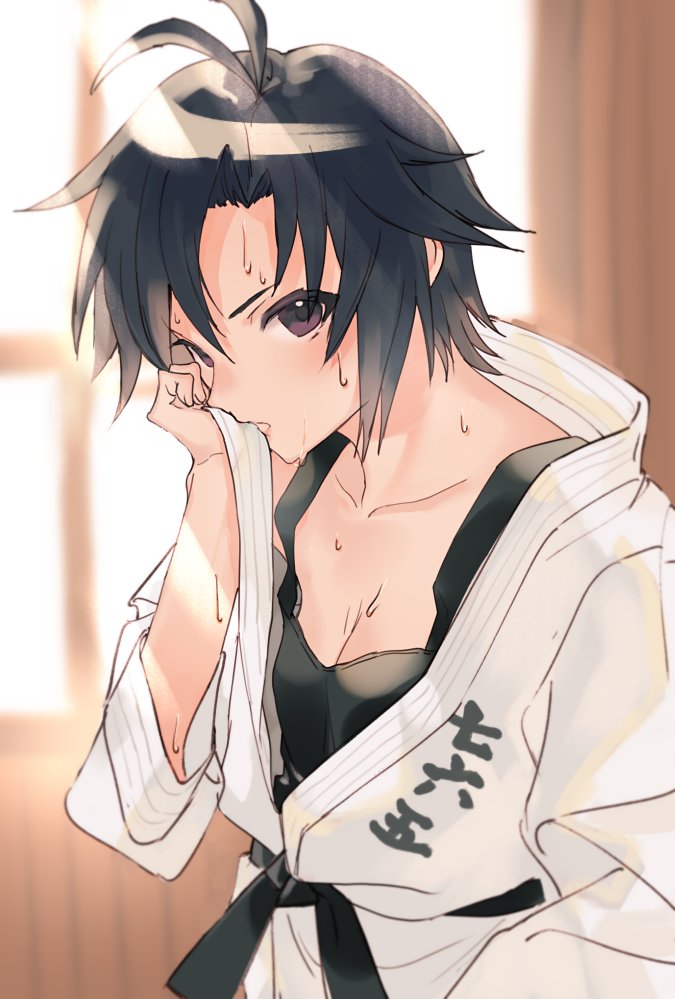 Unlike so many of her so-called modern countrymen, she liked the old ways better. Technology was a necessary evil, progress a deal with the devil to keep up with the white invaders. But the new often swept out the old, and heritage was bulldozed away for some too-shiny mall selling too many shoes and bags and too-expensive phones and other products of infantile consumerism.

No, no, no, no. The heart and soul of Japan was in its castles, and its lakes, and its sakura trees, and its old districts and edo architecture, and its traditional food and drink, and its-

It was all shiny new gyms over the traditional dojo now. All bluster and treadmills and pretty marketing and sleek, easy colors over the comfort of plain wood and someone called her a boomer once and she didn't really know what it meant. She knew it was an insult so she smashed a bottle over his head and left his in a pool of his own blood, but she didn't care to find out what it meant. Probably should have asked him before she did the deed.

Oh well. Was this the place? Koyuki looked up at the sign. Yup. This was the place. Bit small though. She was expecting something a tad bigger. She shrugged out of her shoes, gingerly placed them on the sidewalk, stepped up to the dojo in her white socks and her overdressed coat slung loosely over her work shirt, and knocked on the door.

She owned the damn place for more than a year and she hadn't even come to visit. 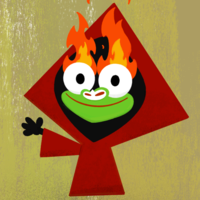 "Hm?" Kena's head turned toward the entrance, hearing a knock at the door. That's... odd. She was sure she had the closed sign out, and while the lights of the dojo were on, she was only finishing up the cleaning. And she didn't hold class late at night considering her clientele. "Might as well see..." She sat down the tatami mat she was holding, making her way to the entrance. Maybe one of the parents wanted to talk about something. Not out of the ordinary, but it was always politer to set up an appointment.

"One moment please," She made her way to the entrance, opening the sliding doors to see not a parent or child, but a woman. An unfamiliar woman with eyes as sharp as Kena's own and dressed in a rather expensive attire. This was a woman of influential, but much was clear... but what was she doing at a small dojo like this?

This woman... had the aura of a predator. Kena knew the feeling well. Her grandmother had it, a few opponents Kena faced had it, and Kena herself was told to have it. Someone with experience in violent situations. Kena's face stiffened, looking up at the woman with focused eyes. This wasn't a person to show any fear or hesitation toward. "Hello Ma'am." She said, a hand straightening the hem of her gi. "I'm afraid we're closed tonight for cleaning," She started. "But if you wanted to discuss something, in please give me a moment and I'll be happy to talk."
_________________
The Azure Squadron

A child greeted her at the door.

It had to be a child, no? Who else was going to be trapped in the dojo all the way into the night forced to clean away at tatami mats. An apprentice, maybe? A blackbelt, yes, but then again they gave everyone those things these days. Rank was never really a concrete indicator of any real skill even in the old days, and in the age of mollycoddling and weak parenting, even less so. Koyuki towered over the child at the door as she squeaked away about being closed and daring to ask that she wait and blah blah blah blah blah.

She wasn't here to be directed by some apprentice.

"I'm here to talk to the old woman." she said in Japanese.

Kena couldn't hid her scowl nor her sharpened eyes. The woman was terse with her words. Rude even with how curt she was about asking for Kena's grandmother. Did this person know her grandmother? She looked far too young to be familiar with her unless she was also the granddaughter of an acquaintance. But from her flat she was with her words told Kena otherwise. And besides...

"Arisato Tomari has passed away." She said it flat, barely keeping her own Japanese formal for the situation. even opening the door wider and stepping forward. This felt like a shakedown, and not just for the woman's sharp dress. And Kena refused to let it slide without challenging it. "Three years ago in fact."
_________________
The Azure Squadron