Steel and Shadows- Shohei vs Kieda!

Steel and Shadows- Shohei vs Kieda!

"Oh my, what do we have here~" *The amorous assassin uttered to herself while scrolling through the impressive gallery of pictures regarding her impending opponent for the evening.* "He's quite photogenic, and for good reason; I could eat every inch of that scrumptious body up in a heartbeat~" *With a mischievous giggle, she decided it was time to dawn her trademark ensemble- Shimmying her jacket across her shoulders, each leg entering through a singular pant hole before finally stuffing her alabaster white feet into her platform boots, Kieda took a deep, anxiety-filled breath before reassuring herself that, despite how fetching Shohei appeared, it wouldn't distract her from what mattered most- Leaving with a victory.*

"And that should do it~" *Snagging her pointed shades before finally exiting her personal quarters, Kieda sauntered down the hallway as if it were her own, personal runway, offering free high fives as if they were going out of style- something she would know absolutely nothing about. Finally reaching the edge of the opaque curtain, The Cerulean Silhouette fluttered her eyes one last time before emerging into public view, receiving a maelstrom of applause and support from her adoring fans!*

"You're all too kind~" *She chortled while sauntering down the rampway, each, individual step a testament to her immaculate balance and poise before stopping a few inches away from the outskirts of the ring apron. In the blink of an eye, she catapulted herself onto the fringe of the arena, sliding her way through the center space and proceeded to sit her plump keister against the center of the arena, cameras flashing while she waited for Shohei to appear.* 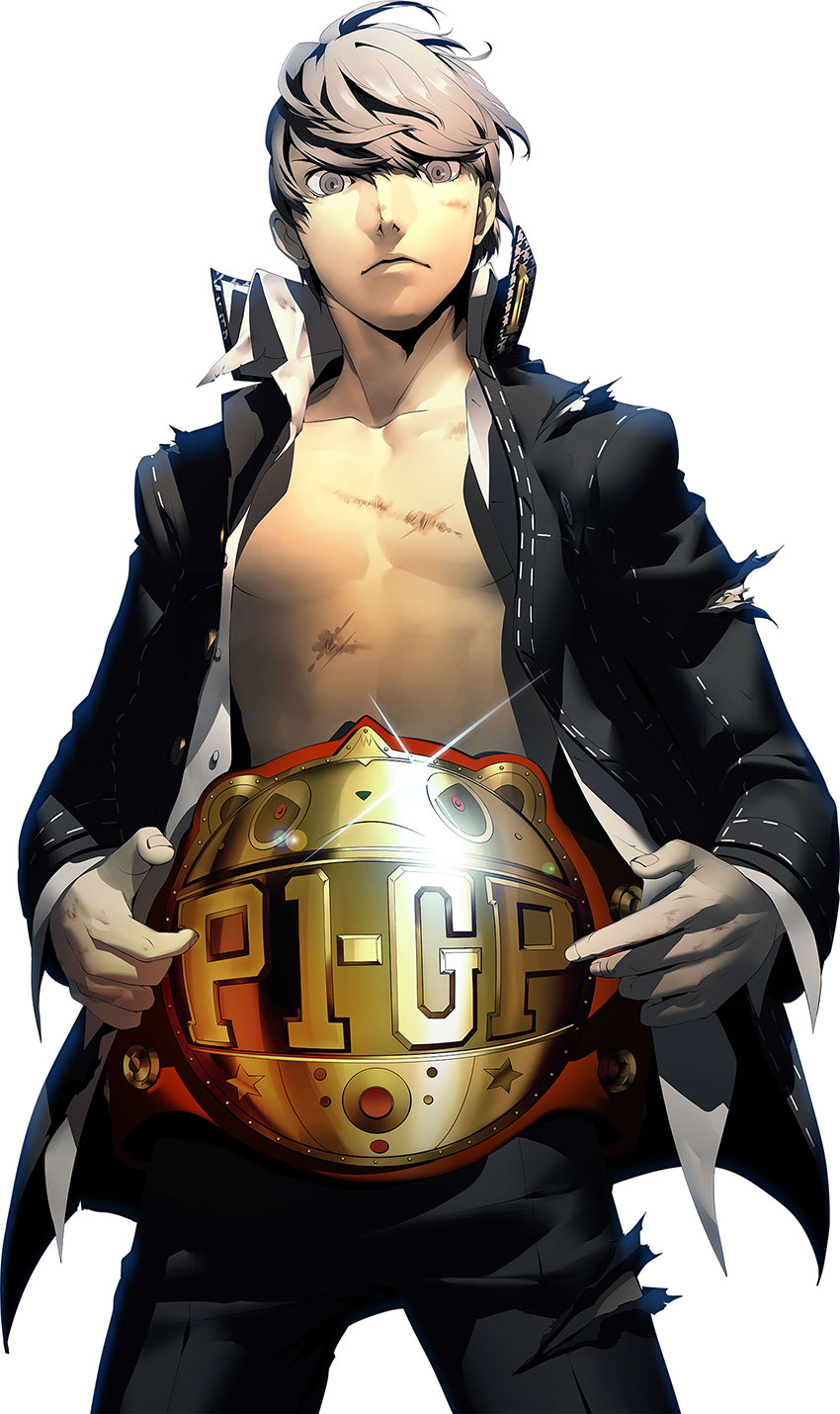 Shohei's Tension debut was imminent once the Yakuza had signed him up for the AFW league. In fact, his very first match had been scheduled almost immediately after. The silent message they were feeding the boy was obvious. Turn up. Make a statement. Show off your skills and talent. That would get him noticed. And with being noticed came networking and negotiations. He didn't even necessarily need to win...just prove he was a force to be reckoned with.

But Sho is not one to do things half-assed. He's a tidal wave ready to crash against his opponent. A hurricane set to blow them away. An earthquake that'll send them toppling down. The match is his to win, come hell or high water. He slips his glasses off to stow them away in his torn jacket, applying his contact lens. His introduction begins with the opening of his theme, the silver haired youth walking out from backstage onto the entrance ramp as the crowd cheered for the newcomer.

Sho keeps it simple with his attire - black trunks with matching boots, as well as black elbow and knee pads. He doesn't make a grand pose or slap hands with fans on his way down to the ring. It isn't his style to be flashy, and it's not like he has any fans yet. But that doesn't mean he lacks presence. It makes people want to stand back from the barricade, to be extra certain that there's distance between them and the bad boy. Exactly how he likes it. He reaches the ringside and slides under the bottom rope, to be greeted by the sensual sight of his female opponent perched in the centre of the ring like she belongs there. Sho stared, a neutral expression on his face.

"Didn't know my first opponent was of the sexy and pretty kind." He isn't above a bit of flirting. Might as well indulge in it while he can, even if he's on a 'job'. "Hate to ruin the view, but I think we've got a match to put on." He discarded his jacket, revealing a body that while not impressively muscular, certainly was toned. "You're not offended if I refuse to take it easy on you just cause you're a lady, yeah?" He leaned with his back to the ropes, resting an arm over them as he awaited her response.

*It wouldn't take long for Shohei to make a lasting impression on The Mauve Fashionista, his theme music blasting from every corner of the arena while the audience vigorously applauded his entrance- He was a stunning sight to behold, from his sleek, silver hair to the tips of his obsidian black footwear; the distinct lack of anything captivating was what intrigued Kieda the most. She had been around the block more than once in her extensive career as a model, and Shohei seemed to have deliberately gone with a minimalist approach in terms of apparel; something that helped accentuate his masculine features quite well.*

*Never the type to be caught dead publicly ogling someone she deemed worthy of her attention, Kieda merely rolled backwards and gave him a nod of acknowledgement once he made his presence known. However, when he started to banter with the voluptuous vixen regarding gender stereotypes, she felt a scowl inch onto her countenance.* "Oh?" *She tilted her head sideways, trying desperately to ignore it before loading a retort of her own.* "I hope you won't take umbrage to me going easy on you because you're a man, yes?" *If he wanted to walk into the lion's den, then she was going to feast on his ignorance.*

*As the tangible friction between the two began to rose, the sudden* "Ding ding ding!" *Of the bell flipped a switch within the elated kunoichi, and within a heartbeat she had already proceeded to go on the offensive, swinging her svelte body around to try and land a spinning front kick across Shohei's mandible!* "Perhaps I should edify you in the ways of proper ring etiquette!"

Similar topics
»  Shohei 'Sho' Jiangsu
» Kieda "The Fashion Assassin" Uzai.
» Time for a reunion- Kieda(D) vs Talia!
» Kieda Uzai vs. Kozue Kaburagi - Ninjas Do It Stealthily
» From the Shadows