Strategy: Sun’s offense can best be described as scrappy and rapacious with bottles of energy to spare. She’s prone to leaping head first into danger and just sort of makes up her attacks as they come along. Whether it be high-flying slams, rudimentary submissions, or embarrassing antics while she has her opponent down and on the rope. The only drawback is that she can burn out early and run out of energy if a match drags on too long...

1) Journey To The West – A top rope DDT that has Sun twirl her opponent before implanting them down on the crown of their head. Sun’s go to finisher when she’s facing opponent’s that tower over her in size.

2) Simian Slam – With her opponent seated on the ring canvas, Sun will turn place while grasping onto her foe's hair before mischievously wiggling her backside into her opponent’s face. All before she would teeter backward to slam her opponent back against the ring floor with a butt slam into an immediate pin attempt. 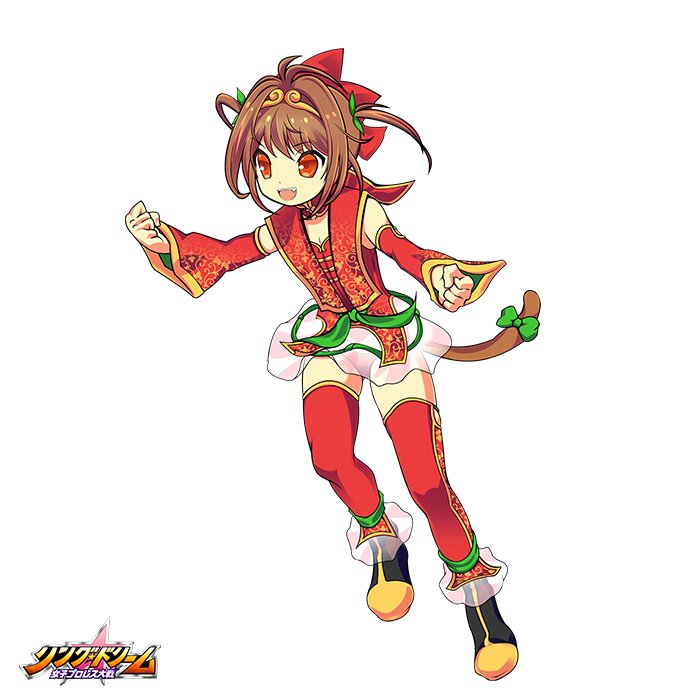 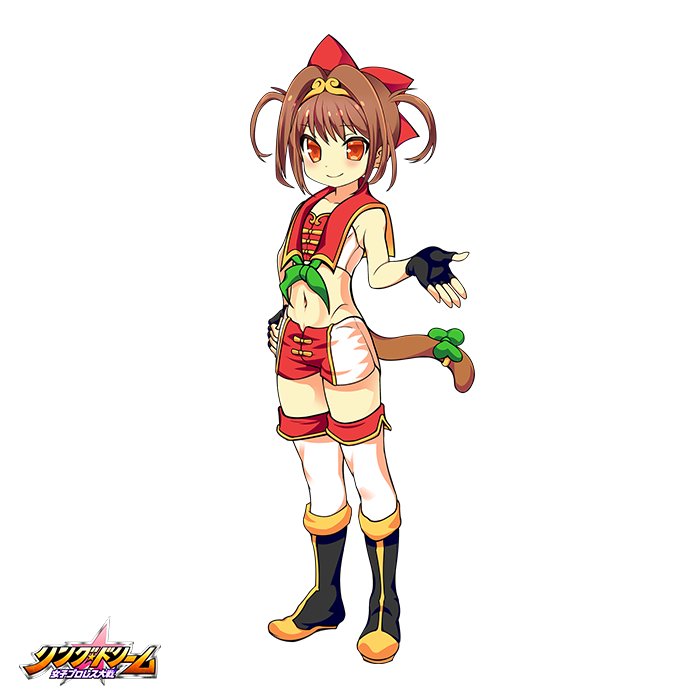 Personality: Sun is rambunctious and intensely curious about the world around her, to which she knows little of. Her naivety leading her to be easily tricked by people more conniving and methodical, though if she ever finds out she’s been duped her first reaction is to beat up whoever tricked her. Though she has a good heart (if easily led astray) and really only wants to make friends and eat to her heart’s content…which is nearly impossible since she seems to perpetually be asking for food.


Past/History: Hailing from the Zhouzhuang Chinese province, Shuang was brought up by her parents in a rural mountain village and as far away from city life as you could imagine. Her connection to nature and her love of living a free life in the wild was established at an early age as she became an adept outdoors woman before even entering her teenage years. Shu being able to wrangle fish twice her size without even needing a fishing pole being a feat even the other villagers were astounded to see.

Though as much as she adored her simple life, she began to develop an intensified curiosity for the outside world after running into travelers who brought with them all manner of perplexing technology. Her parents knew that denying her wish to see the world would only make her want to leave it that much more, so they sent her to live with relatives in Japan for her high-school years. The schools in her village hardly comparing to the ones in Tokyo, and Shu quickly felt overwhelmed from it all.

Luckily she came across the school’s wrestling club and proceeded to take quite a liking to the after school activity. In fact, she proved herself to be so adept at the sport, that talent scouts asked if her she wouldn’t mind taking her skills to AFW as a fun side job. Shu hesitated at first…but swiftly signed on the dotted line when the scouts mentioned the free buffet in the facility for all contracted wrestlers.


Fun Facts:
1) I’ll give you three guesses as to what her favorite animal is, but you’ll only need one.
2) The same goes for her favorite fruit.
3) Shu actually hasn’t read “A Journey To The West”, and was given the wrestling gimmick when the trainers noticed how fitting it would be for her…
4) Shu can get along with any animal, reptile, insect…you name it.
5) If Shu was a Pokemon, she would be… 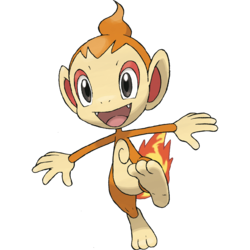 Timeline
1)Kawaii Wars: Call of Cuties - Sun awakens from her nap and right into turf warfare!!
2)Kawaii Wars: Team Top Contender Match - Sun and her new best friends take on the comedy stylings of the Brat Pack in a tornado tag-team match!!!
3)Monkey Business - Sun's stomach leads her into a den of rambunctious brats looking to bolster their numbers. 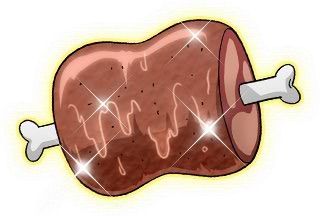