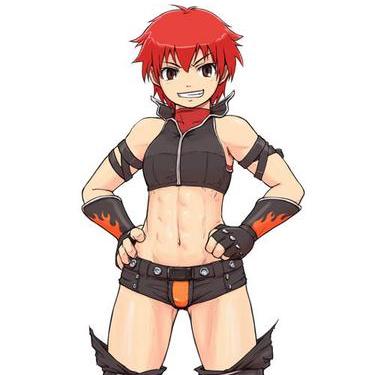 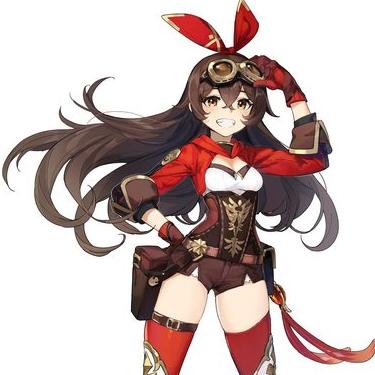 Match Type: Hardcore match.
Win Conditions: Pinfall, Submission or Knockout.
Special Conditions: No Holds Barred, No Disqualifications.
*Clankety-Clank-Clickety-Clank*
Wholesome joyousness wasn't typically the demeanor Rekka carried herself with, but sometimes the impish rapscallion was incapable of maintaining her usual surly cantankerousness and thuggish attitude. Today being one such day as she merrily skipped down the hallway towards the gorilla position in preparation for her impending matchup. Ever since first being informed of her scheduled throwdown and it's hardcore stipulation, Rekka had taken it upon herself to ensure she'd be making the most out of what was her favorite freakin ruleset in regards to matches. Which was that there were none. Zero. Zip. Zilch. She was granted permission and outright encouraged to go straight ham with whatever weapons, cooking items, or steel plated surface she could get her grubby mitts on. Hence why when researching her options in terms of what blunt object to bring down to the ring with her, Rekka internally stated *Ah fuck it* and opted to just bring everything. A jangling shopping cart filled with a trashcan of hardcore staples now swishing and maneuvering past bewildered backstage employees scarcely ducking out of the way of Rekka whistling down the hallway and further escorting her weapons of choice onward. On the way "accidentally" running over one guys big toe who'd blurt out an obscenity and go hopping off. 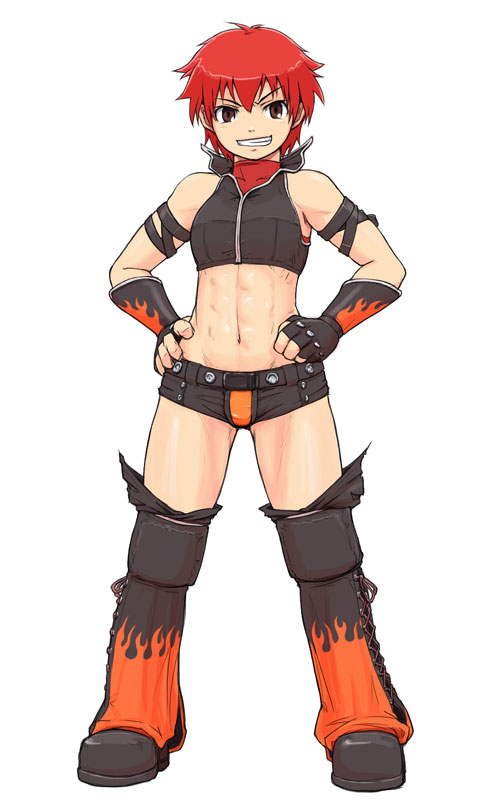 Plumes of fire started began being shot skyward from the top of the ramp as Rekka's metal theme was rocked out from the speakers, all the headbangers in the audience now doing exactly that as flaming imagery was broadcast from the Titan-tron. What came next being the aforementioned rickety shopping cart being pushed out by The Little Hellion herself, now sporting a far more malicious and gleaming smirk as the garbage can full of weapons jingled and jangled for the entire journey down ramp. At the bottom of which would be where Rekka would abandon her wheeled treasure trove after skillfully twisting into a skidding stop. Hopping off and rubbing her gloved hands in giddy enthusiasm at the potential of getting to use even half of all these chaotic toys of hers, especially on who'd she had been matched up against tonight. Rekka scampering up the ring apron and rolling underneath the bottom rope before springing back to her feet. Afterward throwing up her middle fingers to the audience with a spinning flourish, booing her vehemently after making it known just what she thought of these yahoos. She'd wipe a thumb off of her nose with a sneer and backpedal to her corner turnbuckle, hands clamped onto the top ropes behind her with her vision centered upon the top of the ramp...
_________________

“Okay, take some seat before we talk about your next match.” Saeko’s voice sounded a little bit shaken. It was just a slight thing and the cheerful Amber wouldn’t notice but it was there, and maybe it was better like that, with the young wrestler being oblivious of her manager’s concerns. “Your next rival is… a complicated one I’m afraid.”

“Well, I’m here for the challenge, so you can throw anything at me!” Amber said in an excited tone. There was again that cheerful optimism that was so close to complete impulsiveness. It threatened with being the downfall of Amber but it looked like that for the moment it was being one of the Inventor’s main draws with the crowd. Her naive, babyface approach was getting some of the people’s love. In a complicated world where cynical thinking was everyday’s routine, the people was rewarding someone with a simple, straightforward and happy go lucky character like Amber. Saeko knew this but she didn’t want Amber to go overdrive, so for now she hid that information. After all, her client needed all her focus for what was coming.

“It’s not what you think. This next match is a hardcore one. I’m sorry but I couldn’t barter with that. That means there would be no holds barred, no disqualification. And your rival… she looks like a handful. I watched some videos and she is a rascal. Expect lots of foul play, even weapons in ring. Look, as I see things the management is making you a test by fire. Now that you have shown you can get good looking by the book wins they want to see if you would survive this and escape with your principles unscathed. I recommend taking this with extreme caution, and not being afraid of throwing the towel if needed. I’m adamant on this, Amber. Take care and good luck.”

Amber thought about what Saeko warned her about for some time, but as the match approached her cheerful way of taking things came back. As her entrance theme played, she walked down the ramp while everyone rooted for her. It looked like facing a complete villain wrestler made most of the public to side with the hero, and that was more than happy to bathe in the people’s support. After some walk among the crowd, Amber made it to the ring not before noticing what it looked like a garbage can all full with weird and blunt looking weapons. Her rival couldn’t be expecting using those, couldn’t she?

Once inside the ring she noticed the small redhead leaning against the ropes with a confident grin, and it became so hard for Amber to think of that woman being the terrible foe Saeko warned her about. After some stretches and a final ovation, the referee called both women to the center of the ring. Amber was the first one to answer the call, from where she would look at Rekka while she waited for her.
_________________
BEHOLD MY ICY FORTRESS

Patience was a virtue that Rekka would readily admit she sucked eggs at. Thoughts aplenty were gallivanting about in her noggin that ranged from what weapon she'd first introduce, to how her adversary's chipper face is going to appear with a fresh coat of crimson red. However, Rekka was particularly fidgety today because she'd been given today's match details by some personal assistants to certain highbrow executives...an unorthodox occurrence that made her surmise that those certain corporate cronies were probably watching this match with keen interest on its outcome. Amber Addison, was the little puke's name. And apparently being a naive and insufferably chipper doofus was her game. One who management clearly wanted to spit shine and present to the world as some marketable cash-cow for all of the wittle kiddies to look up to, admire, and tell them to eat all of their veggies~...

"...hggh." Sorry, Rekka threw up in her mouth a little there. The cantankerous rebel slouching down and apathetically seating herself in the corner as Amber made her glad-handing entrance, Rekka glancing out of the corner of her eyes at the inventor high-fiving all of the jackasses at ringside that she herself has just flipped the bird to. Showering her with praise throughout all of the wholesome hospitality until Amber entered the ring and proceeded to limber herself up. The Little Hellion not...emulating, and instead remained leisurely seated until finally being ushered towards the middle of the ring, compelling her to haul herself out of the corner by tugging on the adjacent middle ropes and start striding forward to meet and greet Amber. "Alright, Alright...guess you heard about me huh? Listen, I ain't as bad as people say. Ahm just in this for a good tussle, not any of that dishonest shit. C'mon, let's show these people what we're made of, huh?" Rekka smiled wide and brought up her right hand for an amicable, cordial, sincere high-five between friends...

Amber had always been an optimistic, cheerful woman. For all her life it had been so difficult for her to think badly of anyone no matter how bad their reputation could be. And that was exactly what was happening right now. Yeah, that redhead could look a little intimidating with that couldn’t-give-a-damn kind of pose she had and her gaze looked like one of a criminal, but it couldn’t be as bad as her manager tried to look like, right? In the end, Amber was sure it was all a gimmick to play the villain in a wrestling world like the one she was in.

As if to confirm Amber’s theory, the redhead walked to the center of the ring to meet her, greeting the Inventor in a direct, but honest looking manner, even smiling to her while offering a handshake. Without hesitation, Amber accepted the handshake. That was when Rekka’s trap sprung. “Yeah, let’s have a great ma-auuuuuugh!" Without any sign of warning, the redhead sent a nasty sucker punch to Amber’s jaw. As the Inventor wasn’t expecting that since the match hadn’t properly started her guard wasn’t up, so she took the full blow to her chin, relenting in pain. Only her rival grabbing her hand prevented Amber from walking back. The bell rushed to ring and signal the match prompt start while Amber was so busy trying to check her jaw for severe damage to be wary of what Rekka was planning next.
_________________
BEHOLD MY ICY FORTRESS