This was something Conza was getting used to at this point. Matches being set up for him. Mostly matches he couldn't win, but he would forever be optimistic. The pint-sized man was never taken fully serious when he tried to put in himself for matches, so at this point in his career, he had been relegated to having bouts set up for him, and tonight was one of those nights.

He had arrived on stage, to several cheers from the crowd. Many cheering for him, and many more cheering for him to lose, though he could never guess who was who. He climbed into the ring, all four foot seven inches of him. He wore a white t-shirt and black shorts. His bare feet parade him around the ring for a moment while waves to the crowd. It would be a few laps of this before he walked back to his corner, awaiting to see who his opponent would be for this match up tonight, and sort of gauge how hard of a fight this victory may be tonight if he wanted to secure one after such a drought in his career...
_________________
Indigo's Mosh Pit
To be edited soon.....
HOME SERIES: 1, 2, 3, 4, 5, 6, 7, 8, X
(There is no Home 9)

It had been a long time since Luci had been able to get into the AFW ring, on top of that she had never actually appeared in Tension or wrestled a male competitor before... So her excitement was undercut with a layer of nervousness. She hadn't seen her opponent Conza wrestle, but had seen a picture of him and at least he didn't seem too overbearing

Out in the arena as Conza finished his entrance and started to wait for his opponent, the cutest of entrance themes started to play to indicate what kind of opponent he might be facing today. As the drum beat dropped a short ways into Sweets Parade by Kana Hanazawa, Lil Luci Lollipop.. kawaii wrestler and former kawaii champion came out onto the top of the rampway dressed in her new red and white themed school uniform outfit 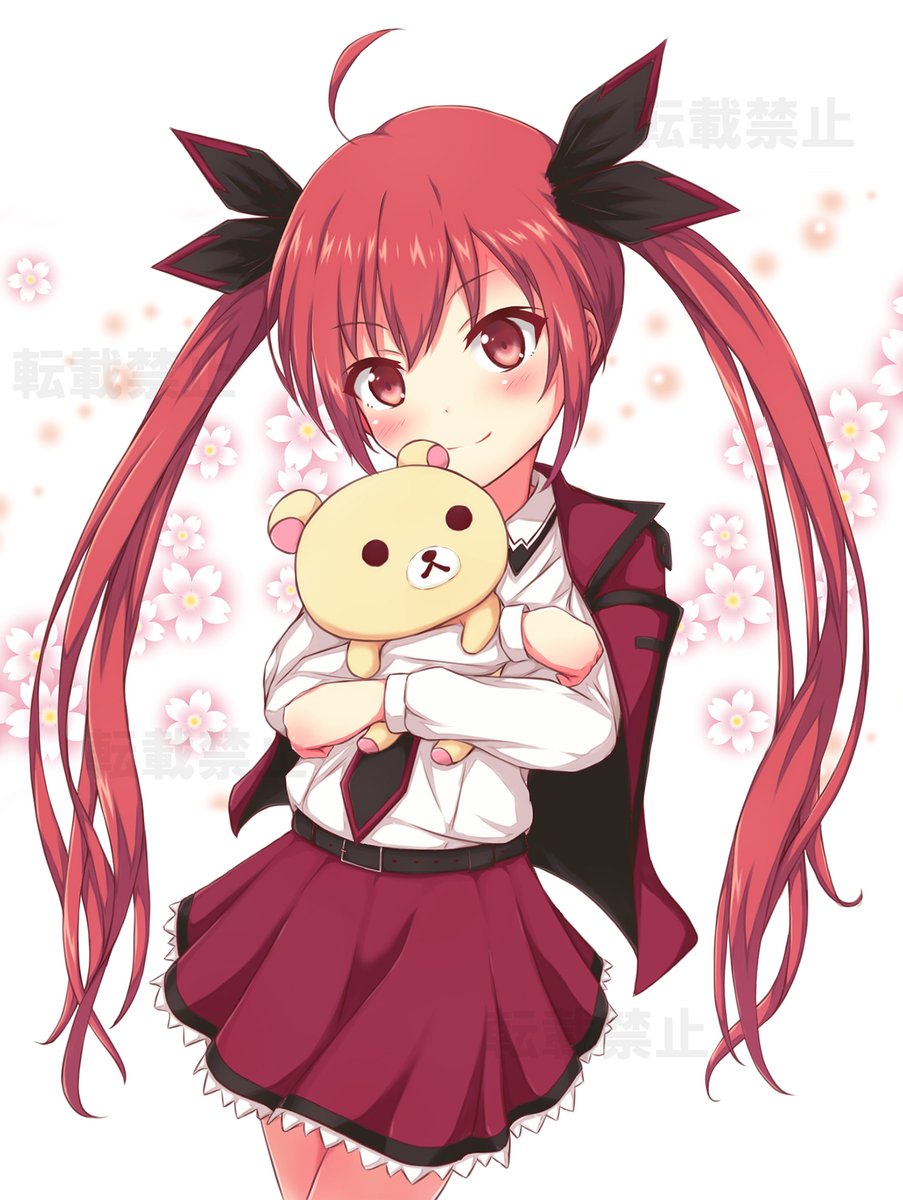 The fans that remembered the old fan favourite started to cheer wildly as she skipped her way down towards the ring, the stick of a lollipop poking out from the corner of her lips and a small case in her right hand which she intended to store her sweets in during matches..

Lil Luci slid in under the bottom ropes and climb to her feet only to find that the "Lil" in her name might seem misplaced in this match... She had only seen a picture of Conza, so did appreciate that he was actually smaller than her until she was now standing before him in the ring

"Oh.. Hi..." Luci said, at first a little taken aback by her opponents physique "Well this will be interesting... I didn't really get to wrestle many girls smaller then me-" She caught herself "I mean you're a guy obviously... I just meant that I've only really wrestled girls and most of them are bigger then me..."
_________________
The new and improved: Kelsea's Karacters

The music that played, sometimes, indicated an opponent. But Conza knew better than to just assume about someone, he had made that mistake much too many times. No, he had to always be up on his guard, especially for someone pint sized like himself. But this entrance theme was...Something he never thought he'd hear as an entrance theme. It seemed like an odd choice, but the crowd roared in excitement for someone that Conza just didn't recognize.

When she got in the ring, there would be surprise on both ends.

Luci would see that Conza was smaller than she maybe might have guessed. Conza would see that he may have had an opponent that was smaller than his usual opponents, though someone he still had to slightly tilt his head up at to meet eye to eye. He did so to keep up the idea that he was still tough, even if that wasn't the case entirely. A small pout appears on his face even though she caught herself. "Well, that makes two of us. I don't think I've met anyone as, er...Small as me. But that doesn't matter, I won't be an easy opponent for you." He puffed out his chest.
_________________
Indigo's Mosh Pit
To be edited soon.....
HOME SERIES: 1, 2, 3, 4, 5, 6, 7, 8, X
(There is no Home 9)

Luci watched as he puffed out his chest and affirmed how he wouldn't be an easy opponent. She was sure he was trying to be determined and come across all assertive and stuff.. but his appearance and small stature only made the performance look cute. Luci giggled lightly and then reached up to pull the lollipop out of her mouth.. The ball shaped candy was spherical and an orangy pink colour... Probably peach, orange, strawberry or a mix of 2 or 3 of those flavours..

She allowed the sweet to rest against her lips while twirling the stick so that it rolled from left to right briefly while looking at his as if deep in thought. Then finally she pulled it away from her mouth and tenderly sucked her lower lip into her mouth to taste the sugar.

"Ok then, well I hope we have a fun match together." She said with a cute smile.. The ref was coming into the ring to get the match started so Luci backed up towards one corner. She opened the small case she was carrying and placed the lollipop she had been eating into a preserver slot. Once it was safely stashed, she closed the case up and placed it under the bottom ropes on the apron of the ring before turning to face Conza... Her arms come up either side of her small chest in a ready stance
_________________
The new and improved: Kelsea's Karacters

She only giggled at his display of showing bravery. Either she was a tough opponent of short stature...Or, more realistically, Conza was just too adorable looking to be taken completely serious, though it could also be both. He watched her quietly as she almost, seductively put the candy away...

Lil Luci started to come out of her corner towards the middle of the ring only to have Conza come up hastily to try and catch her before she could go to far. Putting her hands on the smaller boys shoulders, Lil Luci lowered her head so that her opponent could feel her warm lollipop scented pants against the bridge of his nose and close to his forehead.

Luci knew it wasn't ideal to be in a grapple with your back so close to the turnbuckles and so tried to quickly drop slightly to oneside.. Attempting to twist Conza around in the grapple in an attempt to reverse the situation and turn her opponent so that it would be him being grappled backwards towards the corner she was previously in.
_________________
The new and improved: Kelsea's Karacters

Conza walked right across the ring to meet Lil Luci in her corner, hoping to take advantage of being so forward. But as he made his way there, she grabbed onto his shoulder, like he was coming right to her grip. A light blush comes across his face as she leaned herself down and he was able to smell the candy she was just enjoying on her breath.

Embarassingly enough, as Luci out manuevered Conza to switch their position around and get him trapped in the very corner he had hoped to trap her in... It made it look like this skinny, lollipop sucking little kawaii girl had overpowered him.

Pressing her hands against his shoulder in a way that was strangely both delicate and firm so as to keep him back against the corner, Lil Luci let one of her legs stray backwards before swing it and her hips straight towards the mouse..

"Haaa!!" Luci yelled out as she turned the lower half of her body, trying to ram the outside of her soft thigh into Conza's belly while her school girl mini skirt flapped upwards at one side to give the briefiest glimpse of her panties on underneath
_________________
The new and improved: Kelsea's Karacters

Conza was shuffled into the corner, with her taking the advantage. As he tried to push out from his predicament, Luci had pressed her hands a bit firmly into his shoulders to keep him just where she wanted him to be. He froze up in place, with a look into her eyes.