Search
Latest topics
» Hannah Bell vs Yori Takibi
by IndigoDragon Today at 4:14 am

» Thunder and Hurricanes: Makie Akamatsu vs Blue Thunder Mask
by Underdog21 Today at 3:33 am

» Just a regular girl looking for wrestling guidance (For Deus001)
by Scourger X Today at 3:18 am

» Red vs. Blue Took A Whole New Meaning: Colette Rivers vs. Maria Tempest
by LilyStar Today at 2:22 am 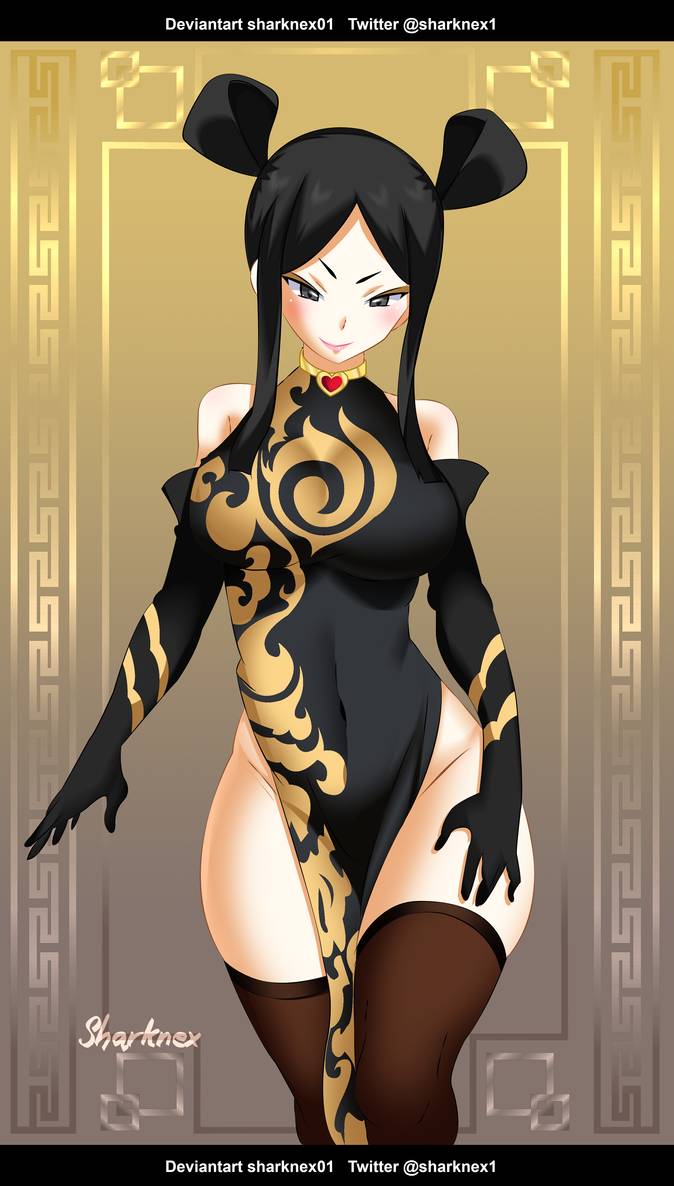 Though she was half-Chinese, Minerva spent most of her early years in Denmark, and was otherwise predominantly residing in Europe before her career eventually brought her to Japan. But her Chinese mother had instilled in her a familiarity with the culture of her homeland, from the language to the food, that had never left her. It may well have been because of this that Beijing House, commonly referred to by those who frequented it simply as “The House,” was Minerva’s favorite restaurant in Japan. Everything about the place was the genuine article, from the cooking style to the cooks in the kitchen.

Much of Minerva’s time since returning to this country had been focused around anger and vengeance. But tonight, she had decided to treat herself. Striding through the door, she didn’t even glance at the hostess as she said, “Reservation for Larsen.” The woman found her name in a book resting on a podium in front of her, and Minerva was then being led through the restaurant. There was a stark contrast between her and the customers she walked by, most of them dressed in plain, casual clothes while Minerva wore an elegant Chinese dress of black and gold. But that was just down here. On the ground floor, working class men and women ate casually with their families. For many of them, getting to eat here was a big deal, probably reserved only for special occasions, largely because of the high prices. But on the second floor, where Minerva was being led, she found herself among a crowd where she fit in much better. This floor was for the business executives, athletes, people with higher profiles and thicker wallets.

She didn’t care too much for the noisy crowd tonight, but the soothing erhu music playing through the restaurant made for a fine distraction. When Minerva was seated she ordered some tea for herself, then crossed a leg over the other and got comfortable in her seat while browsing through the menu, trying to decide which taste of “home” she would be sampling tonight...
_________________
LARIATO'S LOCKER ROOM

A voice called out towards Minerva, as well as a finger tapping on the menu list. Although Japan’s primary language is Japanese and some English, it still does bring many others from different cultures. Tokyo itself has been a hub for tourists who are new to the country and yet find like-minded and similar people. It wasn’t just western countries but even eastern too. The Beijing House is the best Chinese restaurant in Japan, so it isn’t surprising to see those from many different walks of life from other prefectures. Ones that have to be separated by two different floors.

Being on the second floor would be an absolute crime if you didn’t know the language. While some speak the common tongue, you can hear many speaking in Mandarin, Cantonese, Wu, Minbei and even other lesser-known tongues. The woman that approached Minerva would abide by such unwritten rules. She didn’t have to, considering the person she is speaking to, but it’s sufficient to get her attention.

[“So sorry to disturb you. Just that I saw you on television and just had to meet you. I’m also apparently sitting at the same table, which might have been a mix-up…”] She waved the reservation paper for a few seconds with one hand before stuffing it in her trouser pocket. [“…but I doubt they make mistakes around here. However, fortune has blessed me, I get to meet my favourite wrestler!”] The woman standing before Minerva looked like she came from the catwalk, quite convenient that there was a show going on before. [“Mind if I sit? Don’t worry, this fan doesn’t stalk; it’s merely fate.”]
_________________

The thought of being disturbed by a stranger here seemed so unlikely that Minerva initially dismissed any possibility that the voice calling out could have been directed at her. The truth of the matter only became apparent after the woman came to stand at her table, at which point Minerva finally turned her eyes up to the source of the voice. She didn’t recognize the woman, though her words and story suggested they did not know each other. Or rather, Minerva knew nothing of this woman, but the woman clearly knew about her.

Minerva had a sharp, tactical mind, and something about this situation put her thoughts at an uneasy defensive. Everything that had to work together to put this stranger who just so happened to be a “fan” of hers at the same table, it was all just a little too convenient. A voice in the back of her mind screamed “Trojan Horse!”

The size of Minerva’s ego couldn’t be overstated, and the woman had been wise not just to appeal to it, but to do so the way she had. For one, it demonstrated that she at least had taste. And she wasn’t some inconsiderate fan trying to rudely impose themselves for a quick selfie. She was here because the restaurant seemed to have accidentally double-booked them for the same table, which wasn’t as infrequent a mistake as one might assume of a place like this. The second level seating was much more limited than the ground floor. Oftentimes things like this happened not so much by accident, but as a means to serve more customers at once. As oddly convenient as the woman’s story was, it was all just plausible enough that Minerva couldn’t disprove any of it. Besides, her story granted Minerva no small amount of face. It wouldn’t do to simply throw that away.

[It is my blessing to be gifted with such flattering company,] she replied with courteous modesty, more to appease those around who might be listening or observing. Minerva certainly didn’t want to eat her meal tonight while listening to people at the surrounding tables whisper criticisms about her manners. [Please, sit.] She gestured toward the empty seat across from her while she spoke, inviting the woman to join her. The more she looked at this guest of hers, Minerva began to feel a vague sense of familiarity with her, but was having trouble figuring out why.
_________________
LARIATO'S LOCKER ROOM

The woman beamed, the one visible eye closed with her lips curling into a pleasing, disarming smile. Before Minerva gave her blessing, she seemed tense, though that could be chalked up because she didn’t know what Minerva would say. It seemed like a long shot, and she heard stories from other restaurant patrons of how the Dane could be outside of the squared circle. And Minerva was well within her rights to not allow anyone to sit with her. Having some random person coming towards you, someone you don’t know would be alarming.

But perhaps the fact that she, respectfully, outed herself as a fan of Minerva brought the Dane to accepting such a request. Say what you will about the fans, but they can be known to cross the line one too many times, even in public. Coming off as respectable will go a long way, especially for one who likes their ego stroked.

That and perhaps Minerva didn’t want to be enjoying her meal whilst being judged by those around her. Hard to blame her for that. Then again, a lion doesn’t care about the opinions of sheep.

[“Oh, and it’s Chae-Min, by the way. Can’t forget to announce myself.”] She said as the woman pulled a chair, letting her coat hanging from the backrest. [“But thank you. Was worried I’d have to sit downstairs tonight. The show was way too hectic, and I just needed to enjoy a nice meal. Turns out that things got even better for me.”] The woman shrugged. ["Don't have any matches tonight?"]
_________________