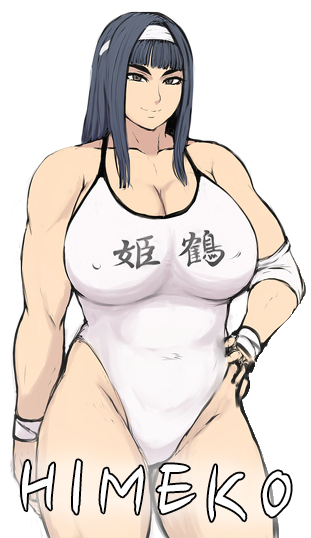 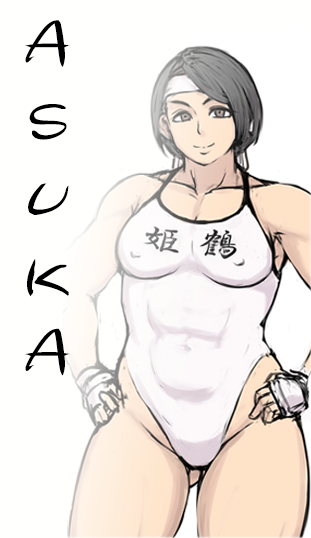 Himeko and Asuka were ready for their justice today. It’d been a while since the dreaded the Dire Pack had attacked the heavenly general after a tourney match, and for far too long had the HWA let that transgression slide. In fact it had already been over a year. Himeko had tried to challenge Manami months back. But it turns out her letter of challenge was thrown away instead of getting delivered. Something about “Manami’s House” not being a real address. Regardless, ever since Manami had managed to win the entropy title, Himeko felt like she had fallen behind her rival’s career.

Himeko had had her own shot to gold, but came just short against Yuki. This would give Manami a lot things to gloat about, but the wolf girl hadn’t spoken a word to her. That meant one thing to the rotund general...Manami didn’t think she was worth gloating to. That really got Himeko mad, considering Manami and her were dreaded rivals. It made her feel like she wasn’t good enough, but the giant refused to mope and sulk. They needed to get back on the Pack’s radar if the HWA was going to be relevant in Friction. So here they were, clad in their white attire, waiting in the hallway to ambush the wolves Yuki and Fumika. Himeko didn’t want an uneven fight, though, so she only brought Asuka with her.

Now this hadn’t been the only time that they’d tried to ambush the wolves. This was actually their fifth attempt. Once they were going to launch their attack in the wolves’ dressing room. Sadly they got the wrong one, and a few very angry fighters had some words for the HWA. They also tried waiting by their car. However, they fell asleep in their hiding spot after a while. Their worst attempt was when Chisato called them asking where her pudding cups were. During the call the wolf pack walked right past the spot where the net was supposed to fall. In hindsight, that plan was far too cartoony to work either way (And yet Himeko still got stuck in it.

Needless to say, they sucked at ambushing in every way. Sixth time’s the charm, though, and this time Himeko had the perfect plan. They were waiting in the hallway about 20 feet from the locker room, that way they could see when the duo left. If they went the other way, Himeko and Asuka would chase them down. If they came towards them, they would block the wolves’ path. Now they just needed to stay behind the boxes until the wolves to came out…the boxes, however, were pretty easy to notice. The reason being, they were basically like the one’s in the Metal Gear series. The differences being that they were tall enough for both women to stand, and that Chisato painted them white. Horrible camouflage, but they didn’t want to upset Chisato by not using them. She was just too proud of them. They definitely upset the janitor who tried to move them, though. One little whisper of protest from Himeko and the guy ran off shouting about how this place was too crazy for him. Hopefully his shouts didn’t alert the enemy…
_________________
Caboose's Friends List