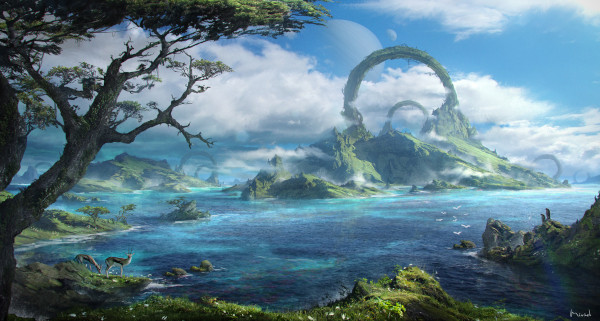 The World of Gaia
Geographically robust, Gaia is a vast world that sees itself as home to a plethora of varied denizens. The world itself is one of high magic, where much of advancement in society has come from the study of ways long since past and heavy tradition. It is home to large expansive kingdoms, or small tribes tucked away in far off corners of the globe.

Example of some things on Gaia: 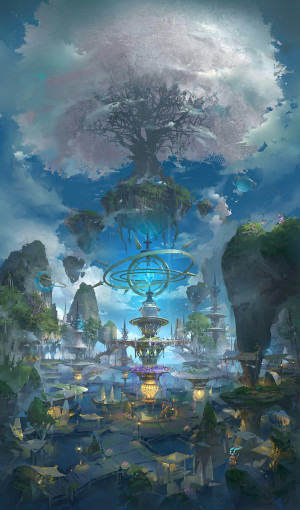 The City of Tsubar
A large post city that serves as the only real societal hub on Faedra. The city itself is built along the natural terrain with sprawling always and long canals linking everything to one another. The main form of transportation within the city is boat, carriage, or hand cart. The city itself is made up of denizens from Gaia as well as other worlds, visiting to partake in the activities of Sovereign realms Wrestling. Those who are employed by the federation are permitted to live within the city or are given free rein to make use of the Waygates to come and go to their home realms.

Those who live in the city can find a bustling trade harbor where merchants from all across Gaia come to peddle their wares to employees of SRW and visitors from other worlds. Within the city limits, The Wardens act as law enforcement. Fighting within the city is strictly off limits and offenders will be fined or jailed as appropriate. Once someone is outside the city limits however, the Wardens no longer concern themselves with how two people may wish to settle their differences.

The Waygates
Found within the center of the City of Tsubar, this serves as the connection between Gaia and other realms. A tower of hewn marble with various gateways within. At its top is a large structure of golden rings which constantly orbit a massive glowing crystal used to focus the Waygate’s power. The building itself is highly guarded by Warden’s on the island, supervising who and what comes and goes. In times of crisis, they have the ability to temporarily shut the Waygates down to prevent their use.

The Amphitheater
The primary location of most all official Sovereign Realms Wrestling. Within the hollowed insides of a great tree, it floats high above the city on a massive fragment of earth. Guests and combatants can reach the Amphitheater through means of natural flight or by the Waygates. This location floats not only for show but function, as it can be moved anywhere throughout Gaia as it is needed.

The Archive
The exact location of the Archives is unknown to all but The Overseers and their Wardens. An underground prison where some of the most dangerous creatures from Gaia and beyond and held in waiting. These prisoners are used for SRW as additional draws, allowing competitors to engage in combat with evils that ordinarily could not be contained in a ring. 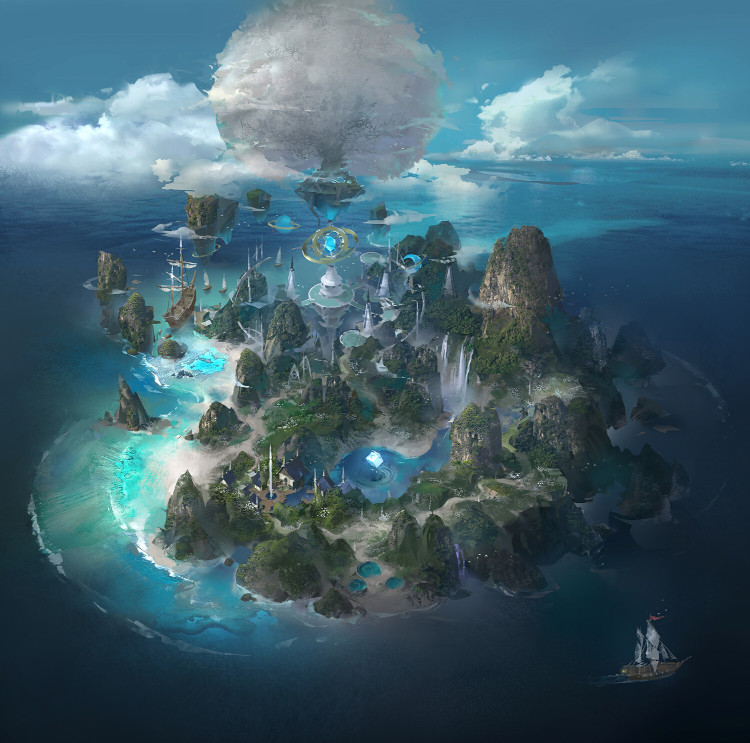 The Island of Faedra
Nestled in the far southern seas of Gaia, far from the influences of any other nation or ruling body within the world. While there is some measure of civilization to be found here, most of the island is unexplored and untamed wilds. It is advised those who live on the island exercise caution when venturing out into the unknown, as the safeties allotted to those who live here are only afforded to those within the city of Tsubar.

Faedra has a naturally warm climate and is a rich ecosystem of mountainous rises, high elevation forest land, lowland jungles, and sprawling beaches. There are some smaller settlements that can be found tucked away on the island, but these places do not fall under the jurisdiction of The Wardens but instead whatever local law resides there.

The Overseer
The singular being known for having brought the realms together for the collective combat sports found in Sovereign Realms Wrestling. They manage all goings on not only within the federation, but the island as a whole. Very few outside of figures of importance from realms afar or higher ranking members of Warden staff from realms afar ever actually meet the Overseer in person. Their directives are normally determined behind closed doors and carried out by their Wardens. 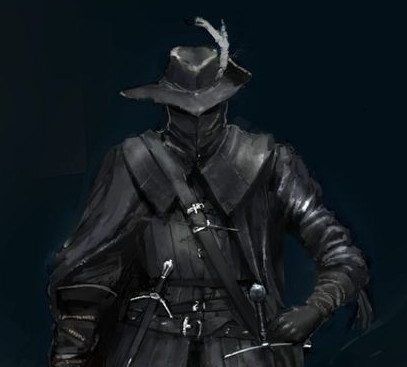 The Wardens
Those sworn to the Overseer who carry out all manner of tasks and services throughout the island. Within SRW they serve as security staff, outside they keep the order of law within the city. A nearly militaristic organization made up of some of the best and brightest warriors and hunters found throughout all the realms, not just people native to Gaia. While their duties are to uphold law and order, the majority of those on Faedra are unsettled by their presence and do not wish to ever cross one.

Duties of The Wardens

Security: Within the Amphitheater, keeping both “the equalizer” in place for the contestants and protective wards in place to shield spectators from the violence spilling out into the crowds. They maintain the ability to handle any guests who would try to interfere with the competitors and see to their removal.

Jailers in the Deep: Not all those who compete within SRW are those seeking gold or glory, some are creatures of great evil found throughout the realms brought here for sport and challenge. Prisoners from Gaia or other worlds find a home within “the Archive” which is an underground jail run by the Wardens. Prisoners here are only let out to compete before being returned until such a time they are called from again. In rare cases, a realm may deem a prisoner here as a gladiator, someone who is permitted to earn their freedom by serving as entertainment for the masses.

The Law: Within Tsubar, Wardens enforce the common laws of the land and act as peacekeepers. They do so with overwhelming force, making defying their will a foolish endeavor. Their jurisdiction however is only within the city limits. In the case of an escaped prisoner from the Archives, however, they will hunt their prey into the wilds until they are brought back.

Powers and Abilities: The Equalizer

While Sovereign Realms Wrestling celebrates diversity of culture and species across all realms and planes of being, we also must adhere to the spirit of fair competition. As such, the Amphitheater has measures in place to ensure these imbalances in competitors are kept within reasonable limits of one another. Athletes while competing will have their supernatural abilities held in check by magical wards placed throughout the arena and maintained by our Warden staff. Those who demonstrate an innate resistance to these limiting magics will be issues special charms which must be worn in their person or implanted within their body during competition to ensure they cannot use their powers or abilities

Example:
Cassandra is a species with the upper body of a humanoid and the lower proportions of a spider. This affords Cassandra the ability to use all of her additional limbs.

George is a malleable species one may describe as slime. George is able to, at will, grow additional limbs. He is not permitted to do this during a match and is limited to a predetermined shape at the beginning of the competition unless otherwise permitted.

Disqualification occurs when a competing party refuses to adhere to match rules or makes use of illegal tactics. While some of these may result in an instant disqualification and ruling of victory to the opposing party. Lesser offenses may result in warnings or a referee initialed five count which allows the offending party to correct their illegal activity. These are done at the discretion of the official.

Unleashed Matches
When truly anything goes, the limitations of the competitors are removed. No magics deaden their powers, no charms to hold back their abilities. These no powers restricted fights are explosive events that see destruction throughout the arena as one of the most devastating spectacles within SRW. Matches of thee nature will oftentimes be located outside of the Amphitheater and be confined to certain other realms or sections of the island far away from innocent bystanders.
_________________
Check out the recently revamped Roster Page, now with pics!