Search
Latest topics
» Suzumi Ishikawa "The Tsunami"
by HighFly Today at 10:52 am

» Maria Fernanda vs. Suzumi Ishikawa
by HighFly Today at 10:48 am

» Open Challange: Kogeki vs Himeko! Giants Rematch!
by GreatForce Today at 3:01 am

Backstage Encounter With The Queen of Queens

Backstage Encounter With The Queen of Queens 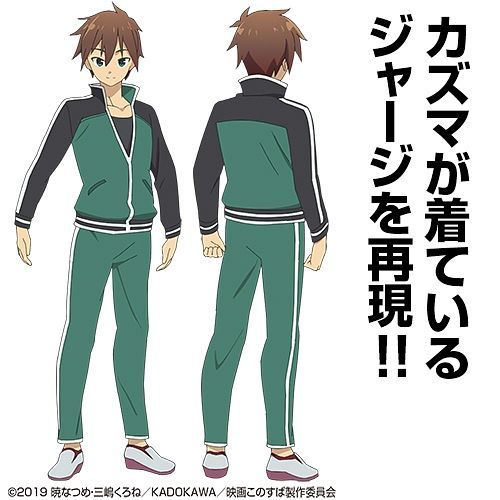 Tonight was going to be a special night for Kazuma. Why, one might ask? Because tonight he had a front row seat in the main Friction arena for a show! Now, Kazuma wasn't turning his back on Tension, the rules made it quite clear. He was here as a fan, ready to cheer on his fellow AFW talent as they competed for glory and while he would cheer and applaud the ladies in their matches, the one match that he was here to see and completely fangirl, or fanboy in his case, over was the one that had the one and only Queen of Queens; Panther Risako!

She was one of the most beautiful and skilled women in the Wrestle Angels league and a multi time champion before it fell apart, and even after it did she continued to prove her abilities in several of the various indie shows that Kazuma had watched. Even after joining AFW's brand, Friction, she continued to impress time and time again. To Kazuma the only person she could ever be second to was Chris Morgan and was hands down one of the few people that he absolutely have at least one match with while he was here. This was going to be the first time he'd ever see her in person and Kazuma and he was going to enjoy every second of it. As soon as that thought passed through his mind he heard the Queen's music begin to play.

Kazuma stood up, phone at the ready to take pictures, and began to cheer. This was going to be a good match!


Time skip (after the show)

"Man that was amazing!" Kazuma beamed as he made his way to the exit of the Friction Arena. As he expected Risako came out on top over her opponent, she may have had size and strength on her side but Risako cleverly used her speed and smaller size to bring her down. He had also gotten a lot of great shots of the match that he was definitely going to post once he got back to his apartment in Tension Heights. Kazuma noticed a few of the merchandise salesmen were still trying to get a few products sold to leaving patrons, and among those products was a poster of Panther Risako! Kazuma quickly approached the person at that stand and purchased it from him without a second thought as a memento of the evening. "Friction really is amazing! Not just talent wise but the arena and the stage were well maintained." Kazuma internally thought to himself as he once again made his way to the exit.

Friction was the older of the two main AFW brands, as such, much more time was invested in it and it's operation. That wasn't to take anything away from Tension but it really felt like a whole other show. Kazuma would've liked to see what went on backstage.........wait a second! He was AFW Talent, even if he was from another brand, he could go backstage, right?! They wouldn't mind if he took a quick look around, right?! Kazuma turned around and began to make his way to one of the backstage entrances in the arena, unsurprisingly when he approached had to identify himself to the security guards with his ID whom were very wary of him even after he had done so. After telling them he'd like to go in, Kazuma was given a very strict set of rules to follow.

No men allowed in the locker room, do not inappropriately approach the female talent, you will be monitored by a shadow, and etc. Really goes to show how on guard they were with men. Finally Kazuma, got backstage and began to wander around with no real destination in mind, making sure to not get in anyone's way as he did so. The equipment was high quality, the stage crew were professional, and the female talent were gorgeous but that last one went without saying. Seeing all of it actually sort of motivated Kazuma to do his best so that Tension could catch up with it's sister brand. With a new sense of motivation Kazuma turned around and would've finally began to make his way back home if..... he hadn't accidentally bumped into someone as he did so. "Sorry bout that. Are you o-" Kazuma started to ask only for the words to get caught in his mouth as he got a look at whom he had bumped into.

There was, Risako thought to herself, no workout quite like a good prostyle match to leave one feeling energized and relaxed. It was a weird thought to have, especially how rough and strenuous a tough fight could be-- and Risako's last opponent had gotten a lot of good hits in. But at the same time, there was a lot of tension that built up towards a match that just vanished afterwards, and a lot of leftover adrenaline that still coursed through her veins afterwards. Despite the pain and the bruises, it was often a good feeling, and one of the many things she enjoyed about her sport of choice.

She was brushing her long violet hair, having just dried off after a post-match shower, a towel wrapped firmly around her slender, naked figure. Admittedly, it felt good to have a win after that hard-fought tag team loss she and Emily had suffered against the Irish Amazons, though to be fair, Alaina Sanders had been on top form in that battle. Risako looked forward to facing the Amazon again to even the record between them.

Of course, that might have to wait...after all, there were other scores to settle as well: there had been talk of a tag team bout against Freia Kagami and Thunder Ryuko, and if there was anyone who needed to have odds settled against, it was Kagami. Not to mention, of course, that she and Blade had plenty of battle to fight together still as well.

Sighing, she turned and got dressed. After changing into a simple black blouse and a pair of tight jeans, she brushed her hair back, packed her gym bag, and headed out to exit the change room. She figured one of her favourite restaurants on the grounds was still open, so she was hoping to stop there for some dinner, and then maybe call Uehara or Emily and see what they were up to.

As she turned the corner to exit the locker room, though, someone bumped into her, a face briefly colliding with her chest. Any other person might have recoiled from such an impact, but Risako was used to having shorter girls working on the same roster as her, and this hadn't been the first time that one of them had bumped into her bosom. Hell, sometimes she had been guilty of accidentally smothering one of them against her chest in a big, matronly hug.

Except, the person who had bumped into her was not part of the Friction roster. For one thing, he was, as far as she could tell, the wrong gender.

"Eh?" She raised an eyebrow at the young man who had just collided with her. A fan, perhaps? He was looking up at her with wide-eyed amazement, and she quickly concluded that he must have won a backstage pass or something. Oh great, a fan just collided with my chest. He's probably going to brag all about it on the message boards now.

All the same, she decided to keep her cool. "Ahaha, no harm done!" she said, smiling a little. "It's easy to bump into people in a place like this!" She noticed how the young man was staring up at her in wide-eyed amazement, and she smiled and extended a hand. "The name's Risako. Panther Risako. I'm guessing you've heard of me?"
_________________
UNDERDOG'S KENNEL:

Kazuma was completely and utterly shocked upon looking up at whom he had bumped into, it didn't even register in his mind that for a fraction of a second that his face had been in Panther Risako's bosom as his emerald eyes looked up at her amethyst eyes. Kazuma had seen her in action several minutes ago getting battered and beaten and now here she was standing in front of him looking as fresh as someone having just come out from a shower. Kazuma blushed as her smooth as silk voice reached his ears, followed by her extension of her hand for a handshake.

Kazuma robotically raised his own hand and took hold of Risako's, accepting the handshake all the while amazed by soft it felt in his. "Y-y-y-y-yes I have your h-highness. I'm K-K-Kazuma. I work over at T-T-Tension as one of it's wrestlers." Kazuma stuttered as he replied and introduced himself, making sure to properly address Risako with the proper respect. Normally, Kazuma would introduce himself with confidence as a wrestler, but he was standing in front of a woman whose in-ring ability eclipsed his own. To use each other's title as a reference; she literally was a Queen and he was just a lowly Adventurer, bragging about it would've been like a child trying to showoff the tiny fish they caught to their parent that had caught several large fish.

"Y-you were great in tonight's match. N-n-not that I'm saying that y-you aren't always grrr-eat in your matches. It w-was just amazing how you won. It kind of reminded me of this one match that you had with Grizzly Yamamoto back in the W-wrestle Angels league." Kazuma said, having somewhat recovered from the initial shock of meeting Risako in person.
_________________
Satou Kazuma
Sachiko Kanda