Search
Latest topics
» Suzumi Ishikawa "The Tsunami"
by HighFly Today at 10:52 am

» Maria Fernanda vs. Suzumi Ishikawa
by HighFly Today at 10:48 am

» Open Challange: Kogeki vs Himeko! Giants Rematch!
by GreatForce Today at 3:01 am

Strategy: Due to being quite weak, Suzy tries to avoid overpowering her opponent rather waiting for them to attack, countering and then attacking or just take the opportunity to attack while they seem vulnerable. Using a bit of Crane Kung Fu she learned to use her wings to deflect and use her legs to attack.

She also tries to put her opponents airborne as much as possible as she fills that she has advantage in that position.


Preferred Matches: Any, except submission


Storm Kick: Suzy leaps upwards and using her wings, she stayed floating for a fer seconds as she delivers a fierce barrage attacks with her talons, kicking and scratching her opponents.

Hurricane Drop: Using her talons, Suzy picks up her opponents, before flying up and throwing them upwards, then warping her wings around them to trap while driving them downwards with rotating Izuna drop.

Tornado Alley: Suzy waves her wings violently unleashing strong air that can push the opponent or even some objects back or even throw a small tornado towards the enemy.

Feather Blades: The feathers in her wings sharpen, which she uses as blades, swinging her wings into to cut or even throw the feathers as projectiles.

Death Talon: One of her legs turns black, gaining metallic features as she uses it to deliver one powerful kick with it. 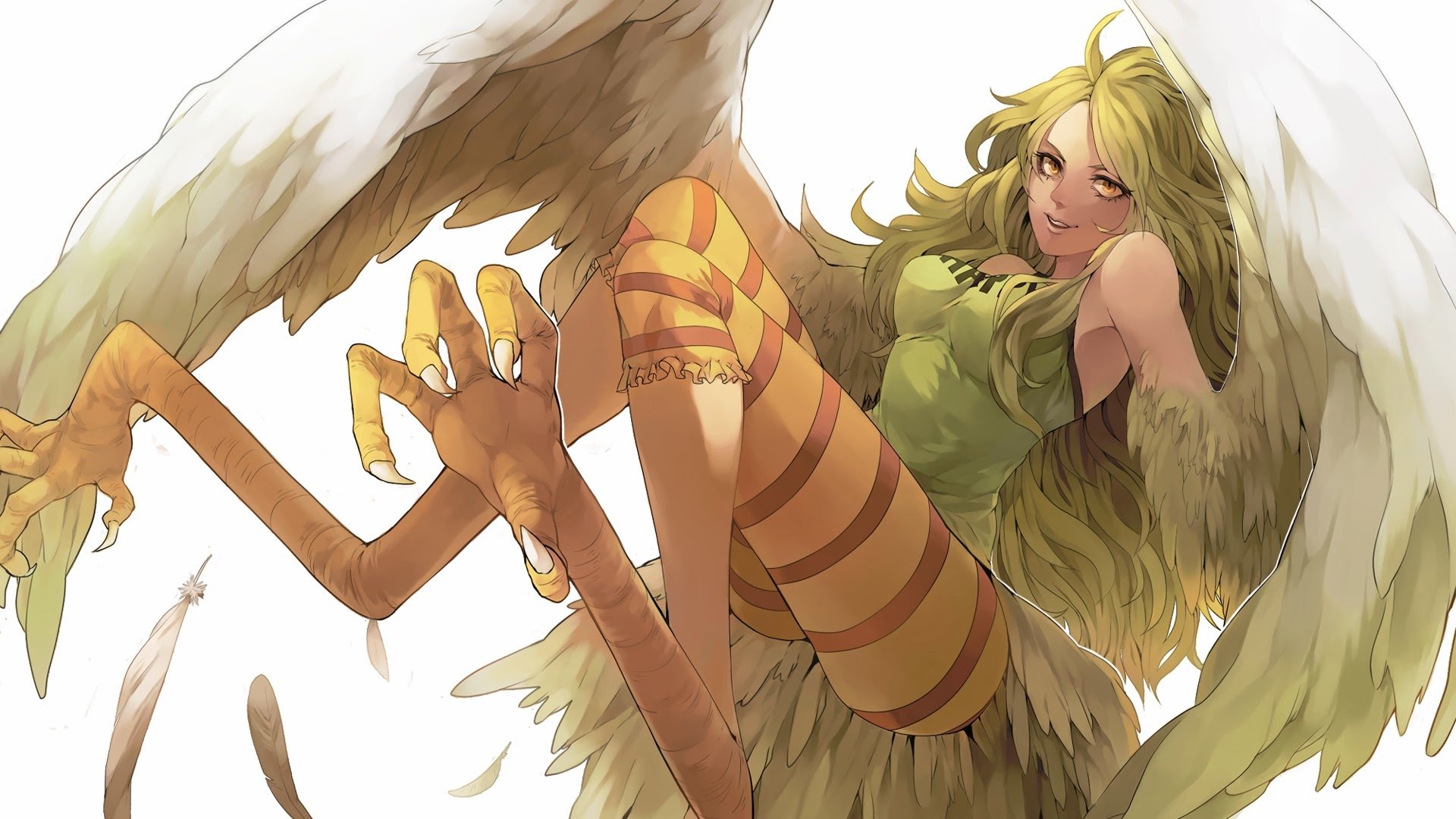 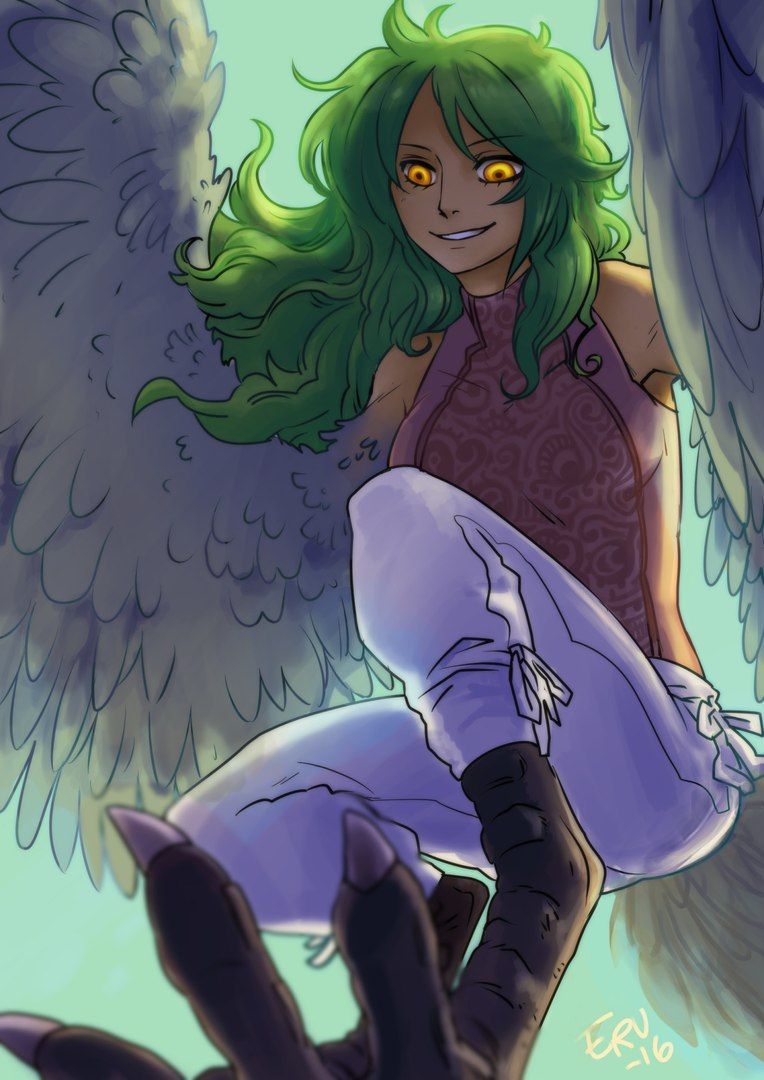 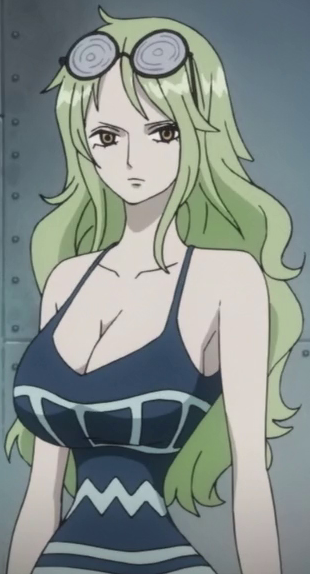 Personality: Suzy is prideful, but calm and calculating, hardly racing head first into danger even when in rage. Her prides tends to show off even more when she has the upper hand. She also doesn’t curse a lot, escaping a bit when angry but even so, she likes to try to seem as elegant and eloquent as possible.

When it comes to fighting, she doesn’t mind to use low blow such as trying to scratch they’re eyes, non lethally, just wanting them to open for an attack or to escape if needed or even aim kick to the groin region, however she rather keeps this type of tactics to only when necessary, trying to avoid using them right in the beginning unless if her opponent is that scary.

Suzy also has no problem with teaming up with anyone, has she knows these type of tactics come to help, specially to some has fragile as her where she could use the other person as a meat shield or main attack force as she could attack from behind to pick the enemy up and throw her towards her teammate.


Past/History: Suzy was a former scientist, a biologists to be more precise. She enjoyed to study animals, small, big, insects, mammals, birds... and sometimes even the human body. Later in her life, she started to get interested in things that seemed out of her world, hybrids, human with animal features, different body parts, extra strength, or agility. She was getting obsessed by it, almost to a put where she started to experiment on herself.

This later was succeed as an earthquake hit the zone of her lab, starting to flinging several cell samples and other chemicals, starting to fuse her own cells with birds’ and some of small steel instruments like scalpels and such.

Feeling like a freak she didn’t knew what to do, other than trying to discover what happened to her. Later finding out that there was a place full of other “special” people, curious to learn more, she wanted to join and knowing about the nature of the place, she wanted to come out on top, showing that even in her fragile body, she could do many things. Suzy started practicing ways to defend herself and attack, learn what she could do. A few months later of preparation she decided to join finally


Fun Facts:
-While she can’t pick heavy things, she still can grab and hold small objects with her wings, as they sort of work like hands.
-She loves Chicken Burgers.
-Has a bad habit of hiding her face with one of her wings when blushing or chuckling
-When angry, bird quacks could be heard when talking.
-She has the habit of using her feet to everything, instead of the feathers on her wings.
-Has a pair of glasses, a notebook and a pencil always with her.

Camelia Andrews
The big pinky. She shall amaze her enemies!