Search
Latest topics
» Slay or Stay: Triin vs Luna [Special Stipulation]
by Yori Today at 9:35 am

» Amelia Kunisada (D) vs Jinx - The Ninja and the Feline
by Jaystar Today at 8:13 am

Rules: All is permitted (Hardcore/Hentai allowed)
Attire: Normal Clothing
Victory Condition: Submission or Knock Out brought about via Face-sit smother 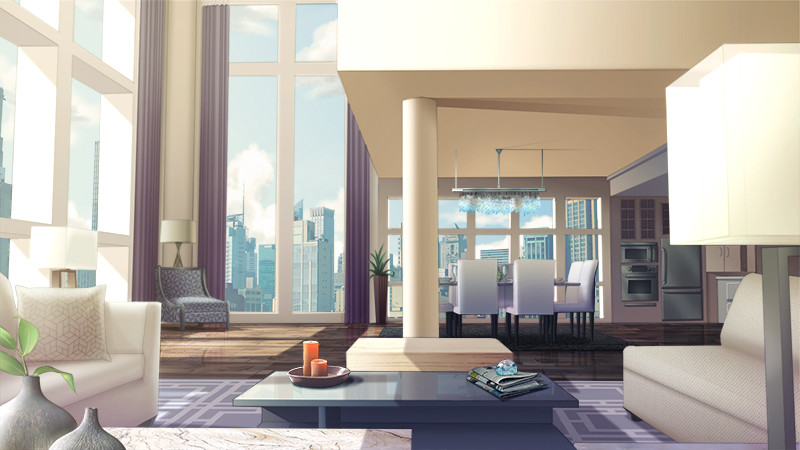 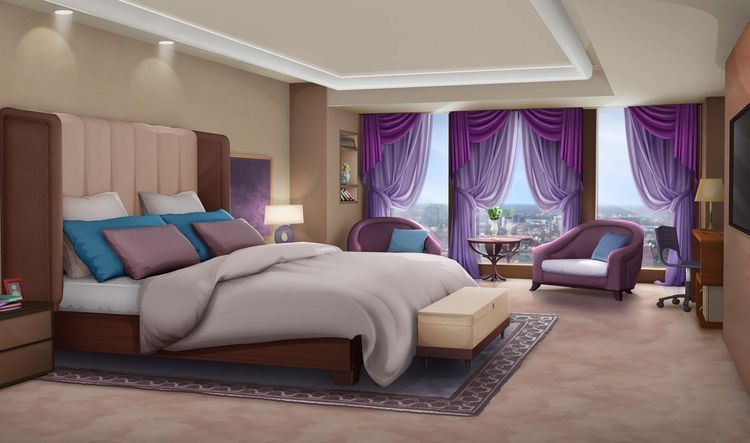 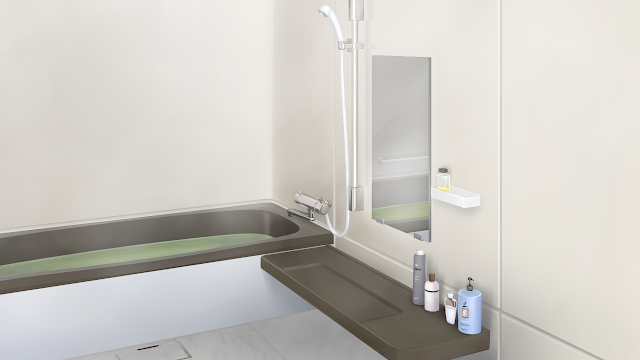 Aoko hadn't been in many matches for quite a while and all of a sudden she was being dragged into more and more, she was a bit curious as to why but she was happy nonetheless. However tonight's match was a bit more unique and worrying. She knew who Heather Sunderland was, a former big name in this league and she knew well enough that she hadn't been all that prominent in a while. Perhaps she was making a comeback? Though this was a strange match to do it in. It was a catfight match, in an apartment. Anything was allowed of course as in a real catfight but the victory conditions were what worried Aoko a bit.

Face-sit victory, seemed to pose a bit of a problem but she couldn't help to admit that she found the thought a bit interesting. Still she was a bit apprehensive about it as well. Shaking her head a bit, the chime of the elevator sounded and the door opened to the penthouse suite of the apartment building. A suite that AFW owned and apparently had decked out precisely for these kind of matches. Aoko walked around the living room as she looked around. It was a nice, clean and rather big apartment....about the same size as Aoko's own penthouse suite. Walking up towards the living room, Aoko would place her hands on her hips.

She wore normal clothes for this match. As the match had called for, dark boots, black stockings, a black skirt and and long-sleeve white shirt. Long brown hair flowing behind her as she walked into the living room. "Guess I'm the first here?" 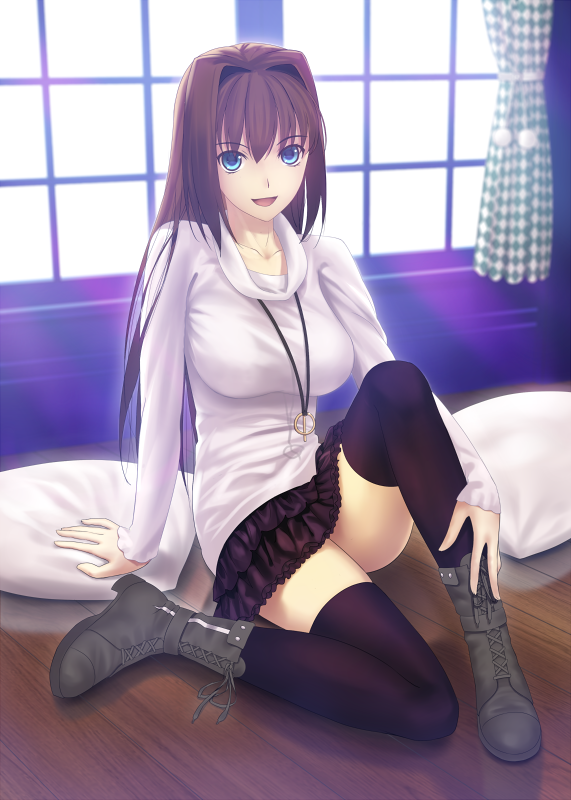 It wasnt all that long of a wait until Heather had arrived shortly after. This certainly wasnt the kind of bout she was expecting to be put in since being taken under Amayas care, but she assumed working on a weakness of hers was part of the idea of this whole thing. The match was anything goes as well, so the thought of winning by any means necessary definitely would reign in this match.

Heather made her way in, her eyes darting around the place as she did. She tossed the two-toned purple hoodie to the side, leaving her dressed in a black t-shirt, black skirt, purple and black striped thigh-highs, and black boots. She took a few steps in, a long breath coming from her mouth before her eyes finally came down and found Aoko.

"Not the best luck you've got. I wouldn't have taken this match if I were you." Heather let out a long sigh, rubbing her temples a little, narrowing her eyes at Aoko afterwards. She waited for her response before she just rushed right in at her. She tried to ram her body into Aoko's and tackle her hard onto the table in front of the sofa.
_________________
Friction/Tension:

Aoko would hear the chime of the elevator as it seemed that her opponent had arrived, seeing Heather Sunderland step out into the living room. She had to admit that Heather looked pretty much like she remember the former champion contender from having seen her in matches. Rolling her shoulders a bit as she would step up a bit towards the purple haired woman.

She stopped though when she heard Heather speak. One hand on her hip, Aoko would begin to respond. " Oh I don't know about that. I feel like it's pretty lucky to get a chance beating a former big name wrestler." Aoko spoke out, entering in a bit of a trash talk with Heather. Though as she would see Heather start rubbing her temples a bit, causing Aoko to tilt her head a bit.

" Uhm...are you okay?" She let out before suddenly Heather rushed right at her, taking the brunette by surprise as she rammed her body right into Aoko's and took her off of her feet driving her right into the table with a nasty impact. "Guuhg!" Aoko gasped out in pain as her back hit the flat side of the table!
_________________

Heather still had her hesitations in going all out to a cruel extent, but she did her best to shrug off those hesitations as much as possible. She pushed it in her head that Aoko was just a target in this match--a stepping stone to improve and jettison her career. She had to just keep that in her mind and not--try to feel any sort of regret in possibly angering and making an enemy out of someone who she admittedly found to be quite the cute one.

She tackled her right onto that hard table, gritting her teeth and pushing up to immediately straddle her hips, looking down at her and pushing a bit of a grin on her face. "We'll see what you think about it in just a bit." She simply let out, wriggling to make herself sitting as firm as she possibly could atop her. She tried to squeeze her thighs in to hold her in place as much as she could, clenching her fists tightly and bringing one up.

"Just so you get used to not being able to breathe!" She let out almost as a warning, aiming her right fist down hard towards her abdomen.
_________________
Friction/Tension:

Heather's sudden tackle had taken Aoko by surprise and she had therefore been brought down rather harshly onto that unforgivingly hard table. Her back hurting as she arched it up against the table for a second or two, until Heather's weight came down onto her hips, straddling the actress and getting an annoyed groan out of Aoko.

She was about to bring her arms up to shove Heather away, only for the purple haired foe of hers to smash her fist right into the abdomen of Aoko! The brunette would gasp out, as she hunched forward/upwards a bit and her arms instead wrapped around her midsection, coughing out a bit.

Heather was all grins at how well the match was going from the get-go. She had Aoko down on her back and groaning out already, ridding the air from the girl as soon as that. This was the perfect opportunity to weaken her a little in the exact way that the match called for. She needed to scoot herself up..and to show that she was going to put it all out here, she reached forward for a specific place to pull herself up.

She planted both her hands on Aoko's chest, trying to squeeze and push down at her breasts in her movements. She went to use that soft part of her to lift herself up and slide forward, having to release her when she got up close enough, attempting to just slide her crotch right up and down against Aoko's mouth and nose, wanting to lock in the first facesit smother of the match!
_________________
Friction/Tension:

Aoko grunted and coughed out as she tried to get air back into her lungs. Wincing a bit from the impact to her midsection as she shook her head. Though the sensation of pain was instead replaced with a sensation of discomfort and other feelings as well...as Heather decided to take a hold of her breasts, giving them a tight squeeze that caused a faint blush to appear on Aoko's face. Releasing a silent cry as she writhed underneath Heather who used those breasts of hers to pull herself up on top of her.

All before she got up close and placed her clothed crotch down upon the face and mouth of Aoko! The actress released a muffled cry. " Mmpph!" as she would try and reach her hands up to grab at Heather's hips, locked into this humiliating facesit so early cause Aoko to kick with her legs and shift from left to right.
_________________