» Concerning lockdown and my state
by Iceman Yesterday at 11:36 pm

Hitomi would stumble forward after finally getting the Brit off her back! She'd take a moment to gulp down a healthy amount of fresh air before turning to her staggering and struggling opponent. That must have hurt quite a bit, but she didn't have the time to feel sorry for the blonde! That was a serious attempt to bring her down! And it was clear than the taller Japanese girl was taking this match that much more seriously herself.

As Lily slowly tried to raise herself back up by grabbing the ropes, the taller young woman would move towards her and grab her from behind. She'd try to wrap those strong arms of her's around the kawaii's waist. Despite her still holding onto the ropes this was a clear attempt at a suplex! Choosing to give it everything she got she would try to wrench Lily from the ropes and deliver a devastating suplex in one crisp and clean motion 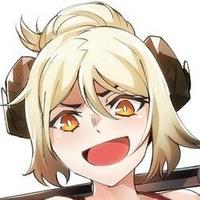 As she groan and use the corner as support, as she pants and groan in pain, gasping for airs before she would felt Hitomi wrapped her arm around her body, she would grip on the rope as she plant her feet on the mat on the ground, try not to let go

After rolling herself over from that suplex, she couldn't help but feel a bit bad for Lily! What a compromising position to be in. She was thankful that she had elected to avoid skirts in her wresting outfit for that very reason. In most circumstances she would probably keep up the offensive pressure but she had to wonder if that might have been enough already? It was one thing to keep going but knowing when to stop was another. Seeing as how the Brit wasn't trying to roll onto her stomach or attempting to spring back up see saw this as good of any time to measure her opponent's endurance and resolve!

She would crawl over to the kawaii hooking her arm under the smaller girls leg and raising it up! She leaned over on top of her and motioned for the ref to start the count! While it was a bit early it could be good for back and forth to go for an early pin! Even if she didn't really expect for her opponent to stay down. It also served as a chance for her to subtly smooth out and fix Lily's skirt so it wasn't flipped over her hips any more...

"1!" The first count came. Hitomi looked down at the Kawaii, with her face being able to be hidden from the jumbotron she seemed to be wordlessly urging the small girl to try and kick out! That was if she wasn't already out cold...

If succeed she would pants as she try to give Hitomi a kick to the face as she sit there before she slowly sit up again, panting but ready to continues the match as she raise her two fist while breath heavily, also start to sweat and looking eye to eye with her opponent
_________________

The girl kicked out of the pin quickly! Just like she thought it was a bit too soon to go for that. Probably way too soon as she was given the wonderful gift of a boot to the head by the kawaii. No matter who you are being kicked in the face is never a pleasant thing, it wasn't a weak kick either! Lily was a quick girl which meant those legs of her were pretty potent, it caused her to flinch giving the smaller girl enough time to roll away.

Despite how much it hurt she couldn't help but continue to be excited. The adrenaline already in full effect of being on this stage was more than enough to help her get past the pain. She was a bit thankful that those boots weren't too heavy duty and avoided getting any dramatically bleeding cuts on her head or face. She'd hate to get blood all over her outfit on the first day! She rose back to her feet with her hand over one eye for a moment.

The smile faded as she returned to that stern expression, as if nothing had happened just now despite the obviously large red mark on her face. She was happy to already see her opponent sizing her up with her fists raised. It had been working for her so far and so she decided to try to pressure her opponent back into the corner! She would start to approach the Brit with her arms close to her body, ready to catch and parry any further incoming strikes to her sides and body.

Lily would look at Hitomi in the eyes before charge at her, she would throw a kick before follow by a punch, try to surprise her with few quick strike as she hope they would meet it's mark, as she run toward her, she would know the risk of being caught, so she would perform as quick as possible

If succeed, she would grab her head and pull it toward her knees, giving her a knee strike to the face, if not, she would try to quickly jump backward and attempt stay away from her range, hoping the knees would be more effective than before
_________________

The barrage of attacks came quickly! The blonde still had quite a bit of fight left in her! She focused especially hard on keeping that already softened side of her safe from any more kicks and punches. She managed to block most of them, not seeing any opportunity to grab a hold of her. The taller Japanese girl planned to continue to force her agile opponent into the corner to limit her mobility, but that plan was cut a bit short by a sudden ringing in her ears. "Gh--!?"

That knee came out of nowhere! She hadn't used any strikes like that yet! It was unexpected to say the least and it caused Hitomi to look straight up! She was stunned for a moment, a small trickle of blood ready to start to escape her poor nose with her arms dropping a bit from her protective stance. Her senses came back to her rather quickly though. She recognized an opportunity here though. For most people this would have been an incredible chance to try to turn the tides. But 'The Gatekeeper' she planned to use this strike against the kawaii by feigning just how long she was really stunned for.

If Lily came closer for a follow up, the bigger girl would try to grab her and pull her in so the two would be face to face!

As Lily's combo succeed she smile as she goes for another punch, but result in Hitomi grabbed her and pull closed so that they're face to face as Lily realize that something is gonna happen and she won't like it, so she start to struggle around to try to escape

She would struggle as she wiggle around, but of course, she's not strong as Hitomi, even then she would still give her a hard time to perform her move as they look at each other eye to eyes
_________________

"Not bad. Let's see if you can handle this though..." She'd say in a bit of a low tone. The taller Japanese girl would hoist her smaller opponent off of her feet completely. Now there was a real test about to go down! Once she managed to get a good grip on the squirming girl those arms of her would begin to squeeze as tightly as they could, securing the poor Kawaii in a powerful bear hug! She even made sure to be squeezing her around her chest. While this had the unintended side effect of forcing the pair's breasts to press into one another...the actual reason was to make it harder for the blonde to breathe!

She would swing the squeezed girl back and forth now, trying to force that much more air out of her with every motion as she started to approach the turnbuckle again. This was a bit nerve wracking for her, as this set of moves was something that she had came up with herself! And with impeccable balance she started to climb up until she was on the top ropes with the kawaii still in her arms! It would be the first test for one of her finishing sequences! 'A Test of Endurance!'

She would felt herself being swing around as she more airs was knocked out before she was moved to the top of the ropes, at this point, she was panting and groaning was she sit there, gasping for airs but still fighting back by wiggle around, try to escape.
_________________