The sickening imagery of the Bullet Club leader being crammed shoulder, and more disturbingly neck first, onto the mangled steel was replayed ad nauseum at the behest of ratings driven backstage producers. But it was considered insubstantial by the Rabbit-eared Revenant glowering down at the lifeless champion looking nothing like the winner of this match. Death proceeding to exit the ring with her flaccid foe dragged along by clutching on to her wrist. EMT's and random personal parting like the Red Sea as Death started making her way up the ramp, none being exactly enthusiastic at the prospect of attempting to stop what appeared to be Adrian possibly being dragged/escorted to her final resting place by The Reaper herself...
_________________

Adrian's dead weight offered only the most basic resistance as the grave keeping rabbit decided that she didn't want to wait for a hearse to arrive and instead just drag the champion's body into the nearest hole in the ground herself, only getting a bit more resistance as her body was dragged through the sand and onto the ramp.

While the EMT's were offering little and doing less to stop Death Bunny, and the Jackson Sisters were probably still recuperating after suffering a similar fate as to what happened to Adrian, there were still a few people who had seen enough. It was only due to the spread out nature of Summer Splash that Adrian's girlfriend hadn't immediately shown her face once the Grim Hopper made it clear that the bell being rung didn't mean it was all over. Now the imposing amazon was pushing her way through the curtain, a chair of her own in one hand and pointing an accusatory finger with the other. And she wasn't alone.
_________________
Adrian Kytes (Heel) Outspoken All-Rounder
Rebecca Tomko (Tweener/Heel) Amazon Enforcer
Sabine Shanoa (Face/Tweener) Dancing Succubi
Tina Armstrong (Face) Blue-Eyed Superstar
Yelena Turova (Face) Crushing Powerhouse
Pantha (Face) Pride of the Jungle
Anna Silver (Face) Ardent Angel
The Green Empire The Empress & Imperial Guard.
Mara Jingfei (Face) Amethyst Dancer

Not alone at all.

Rebecca Tomko was had a big shadow to stand under - fucking huge - but the woman behind her wasn’t a shrimp, either. She came out from the curtain as well, long hair nearly dragging along the floor with every step, arms crossed along her proud chest. She had on a different outfit than the usual, barebones one that the fans were used to. A little older. A little bulkier. Something was different, something was off, a different kind of edge than usual.

But there was mistaking it. The woman standing beside Rebecca Tomko was… 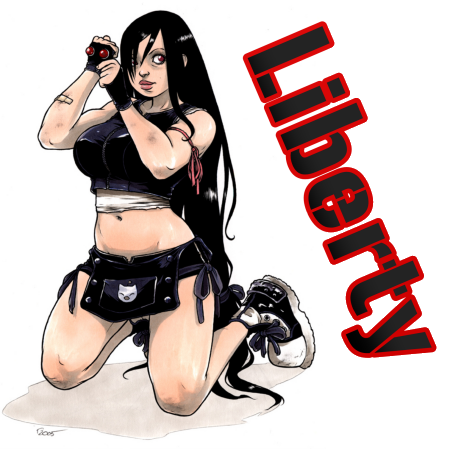 No mistaking it. The former hardcore champion hung by her side. Not that the towering titan needed any backup but the message couldn’t have been clearer - unless she wanted to be in an impromptu hardcore match against two of the league’s heaviest hitters, she needed to drop Adrian and make a swift retreat.
_________________

Halted in the implementation of her grim judgment by the shadow's of two figures impeding her stride, Death chillingly raised her head up and acknowledged through her one good, yet soulless eye who stood before her. Battle-ravaged though she was with her face a splattered inkblot mess of green mist and scarlet red blood, she remained steadfast and eerily unflinching in the prelude to her cracking these fools skulls together and savagely-

"..." Death piped exhaled air though her flared nostrils, and relinquished her grip on the cuff of Adrian's attire to the champions deadened flop. A far better idea having convinced the murderous hare to adopt the strategy of fighting another day, and as a result not risk taking on the 4th and 5th Bullet Club member she'd contend with tonight. Providing that Liberty and Rebecca would make a path between them after she'd released the champion, Death would make her way back up the ramp with a scraggily voiced omen on her way out.