Search
Latest topics
» Nagana vs Yori [Unleashed Match]
by Tarantulust Today at 7:31 am

» Endurance Sex Queen Match (I Quit): Raposa Faísca vs Origa Xenia
by Ringropes98 Today at 7:25 am

» [Handcuff Match] Nerissa Labong vs Nidia Roja - At The Point Of A Needle
by Ringropes98 Today at 7:18 am

» Guess Who's Coming to Downton
by killcarrion Today at 6:52 am

Ataru had recovered well from his physically and psychologically crushing defeat at the hands (and curves) of  Millis, partly with the help of some embarrassing healing techniques applied on him by some busty maidens...
And now his mind was focusing on only one goal: to get back at full strenght, even improve his magic and fighting skills if he could, so that he and Ryu could eventually win their freedom back.

That's why the young mage was all by himself in the courtyard today, practicing his elemental magic without busty Luciana amazons  being around to mess up his concentration... or that's what he thought.
"Sylph.. I summon you! Gush of wind!". He made a double palm strike sort of move, creating a small tornado that would shake the big oak in front of him. "Yes... it worked!" 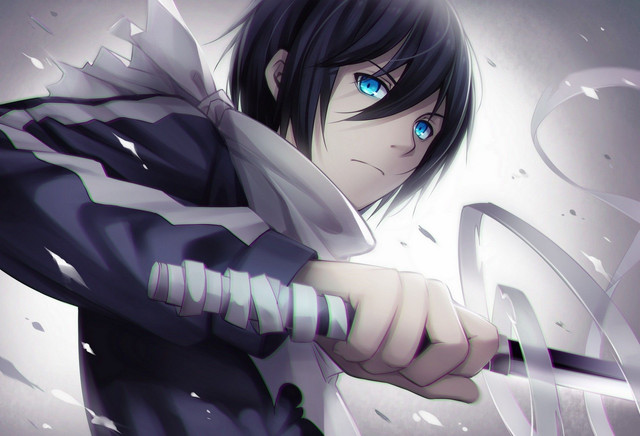 “Fufufu, is that really it?” A seductive voice giggled behind Ataru, one of the skilled knights of Luciana spleaning against a nearby tree with her arms folded underneath her breasts. Shizuka had been watching the boy’s training, and for the most part had appeared unimpressed, although the smile on her face had showed some interest.

“Such a simple spell and you cheer that it worked? Come now, a legendary hero like yourself must have a better arsenal then that.” She stated, taunting the young mage. It was uncertain of what her intentions were currently, however Ataru’s recent history with busty women would likely put him on edge. 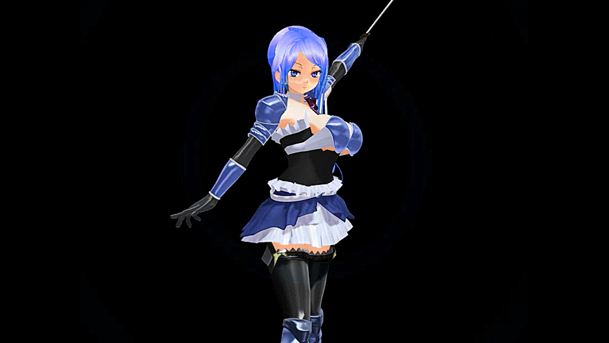 Ataru nearly jumped, startled by the busty knight as he turned around to meet Shizuka's amused smirk.

"Ugh..! Sorry if the show was below your exprctations. I'm sure that you have mire interest things to do than watch my training".
He'd grumble, then taking a deep sigh as he tried to get back his concentration, certainly not wanting to fall into her provocations.
_________________
Ryu's team:

"True, there certainly is much more important things then seeing a supposed hero is only capable of spells of little caliber is far more entertaining." She taunted, taking note of his posture to see his attempt at trying to ignore her.

"How is it you managed to defeat the Demon King with spells that weak?" She'd ask when he fired another one, smirking in amusement at him. "Millis has such a higher level of magic power, yet she's a recently made knight. Don't tell me a hero is that weak, or is it you simply liked being toyed with by your childhood sweetheart?"

Despite his usual controlled attitude, Ataru was starting to fume at Shizuka's non stop taunting.
"Sure my weak techniques are so lame, but where were all the powerful Luciana maidens when we defeated Demon King? Trembling behind high walls! Now please stay back and let me get back to training, I don't want to accidentally hit you! >///<"
_________________
Ryu's team:

"Oh, is that what you think?" Shizuka questioned, a notable shift in her attitude as she gave him a harsh glare, approaching him until she stood right in front of him, matching his height. "Tell me, how long did it take you to defeat the Demon King with skirmishes? A week? Two? No, it was three months of back and forth battles while the demons raged. While you played hero, we protected everyone you left vulnerable."

"Do not take us for cowards in the face of adversary, surprisingly you were the one group of men Her Excellency left to such an important task while protecting her people. As for getting hit..." Shizuka would say, her glare returning to entertainment as a green aura surrounded her arm and she swung to the side, sending a blade of wind at the tree he was shooting at and cut right through it. "I believe I'm more than capable of handling a few weak shots from you."

"W-Well I didn't really mean to insult your courage... it's just that you provocated me.. o///o". Ataru's face flushed a bit at Shizuka's reply, being a good gentle guy after all.

"As for handling my weak shots, I'd never hit a girl without a reason. Unless you want to be my sparring partner..", he said almost reflexively. Since his concentration had been messed up now, maybe a friendly spar with a tough Luciana knight could be a good method to re-focus.
_________________
Ryu's team:

“Oh, a challenge?” Shizuka would taunt, smirking at the hero. “Well, since you gave it.” She’d say, immediately grabbing his wrists and slamming her knee up to his gut, gaining a cheap but effective advantage. “I will gladly show you what a veteran Luciana knight is capable of.”

Not that this wasn’t what Shizuka wanted though. After all, she had seen the pitiful display he had put on when facing Millis and was confused when the pink busty knight still talked about the boy like he was something special. She wanted to see for herself, or rather experience why the young knight could still find Ataru as anything other than a joke.

A good share of Ataru's wind was pressed out with a groaning huff, the boy's eyes widening in shock and pain as he was caught offguard by Shizuka's sudden attack.

Her following strike didn't not find the young mage unprepared though, as he instinctively created a windy shiled around his forearm to deflect Shizuka's incoming kick.
"Unghf... attacking when your opponent is not ready... the best moment to gain a starting advantage... ghh..! o///o".
Ataru was not the warmonger kind of guy, but if she wanted to make it serious, then he wouldn't pull back.
"Alright then.. eat this! Gnome, lend me your power!"
Summoning the Earth elemental to enanche his physical strenght, Ataru grabbed Shizuka's wrist and tossed her towards the shattered tree trunk with his massively enhanced strenght.
_________________
Ryu's team:

“Good, give me something to work with.” Shizuka smirked as he threw her, showing complete faith in herself as she flipped over her shoulder and planted her feet on the destroyed tree. She then demonstrated her own skill as she lunged forward, spinning before attempting to kick Ataru in his chest.

Whether he managed to block or not, the busty knight would then follow with an impressive mixup of kicks and palm strikes. Seeing his fight with Millis before, she registered that although it wasn’t by much, the boy was at least somewhat competent in less intimate combat. And she was curious to see how well the young mage would fare before she decided to have her fun.