Search
Latest topics
» Its Wabbit Season! (For Lederface)
by Deus001 Today at 6:22 pm

» Crossing the Wire: Nidia Roja vs Barbed Wire
by Harrier Today at 12:48 pm

Starcrossed Lovers and Briefcase Beatdowns: Whose Not Telling You Everything?

Starcrossed Lovers and Briefcase Beatdowns: Whose Not Telling You Everything? 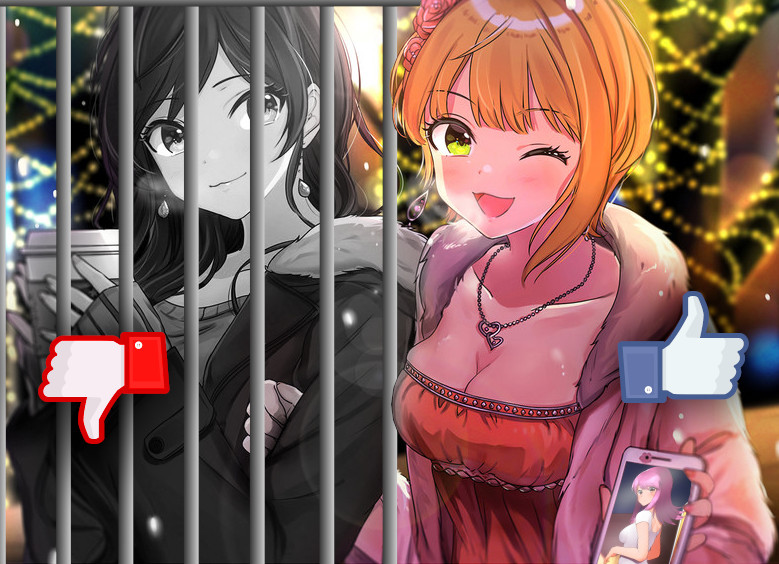 Lauded as one of the biggest signings outside of the wrestling business, Kaylee Day and Belle Christensen were, to many, a strange acquisition for AFW. Internet sensations with child acting chops and fashion businesses under their wings, the common consensus was Daily Day's Duo was going to crash and burn faster than Momentum's viewership this last year. It had us all scratching our head until they hit the scene, promptly lighting it on fire.

No one could have guessed that with all these star studded names and sex on the table it would have been an elimination tag match on normal television that formed the peak moment of popularity for the social media queens. That's right, recent contenders for the tag team championship, Novae made their rip roaring debut here as well and the four ladies positively tore the arena down that night with an incredibly impressive showing from all parties. With unique offense, sick burning smack talk, and something a bit more behind the scenes.

Most people thought things ended that night, but those who have been following along closely know that there was some serious bad blood with the two teams taking jabs at each other on social media going on up until recent. Some have speculated this was a feud that was intended to continue on past the duos first match but was abruptly benched when Kaylee Day was sidelined by an unfortunate shoulder injury at the hands of Yukari Tooru, better known as Ao-Oni, one half of Friction's own Onigashima.

The timing couldn't have been any worse as audiences were clamoring for more of the prime time princesses on their televisions with no real signs of a speedy return for the injured Day. Things were looking grim with Friction officials refusing to even give an estimated return date and Day herself only dropping cryptic tweets to tease the anticipated return.

In Day's absence, Party Hard seemed to have partied itself out, seeing partner Belle Christensen sidelined as well despite being in good condition. So it was a shock to everyone when in 2019's Money in the Bank qualifier, Christensen found herself a singles spot within the bracket given she was normally a tag team talent. Still, people were eager to see a return to form for Party Hard's resident powerhouse.  She was set to square off with Cicilia De'Reignhardt, a woman of boxing fame who previously had given the duo a run for their money in a full on handicap match.

Minutes before the big match however, Christensen was victim of a violent attack backstage, knocking her out of the qualifiers. It was here that Day, having officially been cleared, stepped up to take her place. Skeptics believed this had been nothing more than a promotional stunt at first, a way to rocket Day back into the Friction picture but hospital reports after the fact detailing the nature of Christensen's injuries silenced critics of the returning Day to shame. As of yet, the two culprits for the attack have yet to be found.

We caught up to General Manager of AFW's Friction Brand, Maximilian Kingsley at Tokyo's own Tama Hills country club for comment where he had this to say about ongoing investigations into this attack. "We have to stop these backstage assaults. I'm calling upon all members of security to stop these masked attackers… now watch this drive." The General Manager then went on to make a long drive into the rough, though this was later disputed by his personal aid.

Attempts to obtain copies of undoctored score cards saw this reporter removed from the grounds.

Despite the nastiness of Christensen's attack, Day's return to the ring was celebrated as being not only a heartwarming narrative in taking up the mantle of her partner, but showcasing some time away from the spotlight served to improve her talents. We were treated to a lovely new display of innovative offense and a showcase of just how skilled has become to fit in nicely amount other mixed martial artists found in AFW. Day would later go on to capture the coveted briefcase in Money in the Bank Finals at 2019's Summer Splash.

But that's not why you're all reading this, no, you're here for what's been blowing up on social media, and we have got the scoop.

Saturday night we were given a juicy little photo of Kaylee day along with member of Novae, Tatiana Siamko for an intimate meal at popular restaurant Narisawa here in Japan. The now deleted photo came with the caption "Just me and my girl." And depicted the both of them sharing sushi and lighting up the room with some hot new fashion. Several eye witnesses confirmed this, remarking the new power couple pairing were nearly inseparable during their dining experience. In this editor's humble opinion, these two are ones to watch in case AFW holds votes for hottest couple at this year's awards.

*Depicted is an archive screen cap of the now deleted image and tweet*
We attempted to reach out to Kaylee Day for comment but have not heard back from her after making our inquiries. She has since taken down the photo as mentioned above, likely in direct relation to our probing into this matter. Very telling! Even more telling is the fact that when we reached out to Tatiana Siamko, we were directed to the public offices of Kaylee Day. Coincidence? Unlikely. It seems like these two lovebirds aren't ready to come out of their cage just yet!

It's not all sunshine and rainbows though between these two titan teams, as Party Hard's Belle Christensen and Novae's Valerie Siamko were found out on the two as well, though to disastrous effect. Onlookers called it a lover's spat, but found cellphone footage and mugshots obtained through contacts at the Toshima MPD offices tell a different story. The two were seen arguing loudly before breaking into a full on brawl, taking the hurt outside the ring. It seems as though this double dating duo have very different priorities compared to their counterparts.

*Depected is a poor quality cellphone video recording of Belle and Valerie fighting. Below this is a copy of both women's mug shots from arrest following the fight.*
This all raises a monstrously large question though. Was all the original heat between these four women a work? It seems likely they have been manufacturing hype behind the scenes while all the while wining and dining one another. While this may be considered bad form, it also makes for a fascinating story. We will be covering updates as they arise, so check back in this space soon!
_________________

Feel free to toss me a PM or IM on Trillian to chat. Shay#2642 on Discord
Not currently accepting new threads until I am caught up and clear some out.

Starcrossed Lovers and Briefcase Beatdowns: Whose Not Telling You Everything? :: Comments

Similar topics
» Don't you dare try telling me to turn it "on and off"
» Starcrossed
» Starcrossed with Heart Eyes
» Lovers who spar together [ For Lunarwolf ]
» Two Lovers Reunite! (Claudia)
Permissions in this forum:
You cannot reply to topics in this forum