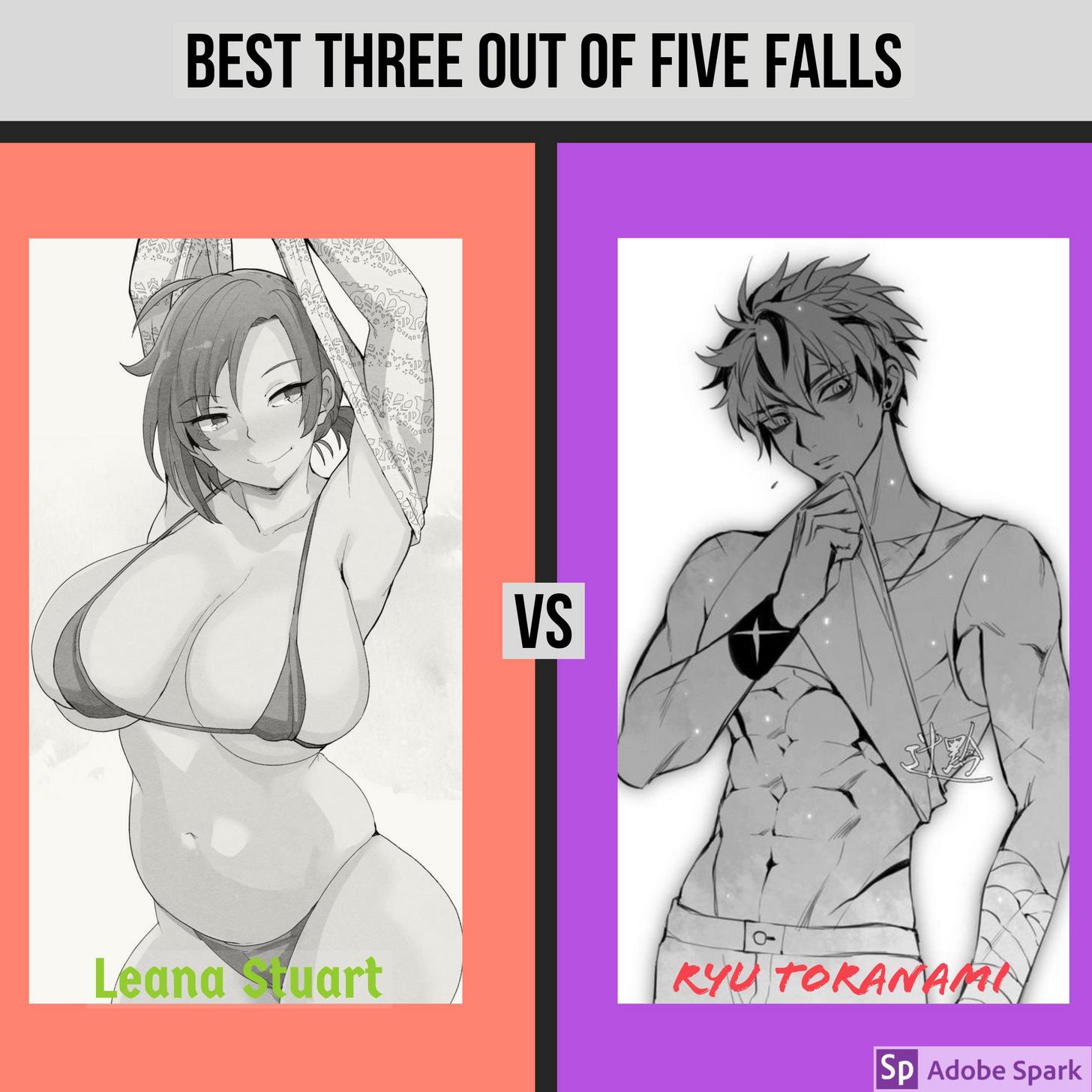 Thing had started out quite well for the Buxom Scottish Queen. After some Fierce resistance she had finally managed to lay out the lightning fast Makita and secure her first victory. Even a woman as arrogant as Leana could realize she wasn't as invincible as she liked to think. Her hard fought match with Makita proved that her skills were not up to snuff.

A chance meeting with the canniving vixen Vicky provided the perfect opportunity. For just a few thousand dollars she would provide a weakened and isolated opponent for Leana to practice with. On top of that she could mandate any rules her cruel heart desired.

The next day Leana would arrive at the back alley her opponent was being held in and knocked like her life depended on it. Excited to battle her next opponent and afraid someone might attack her in this disgusting alley. To her surprise the door opened automatically and upon her entering shut and locked itself tight. This didn't bother her. Vicky had made it clear only one of them was going to walk out of that room.

The room had just the essentials. An old wrestling ring, mats on the floor and bare concrete walls. In the center of the ring was a snoring redhead. The poor kid was stripped down to just his briefs, a damp cloth covering his face. Leana nose bristled, even ten feet away it reeked of chloroform.

"Jeez I hope this kids got some fight left in him!"

The Queen would quickly roll into the ring and strip off her street clothes. After tossing the damp cloth off of the kids face she would attempt to revive him with a firm stomp to the gut.

"Good morning my sleepy lad! You might not know it yet but we've got a match scheduled... Lemme explain the rules..."

Ryu's last conscious memory was the wet clotch pressed over his nose and mouth, and Vicky's mocking voice cooing mockingly sweet nothings to his ear as he succumbed to the soporific fumes.

The chloroformed cloth was still there over his slumbering face, making sure that he'd stay nice and unconscious until the arrival of Leana.
With the amazonian woman graciously removing the cloth... and not-so-graciously stomped him back to awareness, Ryu's nap time was uncerimoniously over. 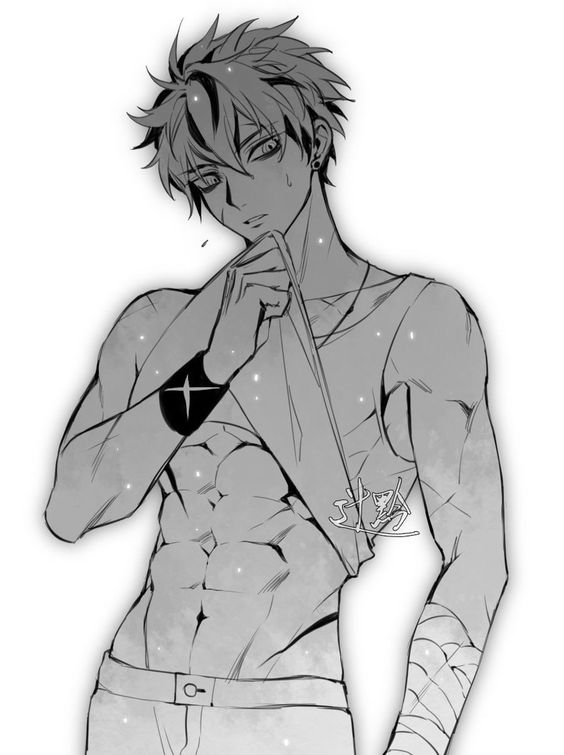 Ryu's blurry eyes slowly refocused on the womanly figure looming over him... and boy if she was womanly: A towering, curvaceous gingerhead was smirking down confidently at him, her attire made only of a stretched, skimpy bikini that pityfully tried to contain her exhuberant breasts and hips.

"Alright me lad! It's a simple best three out of five KO's match. If you win you can walk right out that door a free man. If I win Vicky will sign you over to me! You'll be a worthy vassal for this mighty Queen!" Leana would pause while looking Ryu up and down with a hungry glint in her eyes.

"Oh and seeing that there's no ref... I guess we can do whatever we like when one KO's the other..."

Showing off her regal honor Leana would hold off attacking her drugged opponent until he was on his feet.

A fiery blush arose up Ryu's cheeks at hearing Leana's conditions:
Recently, every seductive, dominant bombshell in Tension seemed to make a personal point of making him their own property. What was wrong with those girls? They certainly were sexy and strong-willed enough to easily get themselves a handsome boyfriend... but they appeared to be much more interested into owning a boytoy.

"Ugh... I accept your conditions (not that I'd have other choice), but don't expect me to roll over like a lap dog and let you collar me. You're beautiful and all but I love my freedom too much to be anyone's... vassal".

With such definant (though flustered) words, Ryu staggered up to his feet, taking a few more deep breathings to clear his mind from the sedative fumes.
"Alright then, I'm ready whenever you like",
The handsome redhead said, assuming a ready stance trying to look as much resolute as he could... considering that he couldn't stop blushing in her presence.
_________________
Ryu's team:

As soon as Ryu said the magic words "I'm ready", Leana was upon him. The queen was like a warrior filled with bloodlust. Once the battle began she would go straight for the kill.

Without an inkling of mercy or sportsmenship the 6 foot 200 pound Queen charged forth and threw her whole body at Ryus midsection. This spear would only be the beginning.
_________________
Howdy i'm WrestleMind and there's nothing i appreciate more than honest feedback and discussion. Wanna tell me I suck? You would make my day!

"Wah-uunghffhhh..! 0///0"
Ryu was still in the act of assuming his not-so-ready stance when Leana sprinted at him with an overpowering spear, exacting a shocked grunt from his lips.

Easily tackled down by her bigger body and the overwhelming momentum behind it, he was laying on the mats in no time, squirming meekly in dazed pain with the strong curvaceous queen all over him.
"Ghh... d-damn you... @_@"
_________________
Ryu's team:

Loring atop her dazed opponent, Leana couldn't help but cackle like the mad Queen she was. She could do almost anything to this red headed practice dummy. "I'll keep it simple for now..." she thought with an evil glint in her emerald eyes.

The cruel Monarch would gently place one hand on Ryu's temple. Before he could suspect anything she would suddenly tighten her grip like a vice. As soon as the young dragon moaned in agony Leana would slip her index and middle finger down his throat.

"Tell me young man... Have you ever experienced an Iron Claw and a Mandible Claw all at once?" Leana cackled once again, knowing Ryu had a mouthful of her fingers and wouldn't be responding.
_________________
Howdy i'm WrestleMind and there's nothing i appreciate more than honest feedback and discussion. Wanna tell me I suck? You would make my day!

Ryu opened his mouth to groan his protest against the growing pressure around his skull, but incoherent gurgling sounds were all that could make it out of his lips when the evil queen shoved her fingers deeply into his mouth too!

As she devistated the young dragon with a double hold Leana leaned in to listen to his incoherent gurgle and moans. "What's that laddy? You want me to crank up the pressure? Aye! It would be my pleasure..."

The Queen would suddenly squeeze the nerves on Ryus skull and inside his throat with as much force as her regal fingers could muster. "Now don't be scared me boy... Just relax and go. To. Sleep!" The impatient Monarch would punctuate her shout by lifting Ryus head up a few inches and slamming It back into the mat.

Leana would blow the fading boy a small mocking kiss, taunting him with her eyes.
_________________
Howdy i'm WrestleMind and there's nothing i appreciate more than honest feedback and discussion. Wanna tell me I suck? You would make my day!

The pressure on his nerve joints caused Ryu to writhe and groan in ever more desperate pain, but there was no escape from Leana's claws. If anything, the horrible pain would not last long, eventually shifting into a wave of strenght-drained drowsiness that treacherously invited him to relax and give in.... that is until his head was uncerimoniously dropped (slammed) to the mats, turning off whatever remained of his lights.
"Uunnghh..! @_@"

Things were definitely not going as planned, he had to admit to his groggy self while his vision tunneled to the final sight of Leana blowing a taunting goodnight kiss at him, before he'd sink into merciful unconsciousness.
"M-nnhhfhh... x///x".
_________________
Ryu's team: