Nickname: the haijian fighter, the slippery striker, the grabby grappler goon, the beauty with the child mind


Fighting style:: a very slippery and agile fighter, you try to grab on to her, she'll slip out like butter or soap, though this is isn't from any kind of cream or anything, her skin is natural like that, though her skin isn't ultra slippery if you hold her hard enough you can keep the hold on her. She's also a striker and a bit grabby and doesn't really know personal space cause the haijians are pretty "close" with each other. Also she likes to tire out her oppenets with smothers and scissors.

Bring the double pain!: she will trap oppenent in a bear hug while giving them headbuts to their head to double the pain

Squeezing pleasure: she jumps on to the oppenents fsce, wraps her legs around their neck upside down while their face is blinded by her crotch, she goes down and either licks, rub or strokes their special area.

Back pulling!: she rolls with them until sjes on her back and she grabs on to their neck and leg and uses her knees to push on their back to bring the pain.

Personality: a happy and carefree woman. She has a very active imagination, treating fighting as a game, also she's kinda handsy and grabby. She also likes to tease any one, either playfully or flirting. It may seem weird to most people but to her people the haijians this is all completly normal behavior.

History/backstory: Yukino is from a foreign land called Haije and her people are called the haijians. The haijians all have dark blue skin but as for their hair color they either have light blue, light pink or light green. Their skin can adapt to the heat and the cold making them able to travel through desserts and cold places no problem. The Haijians are also very close and grabby with each other, pretty affectionate people too they welcome all visitors. The both male and female haijians do have long hair but most males have more green hair then pink hair, while the females have more pink hair then green, there is a 50/50% blue hair ratio of Haijians.

Yukino comes from a nice family where her father is a baker and her mother is a dancer. She has many siblings, and shes the 3rd oldest in her family, her 2 older brother and sister tought her how to fight. And she tought her younger siblings how to fight. Once she turned 16 she began to travel all over the world, seeing new sights, wondering why people have more lighter skin compared to her, and she loves to fight like a game. 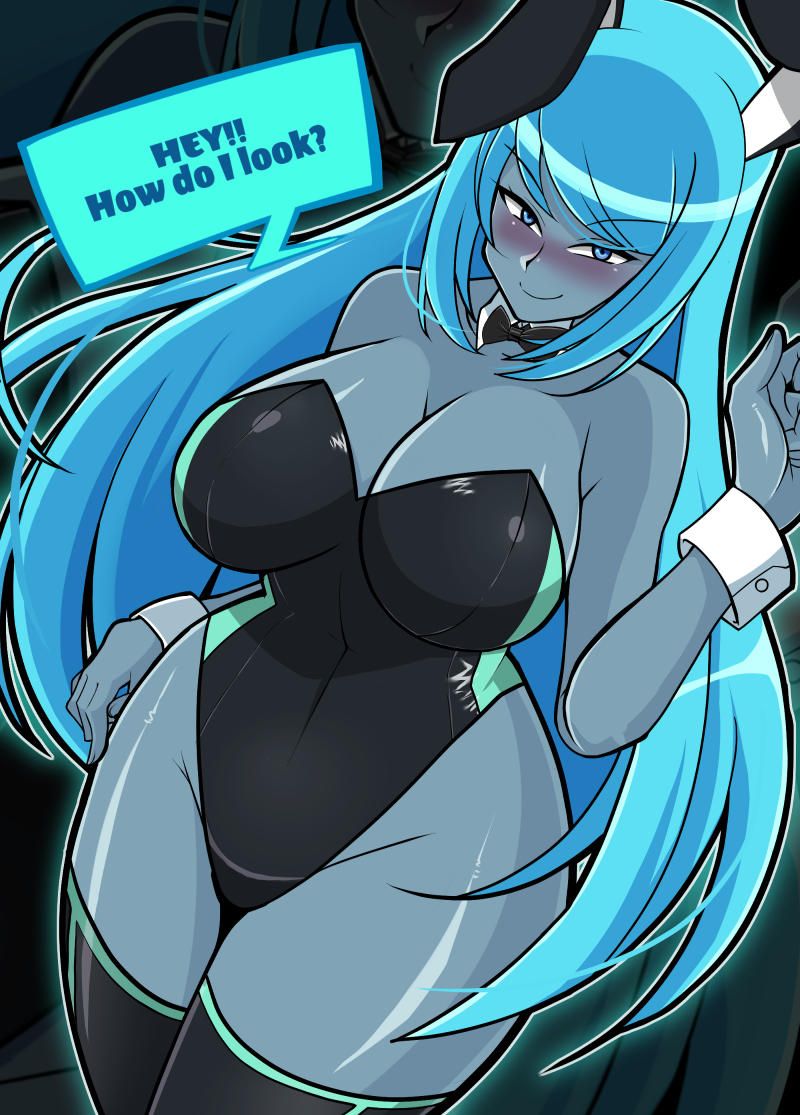 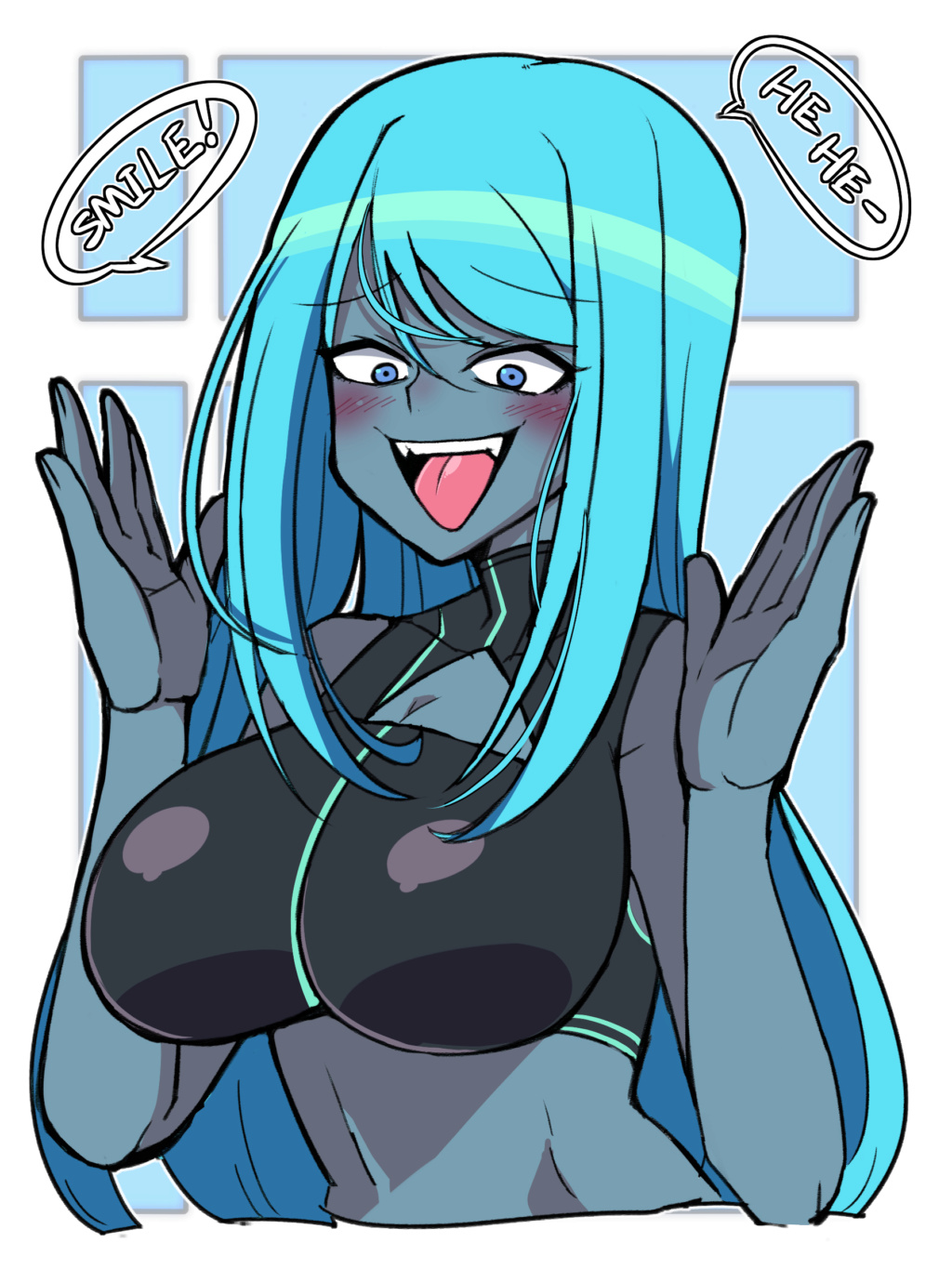 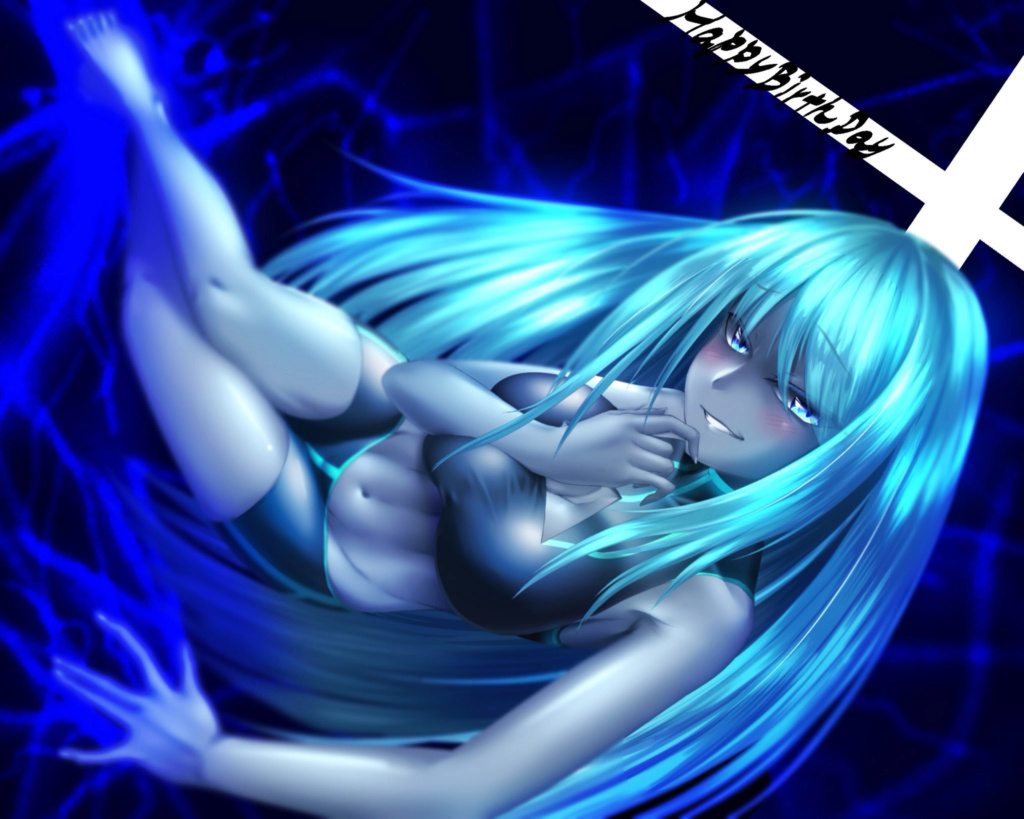 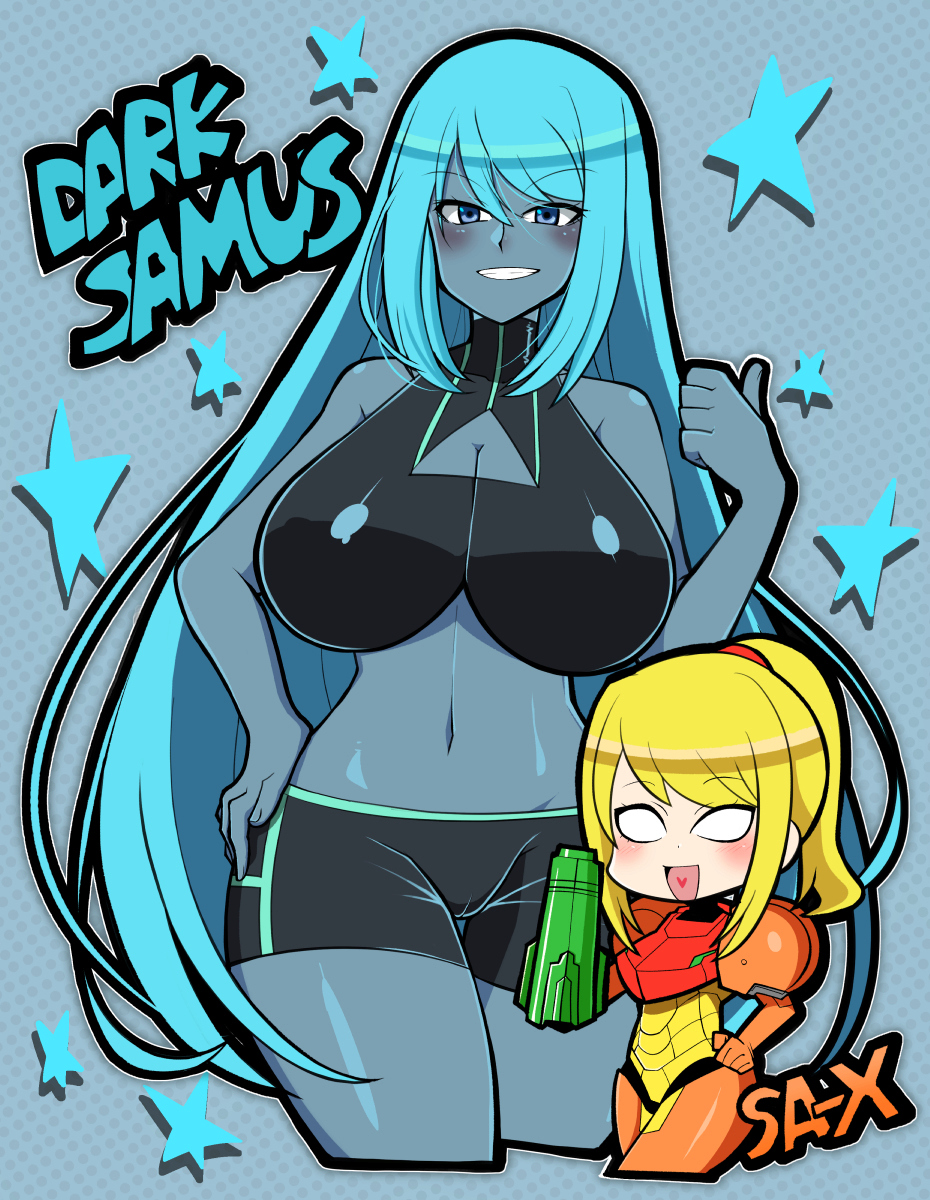 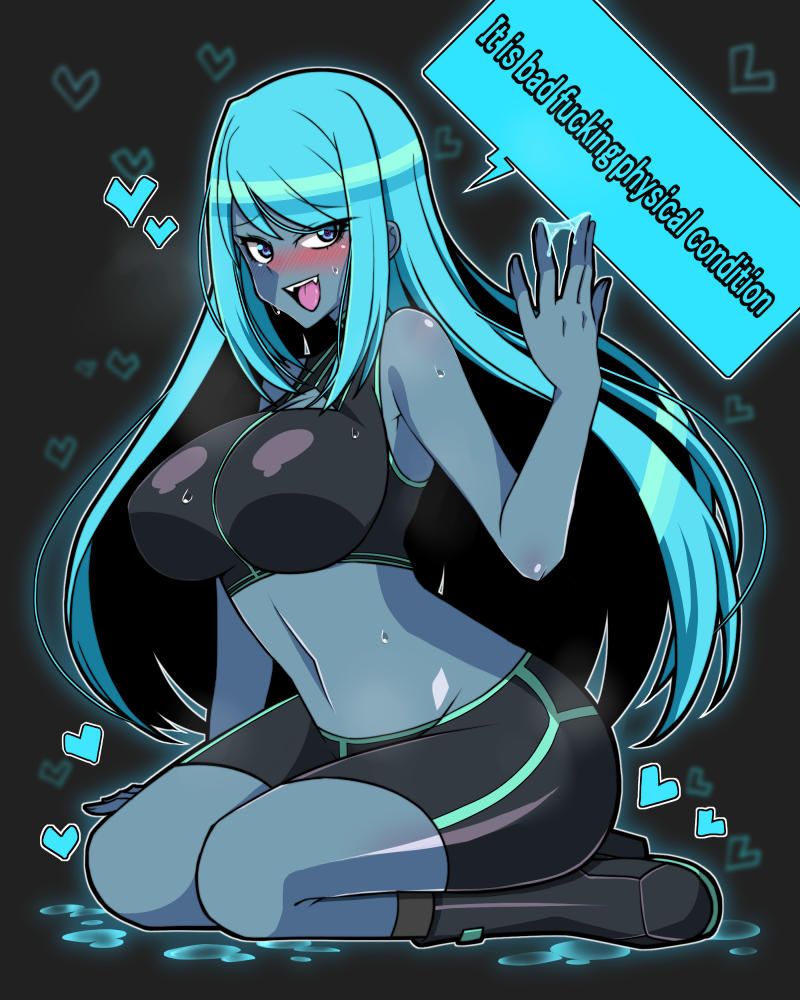 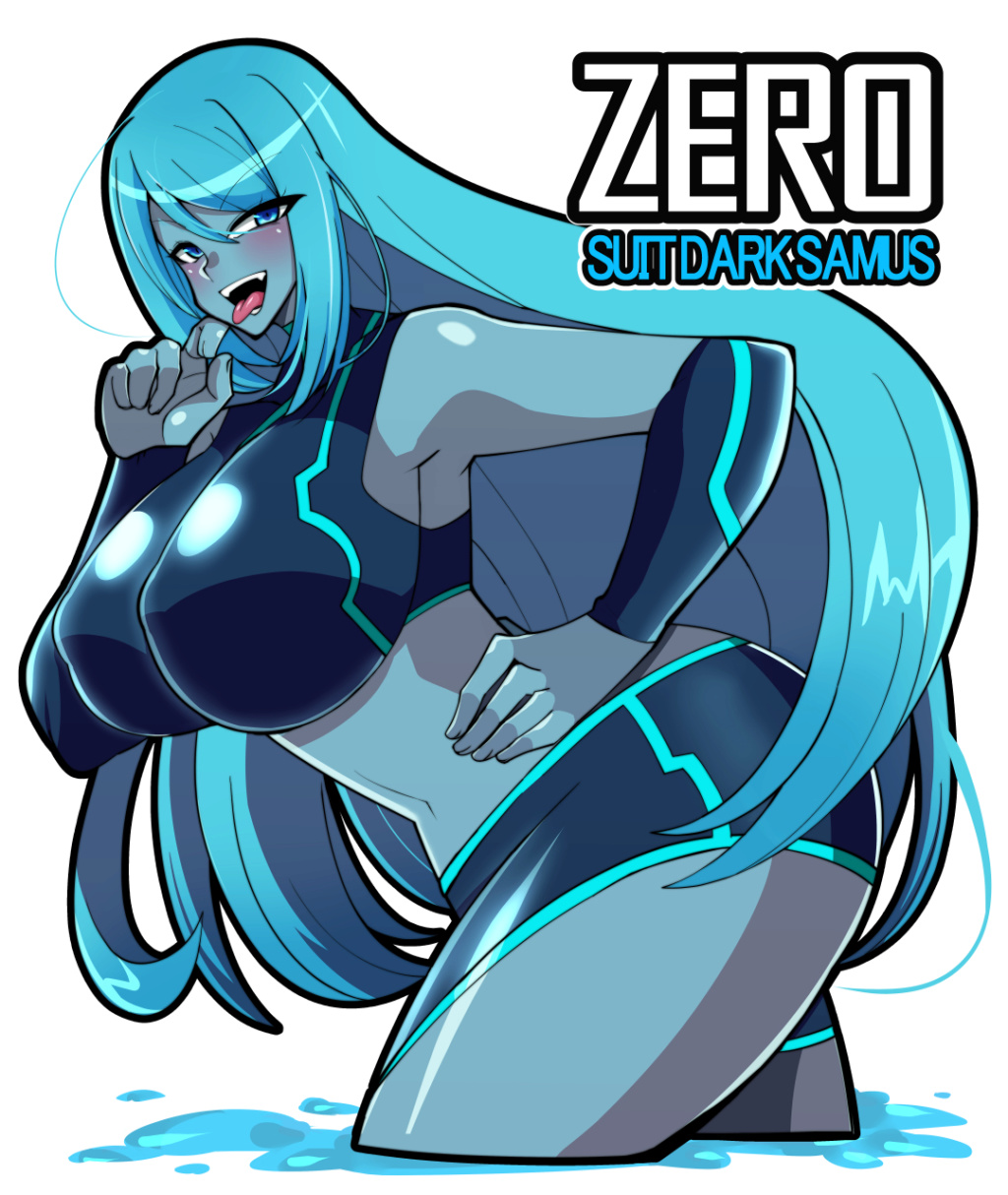