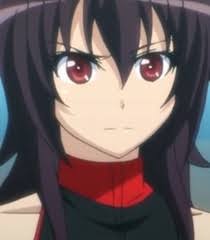 Strategy: Juri is an out and out submission master. She focused on twisting and bending her opponent's body with a variety of submission moves in her arsenal. Trained by one of the best wrestlers in Shangri-La, Juri also can perform technical grapples and even some powerful slams.

Appearance and wrestling attire: Juri is often seen in her wrestling gear which is a black and red one piece with black boots, gloves and elbow pads. Her Miyabi attire consists of a blue tracksuit top, the sleeves being a little lighter and matching sweatpants. 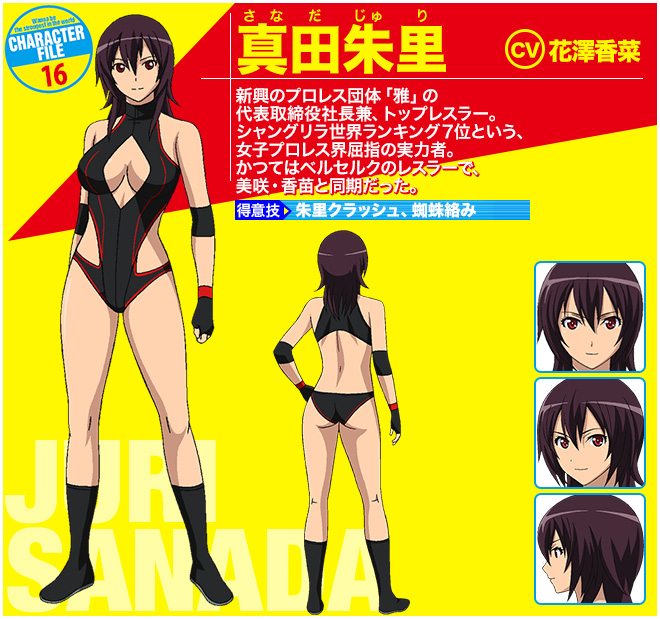 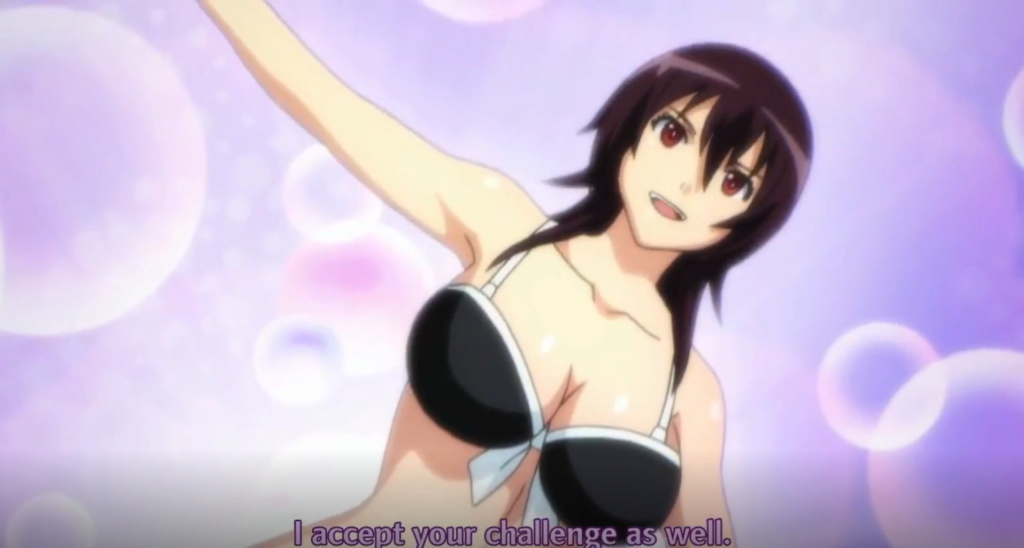 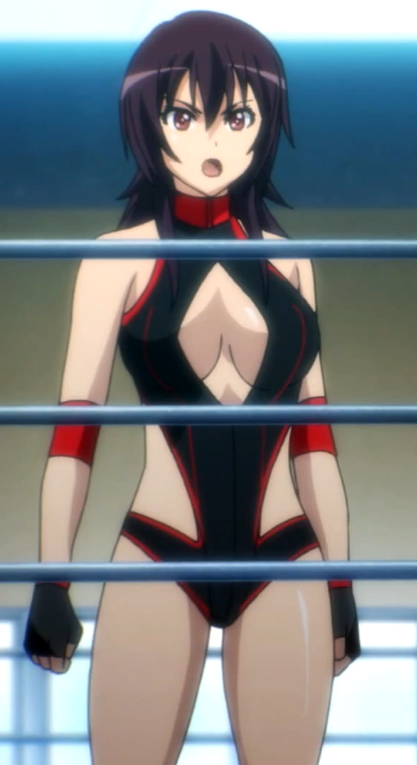 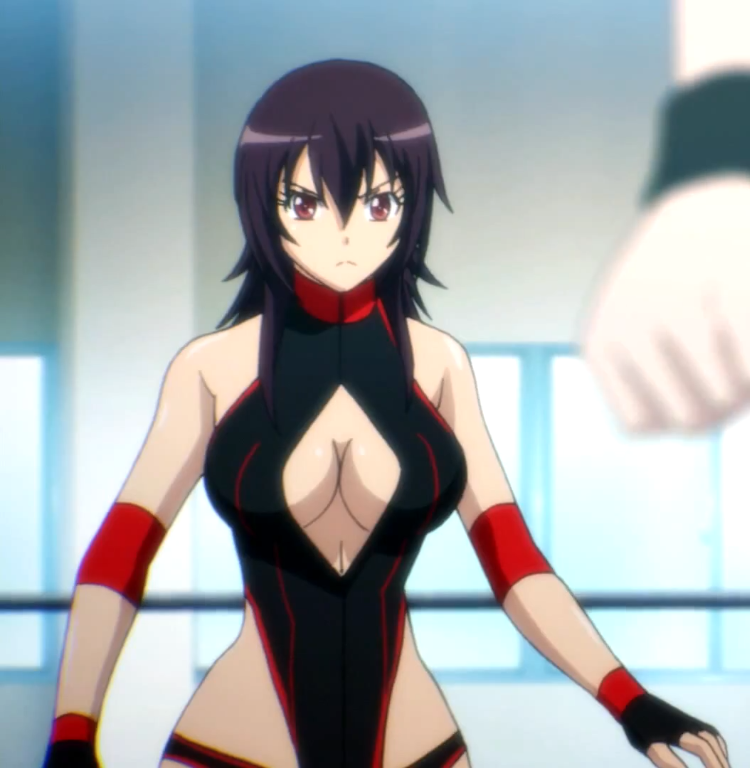 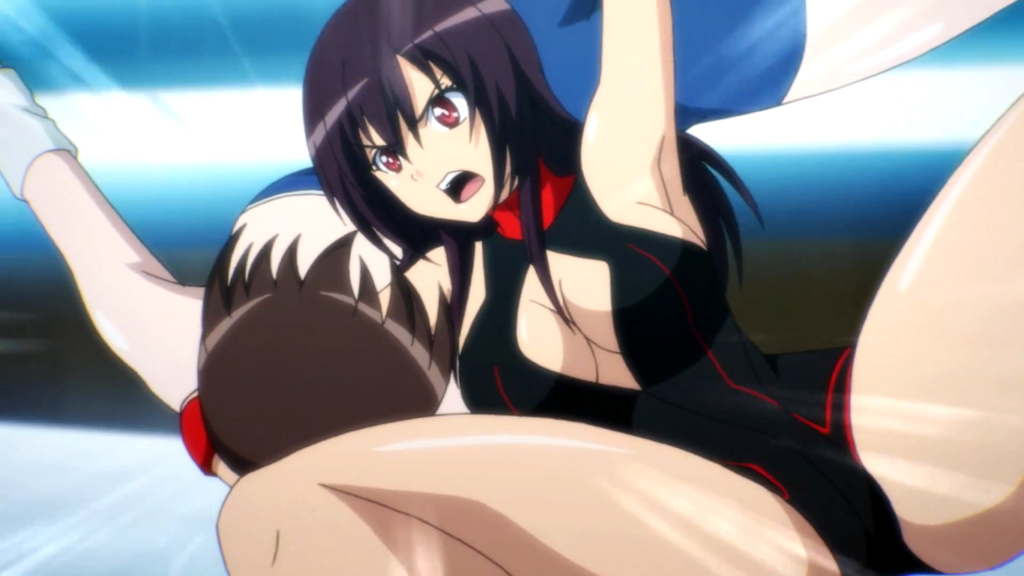 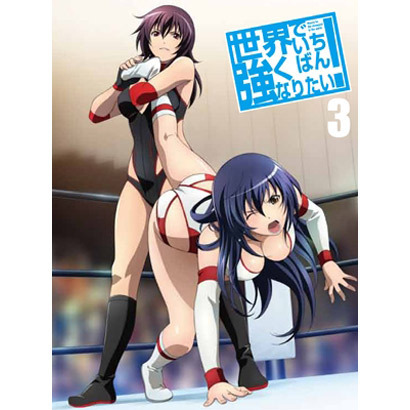 Juri seems to be rather soft-spoken, however she is cunning and knows what's going on and can be very confident in the ring. Despite her rather devious side Juri is generally a polite and a friendly person in general unless she feels that the honor of Miyabi gym is being questioned. She also has the desire to be an excellent mentor and wants the young wrestler in Miyabi to succeed over Berserk. She is very hard working and the better student of Jackal Toujou over Misaki and has no problem in flaunting that fact over to her friendly rival, the Ace of Berserk.

Juri is a very accomplished wrestler, she is fast as she is strong. Juri is also believed to be at a higher rank than Misaki, the ace of Berserk, who is ranked #12 in the Shangri-La. Therefore, Juri is capable of taking anyone out in the Berserk gym, even Misaki. Despite that, Juri has never been the one to flaunt her ability openly to the crowd.

Unlike her greatest rival Misaki, Juri was not a idol that had decided to change careers in pro wrestler. From a young age, Juri had a passion of Japanese pro wrestling and wanted to pursue her career in the ring. Her inspiration and idol was none other than the famous Jackal Toujou, considered to be the best wrestler in Shanri-La. Juri trained hard her entire life and eventually managed to learn the ropes under the mentor ship of her idol, Jackal. From there, her paths crossed with Misaki Toyoda who became her peer in her mentor-ship. At first, Juri didn't respect Misaki because she was not an out-right pro wrestler but an idol but overtime the two became friends and rivals. After their training was done with Jackal, the two went their separate ways. Misaki would be the Ace of Berserk, joining the Berserk gym while Juri would take her career into the Miyabi gym. From there, their rivalry continued with not only themselves but who's wrestling gym was superior.

Along the way, Juri met Elena. She heard Elena's cries for help and how the orange haired wrestler struggled to keep up with her friend Sakura, who had just beat Rio. Sakura had joined Berserk and not to be left behind, Juri would take Elena under her wing and train her to fight Sakura, who was under Misaki's mentor ship.
AFW Information