Minerva's encouragement finally pushed Seo over the edge. She let out a loud moan that was muffled by the woman's soles as she arched herself, and then her slender figure began to buck off a few times.

"Mmmmmmm...!!" the raven haired girl cried while writhing around from ecstasy, her features pressed firmly against her goddess' feet for a moment before her body limping out. "Nnnnhhh..."

A small puddle of her juices was formed between her legs, and with her remaining consciousness Seo breathed the scent of Minerva's feet some more until her eyes felt heavy. It felt like her brain had been melted by those particular parts of the tall beauty, and one could only wonder what kind of effect this encounter would have on the smaller girl in the future.
_________________ 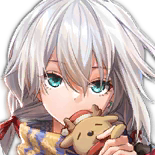 Minerva watched on in delight as Seo was driven to yet another orgasm from nothing more than having her face used as the Danish domme's footrest. It really was a special feeling knowing that worshipping the lowest part of her body was enough to make this woman experience such an intense degree of bliss, and several times in relatively quick succession at that.

Once Seo went limp, Minerva let go of her arms and rose to stand next to her prone frame. Slowly she began to walk around Seo's seemingly lifeless body, admiring her work while the referee went in to check on her, looking to confirm that the girl was indeed unable to continue.
_________________
LARIATO'S LOCKER ROOM

The referee checked on Seo, who's apparently hadn't fainted quite yet, although she barely responded to the official. Considering the raven haired girl's state, The referee declared Minerva the winner of the match, which was responded by the crowds' roaring.

Even then, Seo herself looked pretty content as if she didn't feel like losing. She looked at the towering figure of Minerva with a tired smile before finally closing her eyes, her expression peaceful. After everything she went through, who could blame her?