Search
Latest topics
» The Mad House of Abs
by Daaharu Today at 4:25 pm

» Alizeh Midori (D) vs Adrian Kytes: Starting against the Best
by kerflubble Yesterday at 7:06 pm

Elizabeth Brooks VS Daisuke Takeuchi
Oil Wrestling Match
A Pinfall or Submission is required to win.
The Iron Gal would March onto the ramp to the sound of a military-style drumroll. Still in her gym hear and still just as sweaty, she walked out to confused applause. Despite serving two tours in Afghanistan the massive crowds and skinny outfits made her queasy. After stuffing her hands deep into her jacket pockets the nervous vet would maker her way down the ramp. 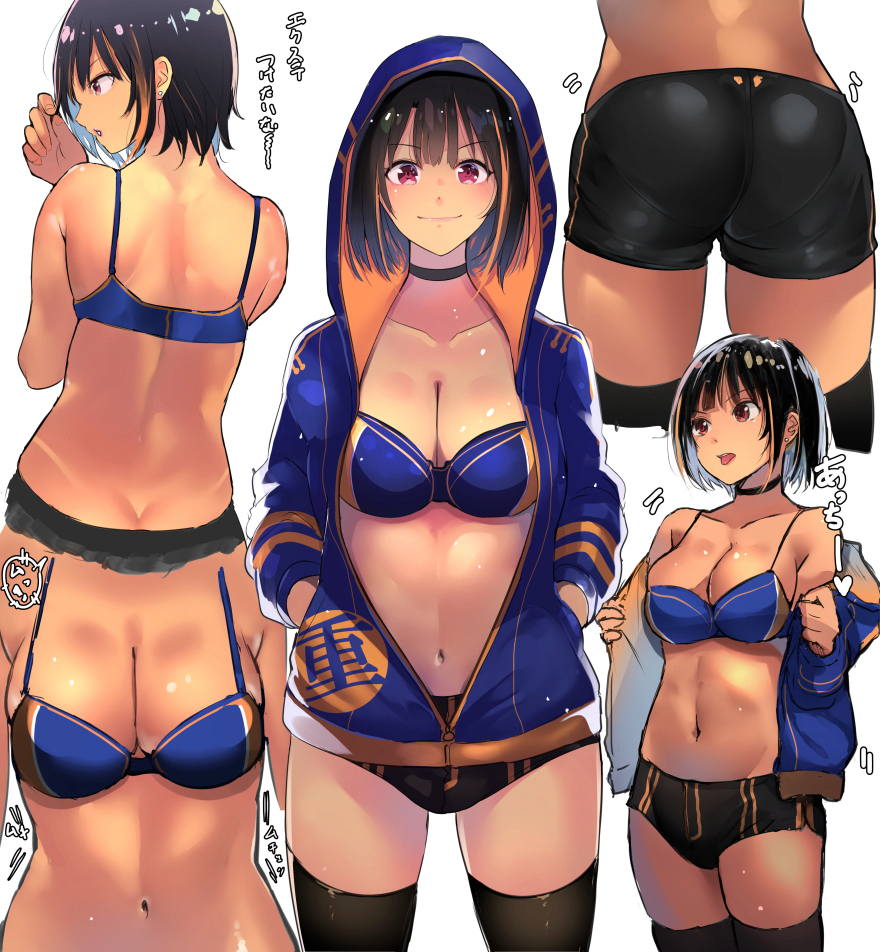 Elizabeth made sure to ignore all her cheering fans and her drooling harassers. She would head straight to the ring and march up the steps. After sliding between the ropes she strolled to the center of the ring and threw her jacket off. Her earlier butterflies had left her. If there was one thing she didn't fear it was a fight. Especially one with some cute punk!
_________________
Howdy i'm WrestleMind and there's nothing i appreciate more than honest feedback and discussion. Wanna tell me I suck? You would make my day!

Daisuke didn't expect to be in a wrestling match today, especially not infront of the live crowd. However, his altercation with a Friction wrestler backstage in the gym area lead to an impromptu but rather informal contract signing between the two wrestlers, which set up tonight's oil wrestling match between Daisuke and Elizabeth.

The prince didn't seem to mind teaching this woman a lesson at all. His theme cued and he made his way out, clad in his CK wrestling briefs and a pair of wrestling boots with knee and elbow pads. He walked down the ramp with a smirk on his lips which oozed confidence.

Daisuke would step up the steel steps and make his way inside, eyeing Elizabeth from head to toe. "You didn't take my advice for the shower did you? Hmph you should be more prepared when facing wrestling royalty" he taunted.

With the two in the ring, the ring attendants would make their way inside and uncapped bottles of oils and drizzled them all over the ring mats before handing some unopened bottles to the wrestlers so that they may oil themselves up.
_________________
Tension:

A small smile appeared on the veteran's lips. "If I knock you out cold will that make me royalty? That would be pretty awesome!" She said while rubbing oil across her belly and then her neck.

After getting fully coated in slick sticky oil Elizabeth would wait for the prince to make the first move. He was the antagonist after all.
_________________
Howdy i'm WrestleMind and there's nothing i appreciate more than honest feedback and discussion. Wanna tell me I suck? You would make my day!

Daisuke's taunts seem to know no end. When the ring attendants entered the ring and began to pour the oil on the mats of the ring, Elizabeth would sigh at his remark before learning to accept what was happening and what was going to happen next. She would growl her response back at Daisuke, bringing a very valid point which made him raise his eyebrow and had a stoic look on his face.

"Hmph" he would simply reply, shrugging his shoulders whilst watching Elizabeth squirt oil onto her cleavage. Daisuke would began to grab the bottle of oil as well, he began to pour some on his hand before rubbing it onto his pecs, abs, neck, shoulders, arms and down onto his thighs and legs. He gently massaged his chiseled frame, coating himself in oil.

Elizabeth then started to get more comfortable, smirking while questioning the prince. "Tsk, you're not knocking me out. I'm going to make you tap then make you kiss my feet, as you should do for a prince of wrestling" he grinned, adjusting his briefs.

With that, Daisuke would slowly move towards her with his hands out-stretched. "Let's see how well you can grapple" he challenged her, looking to lunge in and lock up with her in a collar and elbow grapple battle.
_________________
Tension:

Elizabeth pursed her lips in silence as the wrestling prince tried to irk her. He had already done so too much. She couldn't show how furious he made her.

Being something of a powerhouse grappler the veteran happily accepted the lockup. Unfortunately the oil complicated things. Instead of a lockup the two ended up sloppily hugging and shoving each other. Elizabeth, being a modest girl, blushed profusely as her glistening abdomin continously rubbed up against her opponents chiseled waist. With each of them coated in thick layers of oil neither thr could get a proper grip on the other.

After pressing her oiled up chest against Daisuke for a few minutes Elizabeth had enough. The Buxom girl would try slipping out of Daisukes oily grip before throwing a right into the dreamy dudes pretty little face.
_________________
Howdy i'm WrestleMind and there's nothing i appreciate more than honest feedback and discussion. Wanna tell me I suck? You would make my day!

It seemed as if Daisuke had won the war of words for now, with Elizabeth choosing not to respond to his latest disrespectful comments towards her. Perhaps this time, she would let her actions do the talking. With that in mind, she would accept the prince's invitation to lock up and the two would engage in a collar and elbow grapple battle.

Instead of a competitive grapple, the two would end up in a rather sloppy grapple that was more of a hugging and shoving contest. Their hands would slip and slide from each other's shoulders and couldn't get a good grip at all due to the oiled conditions. Daisuke had his teeth gritted in frustration at unable to really use his strength to win the grapple.

The two would awkwardly grind their abs and chests against each other before Elizabeth finally had enough, breaking away from the grapple to clock Daisuke in the face. "Owww w-why you" he growled, looking to repay her the favout but he chose to deliver a chest slap right across her sports bra.
_________________
Tension:

Elizabeth let out a loud *Squeel* at having her breasts smacked by Daisuke. The audience howled with delight as the veterans glistening breasts bounced about from the impact. The raven haired broad didn't notice. She was too busy burning a hole through Daisuke with her crimson  eyes.

"You big Lug! Where do you get off touching a lady like that!? I'm gonna teach you some manners!"

Elizabeth would suddenly try throwing equaling the playing field by slapping the prince in his chiseled chest.
_________________
Howdy i'm WrestleMind and there's nothing i appreciate more than honest feedback and discussion. Wanna tell me I suck? You would make my day!

After Elizabeth had broken up the grapple and struck Daisuke in the face, the prince would respond by unleashing a stinging chest slap right across her beasts. A loud SLAP sound could be heard echoing near the front rows and the crowd were treated to a jiggle of Elizabeth's oiled breasts.

The prince smirked but didn't last long because Elizabeth paid him back with a chop of her own to his chiseled pecs. "AAHHHH" he screamed as he brought his hands up to cover his now, reddened and oiled chest while staggering back.
_________________
Tension:

So far Elizabeth had maintained a steady scowl, for the first time tonight she actually smiled. Beating the crap out of arrogant guys really seemed to cheer up the bitter vet.

"Ya doesn't feel too good huh?" She said mockingly.

With the Prince reeling from her world shattering slap Elizabeth would follow it up with a spear. The thick girl would charge in low before trying to throw herself at Daisukes gut like a rocket.
_________________
Howdy i'm WrestleMind and there's nothing i appreciate more than honest feedback and discussion. Wanna tell me I suck? You would make my day!

The princes attempt of getting too handsy with Elizabeth would backfire and he got a stinging chest slap to his own oiled, chiseled frame which sent a painful and stinging sensation to his body. Dai would scream out loud and clutch his chest in pain, reeling backwards from the effect of the chest slap.

Elizabeth, realizing that she had finally made a breakthrough would charge at the staggering prince and drive her shoulder into his abs to spear him down to the mats.