Strategy:
Eleanor will do whatever it takes to make her opponents suffer. Whether it's brutal submissions or pure domination with raw power, it matters little to her. Whatever it takes to belittle, humiliate and cause suffering is fine with Eleanor.
Style: Make them suffer

Preferred attacks: Anything she can do to make them all suffer...all of them... 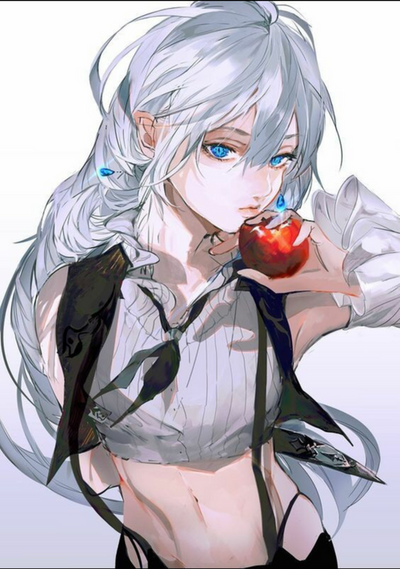 Personality:
Eleanor is a sadistic woman who enjoys other people's suffering. She enjoys the suffering of those who deem themselves heroes and the do gooders that think that the forces of good will continue to torture them until something or someone stops her. The only thing she loves more than torture is her apples. She is cold, manipulative and will do whatever it takes to get what she wants because she always does in the end.

History (Still a work in progress):
Growing up, Eleanor got everything she ever wanted and then some, but this wasn’t always a good thing. With her mother a lawyer and her father the owner of a multimillion dollar company, Eleanor never saw much of her parents, calling the maid that looked after her mum until she was ten years old. Eventually, her parents noticed strange things going on with their child (whenever they were home that is) when one day they found their family dog was missing and Eleanor had suspicious red spots on her cloths and hands. This behavior however managed to find its way into the news and, in an attempt to hush everything up, began sending Eleanor off to different camps and summer classes as well as tutoring, but that wasn’t what Eleanor needed. She needed attention, the kind of attention a child needed from loving, supporting parents. In an attempt to get this attention, Eleanor made it a point to fail out of her summer classes and caused physical harm to the other children, yet somehow it always seemed like it was just an accident. This did get her parents attention, but not for the right reasons and soon found herself punished for every little thing she did wrong, but at least they were finally paying attention to her. She went on to high school, but ended up dropping out for a couple years just because she felt that senior year would be boring, however, when she went back to school for her last year...that’s when she met Amber and everything changed. This girl had nothing and yet, she was still happy. People liked her and would often times try to converse with her and she did her best to reciprocate that friendship and deep down, a burning hatred grew. After she breezes through college, she went home, cursed out and disowned her parents before moving to Japan where she found the AFW. A pro wrestling league that would allow her to finally let herself go and inflict as much pain as she liked to those that dared to stand in her way and to top it all off? Amber had unknowingly followed the white haired brat to the league, giving Eleanor enough reason to break this poor innocent girl once and for all. Oh the beautiful screams will make such music when Eleanor comes to play.

Re: "The Snow Queen" Eleanor Fitzgerald