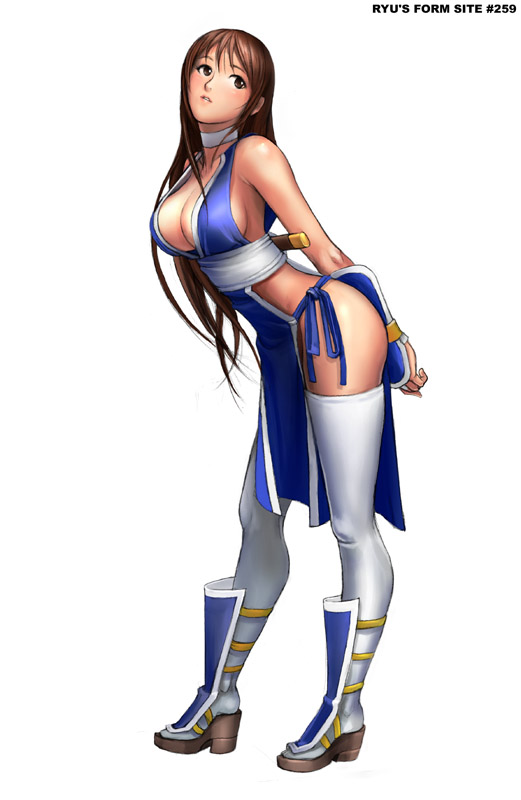 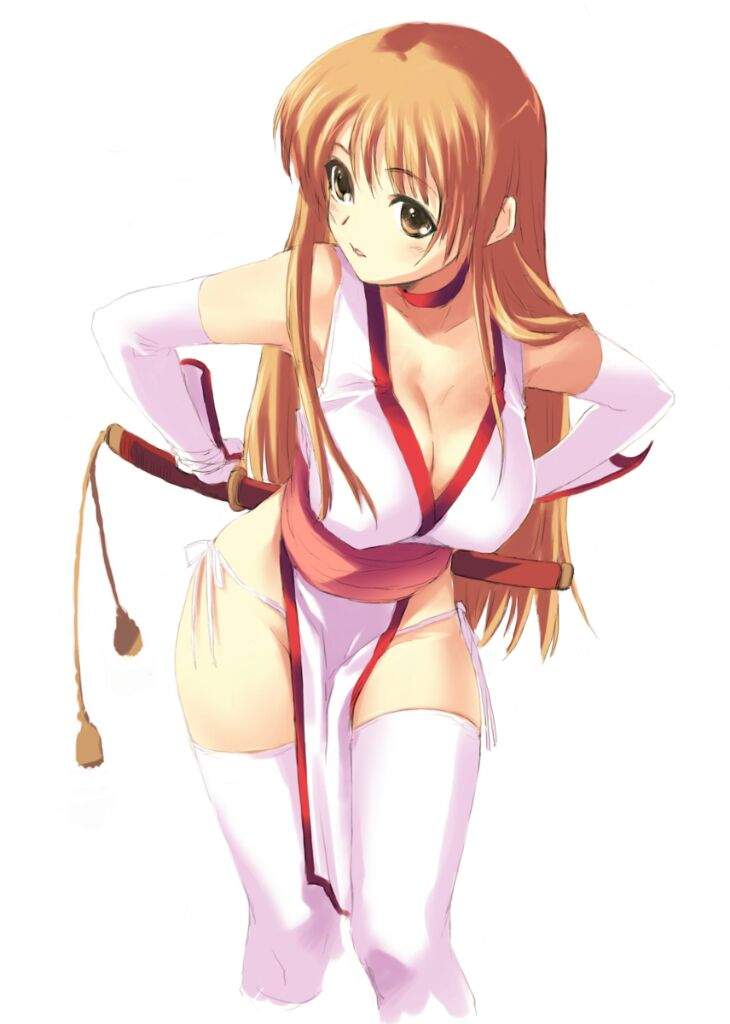 Team Strategy: Serafina’s strength lies somewhat in strikes, and mostly in submissions, while Amelia’s specialty is aerial moves. They try to leverage their strengths as well as possible.

Serafina tends to try to protect her sister and take responsibility herself during matches, while Amelia is eager to get to showcase her moves and try to do her best.

If the match is a tag one, Serafina is usually the one to start, hoping to soften her opponent(s) up before unleashing Amelia’s speed on them. With tornado tags the girls try to combine their strengths and different move sets, hoping to overwhelm their opponent(s) that way.

In the ring they fight fairly, and are honorable opponents, never ones to cheat. For Lucha Liana, what they represent is more important than victory at any cost.

Preferred matches: Lucha Liana is willing to take on pretty much any challenge, however they especially enjoy Tornado Tag matches. Handicap matches are fine too, if it’s on their opponent’s initiative.

Liana Combo:
Serafina places the opponent in a seated surfboard stretch, exposing their front towards a corner or the ropes. Amelia then proceeds to climb up the ropes, and proceeds to perform a moonsault double foot stomp on the opponent’s midsection.

The Kunisada sisters, Serafina and Amelia, were born in the city of Valladolid, Yucatán, Mexico, to a Japanese father and a Mexican mother. Their father working as a tour guide for Japanese tourists at the nearby Chichén Itzá, he provided the most of the family’s income while their mother spent most of her days weaving souvenirs for the crowds visiting the area to provide some additional income.

Serafina and Amelia were born three years apart, with Serafina becoming the elder sister once Amelia was born. The two girls had quite a normal childhood for people of the region, although their somewhat oriental looks certainly draw attention amongst other locals. This even led to a few incidents of bullying at school, which led to the girls sticking more to each other, and spending more time with their own hobbies rather than with other children of the town.

Their father, having grown up in Japan, was a huge wrestling fan, and went out of his way to keep up with the events of the sport in his home country. This led to the girls being exposed to wrestling already from a young age. However, as Lucha Libre was a big thing in Mexico, it was another source for wrestling-related aspects in the girls’ lives. Coincidentally, their mother was secretly a big Lucha Libre fan, but used to keep her affection towards it somewhat as a secret from her husband, who considered Japanese wrestling to be somehow superior and more sophisticated compared to the Mexican one. Naturally, their mother disagreed.

Growing up in that atmosphere, it was no surprise that the girls began playing wrestlers with each other. At first they were just having fun, creating fun storylines and not really competing with each other. However, as they gradually became teenagers, things turned a little bit more serious. The two sisters began sparring quite competitively with each other. While it was usually the elder, and somewhat bigger and stronger Serafina who usually came out on top, Amelia did always her best to keep up, and with any luck score the odd win of her own too.

Their styles were hugely influenced by both Japanese wrestling and Lucha Libre, which were big parts of their lives due to their parents’ interests. However, the girls always avoided their parents from seeing their own little sparring sessions as well as they could. It was primarily due to the uncertainty over how they would react to their common hobby, and partly due to the girls’ suspect of them trying to control their wrestling styles and give advice, both of which were something the girls did not want to begin hampering their fun.

The girls managed to keep their secret for fairly long, but eventually got caught by their parents during one particularly heated sparring session. While they were flabbergasted by witnessing the relatively skilled contest of their children, a family feud also broke out as each parent began blaming the other for keeping the wrestling hobby a secret from the other. In the resulting atmosphere, the girls felt they could no longer resume their little hobby.

Their little hobby however, had already developed into a passion by then. The confrontation with their parents had occurred, quite conveniently, just a few weeks before Serafina’s 18th birthday. For Serafina, coming of age meant that she was free to pursue her dreams in any way she wanted to.

The elder sister soon left home, determined to make her own living, and to find a spot in some underground wrestling league. Surprisingly, it turned out to be easier said than done. The following years provided Serafina with more working in dead end jobs rather than with getting to wrestle, until she met a guy called Raúl. As it turned out, Raúl was a wrestler at an underground promotion, and the two began soon sparring with each other, while entering a relationship at the same time.

Raúl provided Serafina with a way to finally gain a spot as a wrestler that she had been desiring for so long. Serafina adopted a gimmick as a ninja from the jungle, combining her oriental looks and Yucatán heritage. She soon became popular in the league, fighting both men and women, but, rather surprisingly, it turned out to make Raúl increasingly jealous. The two began fighting with each other (in a not-so-friendly way) more and more, eventually leading to the wrestling couple soon splitting up.
The chain of events that followed forced Serafina to leave the promotion. However, her performance had drawn enough attention by then to soon open up doors to another promotion for her. She soon became popular there too, however, the promotion had its quirks. Its specialty was rare, but rather popular events held behind closed doors, where the contestants had a little bit kinkier stakes. Winners got rewarded, and losers punished with certain aftermatch activities, which weren’t necessarily suitable for the eyes of children. While Serafina didn’t consider them to be “pure” wrestling, she agreed to sometimes participate in them, especially as filming and photographing were (supposedly) strictly prohibited during them.

In the meanwhile, without Serafina in her daily life, Amelia had made some more friends locally in Valladolid, and made efforts to cope and live a fun life without her. Eventually however, Amelia turned 18 too. While she hadn’t been able to really practice wrestling all that much after Serafina’s departure from Valladolid, her spirit and desire for wrestling had never faded. As soon as she knew she was able to leave home too, Amelia contacted her sister, praying her to set her up a spot in the same promotion too.

For the elder sister, the situation posed a problem. She did want to open her sister up a path to follow her dreams, but she could never allow her little sister to join her current promotion, and find out about its kinkier side! (Especially with her own occasional participation.) The only solution available seemed to be making yet another switch, and finding another promotion for them to join…

With Serafina’s reputation, she soon got into agreement yet another promotion, this time in Los Cabos, Baja California. Thriving from tourist money, the promotion was on an expansion mode, and was in desperate need of additional wrestlers to the league. Consequently, it was all too easy for Serafina to convince them of taking Amelia onboard too, despite of her lack of previous demonstrated skill in other promotions. The little sister adopted Serafina’s ‘ninja from the jungle’ -gimmick, although with a lighter-colored outfit. Needless to say, once the management of the promotion saw them sparring together for the first time, they immediately recognized their huge potential to form a tag team.

Over the following year, Amelia and Serafina appeared in countless of singles as well as tag team matches, fighting against both male and female opponents, performing in front of excited tourist crowds. However, things changed drastically one day as a category 4 hurricane struck the town the promotion was located in. Tourists were shaken, and Los Cabos suffered considerable damage, needing plenty of time to repair. Unfortunately, this all meant that the income of the wrestling promotion suffered, resulting in it going out of business.

Suddenly unemployed, the girls pondered what to do, where to go. Serafina was already running out of options in Mexican lucha business. Reflecting on their heritage, the girls became intrigued by the prospect of going to Japan. As they were exploring their options, they were contacted by a recruiter from a promotion called “AFW”, who told them they’d be a perfect fit to their promotion. The girls had no reason to believe otherwise.

It was time for Las Ninjas Latinas to hit the Land of the Rising Sun.