Vicky marched down to Ryus dressing room with a partially filled out match contract rolled up in her hand. She had already filled in all the things she wanted and generously left a few blank areas for Ryu to have some options. "The Art of The Deal!" She thought with a smile on her pretty lips. 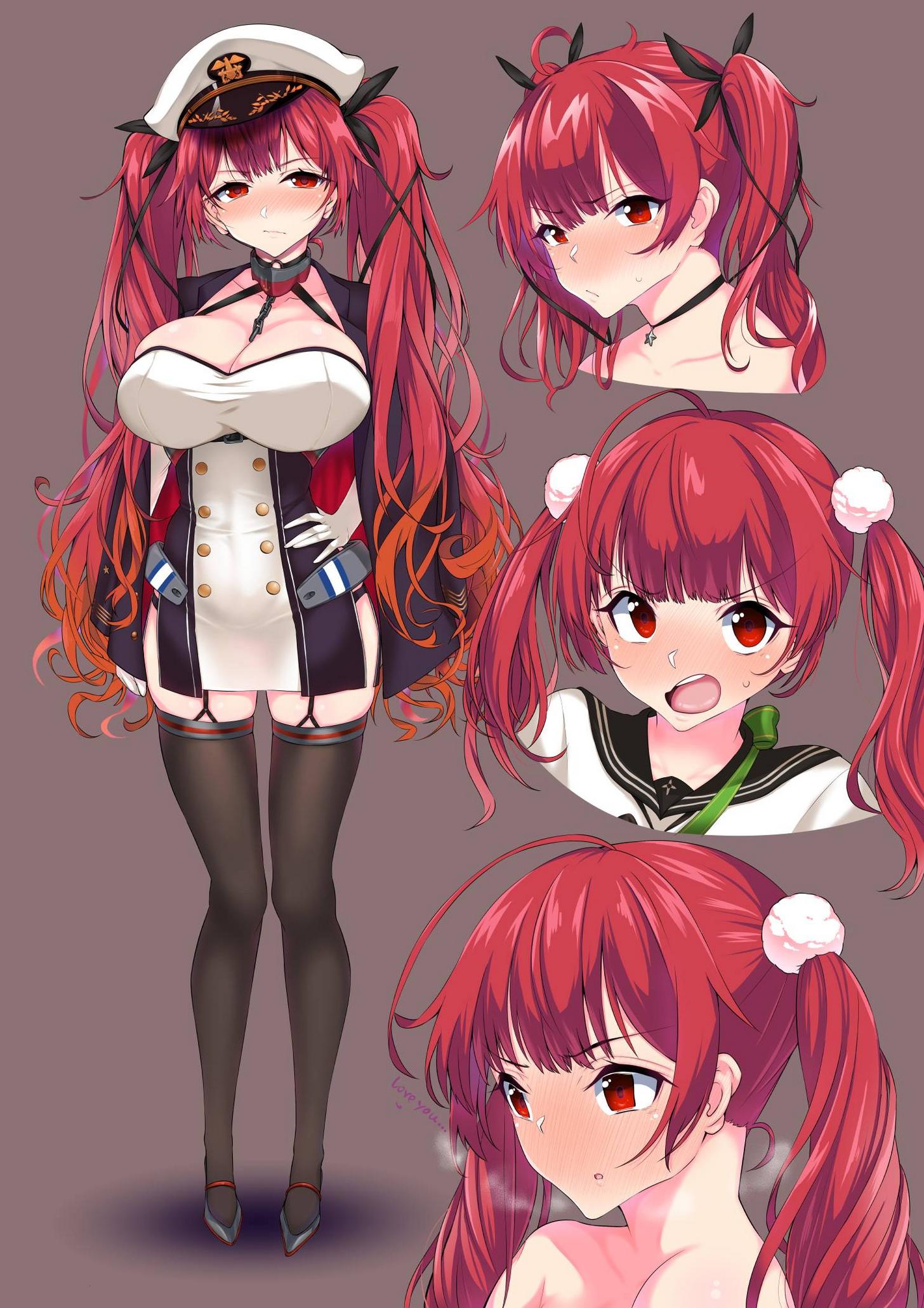 With a curled fist Vicky slammed on Ryu's door. "Hey, Ryu! You and I have some unfinished business!" The dragon had the nerve to defend himself from her repeated attacks and now the red-headed vixen wanted some payback.

Their Previous Interaction
_________________
Howdy i'm WrestleMind and there's nothing i appreciate more than honest feedback and discussion. Wanna tell me I suck? You would make my day!

Ryu was relaxing on his bed holding his phone over his head, watching some Tension matches bloopers on youtube, his eyes about to droop down into sleep.
This was apparently going to be an uneventful night for a change, until someone knocked at his door in a way that could not be ignored.

Startled out of his half-asleep state, the handsome redhead jumped off the bed, fuming at such obnoxious behavior as he went to the door ready to teach a lesson to that ineducate.... Uh!

...His attitude shifted from angry to nervous, the moment he recognized Vicky's voice. The same voice that had been the last thing he had heard immediately after his losing match Vs Kylee, when the mischievous so-called ref girl had used her hefty curves to smother him to sleep.

After a deep sigh meant to try and cool down, Ryu opened the door and there she was, wearing a peculiar, sexy interpretation of a navy suit that complimented her womanly assets, to say the least.

"Ugh... 0///0 ..I mean wow... I mean, h-how can I help you tonight, Vicky? Would you like to ref another match of mine where you can play dirty tricks behind my back, maybe?", he would ask rising a sarcastic eyebrow at the busty girl, quickly re-collecting a composture after his initial awkwardness before her infuriatingly distracting curvy beauty.
_________________
Ryu's team:

Vicky let out a short obnoxious cackle at Ryu's little remark. "No no... But that it was really fun playing you and Kylee against each other!" Vicky quickly unrolled her prefilled match contract and handed it to Ryu. "I came by to allow you to have a match with me! Im sure you'd like a little payback... And I'd really like to knock you out a few more times!"

Vicky tapped part of the contract. "This match will have a special referee of my choosing and be a best two out of three falls match... If you ask nicely I might let you pick some of the stipulations..."
_________________
Howdy i'm WrestleMind and there's nothing i appreciate more than honest feedback and discussion. Wanna tell me I suck? You would make my day!

Vicky's short "villainess laughter" was annoying and sexy at the same time, Ryu had to admit, certainly influenced by the suggestive bounce of her ample bosom.

Basing on his previous experience, the idea of another "special referee", and of Vicky's choice too, was anything but reassuring. Still, he couldn't cower back from her challenge, and the busty vixen certainly deserved some payback.

Having a couple ideas for special rules that would teach her some humility, Ryu decided to play her game and do exactly what she told: ask nicely.
"Alright Vicky, I'll accept your conditions. And if you are so generous to concede, I'd pick only two little rules. No handicaps for you of course. So, what would you say?".
_________________
Ryu's team:

Vicky rolled her eyes. "Oh yeah? What rules do you want to add?" With that little display, she shoved the contract and a pen into Ryus hands.
_________________
Howdy i'm WrestleMind and there's nothing i appreciate more than honest feedback and discussion. Wanna tell me I suck? You would make my day!

'She definitely deserves it' , Ryu thought as the curvy beauty uncerimoniously forced contract and pen into his hands.

He quickly filled the blank lines with his two conditions, signed the contract in the empty spaces, and handed it back to Vicky.
"Read them yourself. I'm sure that he audience will love my ideas", Ryu grinned. It was a good feeling, to give her a little taste of her same medicine .

Scrolling down to Ryu's hand written lines, Vicky would read:
1) P. O. W. rule. The losing contender can be taken away by the winner.

2) Cosplay Fanservice rule. Vicky will start the match in cheerleader outfit. If losing a round, she will strip down to lingerie for the rest of the match.

Vicky's eyes slowly widened as she skimmed through Ryu's rules. Rage coursed through her at the young dragons sheer brazenness. Blended in with her anger was a little bit of fear. Fear that Ryu might actually defeat her. She had seen the kid in action; he was quick in the ring and could take a ton of abuse. "What if he takes me as his prisoner?..." Vicky pictured herself, clad in black lingerie, battered and chained up like a slave in Ryu's dungeon. "No! No no no!!! I won't let that happen!"

Vicky scribbled down her signature with a clear grimace on her lips. "Fine, you've got a deal! Now let's chill out a bit before you become my prisoner!" Having invited herself in the thick vixen walked past Ryu and plopped down on his couch. "Why don't you sit next to your gal buddy?"
_________________
Howdy i'm WrestleMind and there's nothing i appreciate more than honest feedback and discussion. Wanna tell me I suck? You would make my day!

Vicky was very good at dissimulating her anger and her fears, letting them surface just slightly from her beautiful face. Looking at her, and how resolutely she had suscribed, Ryu would think that she was a bit annoyed but overall unfazed by his costumized rules.

Better than nothing, he was thinking when the busty vixen just walked past him, brushing his body with her hefty curves before she'd make herself comfortable... On his couch.

"Mpff... Your prisoner. N-Not going to happen..", Ryu replied with less confidence than planned. Onoxiousness apart, Vicky had proved herself a cunning schemer... But she was still a sexy bombshell sitting on his sofa patting the spot beside her curvy hips. He couldn't use force to send her off, and he couldn't go away since this was HIS apartment. And so, he rolled his eyes and cautiously decided to comply: after all, he was not sleepy anymore because of her.

Ryu's intention was to sit down at friendzone distance from Vicky, but the couch was not very large, so they still were quite close, enough for the nervous boy to feel the warm feminine aura radiating from her.

"H-heh... So...here we are 0///0", the clumsy boy managed to say. Maybe it was his nervousness, maybe her seductive confidence as she sat legs-crossed on his couch like if the place belonged to her, but sitting at her side like that felt a tad bit intimidating, like if he was... well, smaller.
Admittedly, he hated and loved it when a girl made him feel that way.

Vicky grinned as she noticed Ryu nervously maintaining his distance from her. "What the heck. Might as well knock him out before I leave..." When Ryu wasn't looking the depraved redhead tossed her cap onto the floor. "Whoops, my bad. Could you be a doll and pick that up for me?"

If Ryu would be gracious enough to bend down and pick up the cap, Vicky would jump him. She would quickly slip behind him, wrap her legs around his waist and her arms around his neck. One little sleeper hold before they began their match
_________________
Howdy i'm WrestleMind and there's nothing i appreciate more than honest feedback and discussion. Wanna tell me I suck? You would make my day!

"Oh...? S-Sure... 0///0". At this point, Ryu was too much flustered and allured by Vicky's seductive appearance to see the imminent danger. Bending down diligently to pick her cap, the Japanese boy suddenly felt her luscious legs wrap around him from behind as she pulled him to herself, putting him into an apparently snuggly embrace: actually... A lethal sleeperhold!

"What the...? Oh noo-nnghh..!". Ryu's hands went to her thighs but they squeezed him tight, not letting go. Then they moved up to fight it as he felt her arms coiling around his neck but without better luck when he realized, too late, that he had stupidly fallen into her clutches. Vicky had him secured in her soporific hold now, tightly wrapped around her prey from behind, pulling him so close to herself on the couch that he could feel the hot breeze of her breathing bathing his ear.

"L-Let me *gasp* go-nnghh... 0///0". His desperate struggling couldn't get him free from Vicky's double embrace, but it provided him the sensuous extra taunt of feeling her large breasts squishing and rubbing around his upper back and shoulders, adding further embarrassment to his dire situation.
_________________
Ryu's team:

Similar topics
» Damn Fans (Juno)
» The Right Thing
» From One Thing to Another
» damn it, audible senses
» Spellcheck your damn posts!