Eka was feeling it. She wasn't sure what it was in any exact sense, but she was feeling it with her entire body. It could have been the fact that she got her first paper published in one of the biggest journals for international studies in the entire world, which all but guaranteed her a path forward to pursue her PhD. Maybe it was the fact that the semester was over, and she had passed all of her classes with flying colors. But most likely it was the fact that Eka was pretty far gone at this point, overtaken by the old school blues pumping over the speakers and the fact that she didn't know which drink she was on. Some of her university buddies had come with her, but for the most part attrition and Eka's strong desire to drink as much as possible meant that they were dropping off, one by one. There were a few left, those with nothing better to do but sit in the bar and drink the night away.

The Georgian girl had never been in this bar before. Hell, she was rarely even on this side of town. Eka mostly hung out close to the university and the AFW complex, but this was on the wrong side of the tracks. Many of the group showed some apprehension but Eka was in too good of a mood to put up much of a fight so soon the subway whisked them all here. They clearly stood out somewhat, with the blue eyed and tall Eka being looked at from all across the bar. The ravenhaired girl took it in stride and assumed they were just admiring her leather jacket, her lithe body in a tank top, or her long legs that were wrapped in tight dark jeans.

When she pushed herself away from the table, she stumbled a bit, and then stood still. Eka exhaled. The path to the bar was littered with traps. Folks just as drunk as she was would be in the way, as well as a myriad of stools and tables. Worse still, there must have been a very slow earthquake happening because the floor of the bar was now moving. Eka burped. Her blue eyes narrowed. Slowly but surely she tripped and ambled and dodged her way to the bar, where a bemused barkeep stood there, patiently awaiting the Georgian girl. Her move was hardly a secret, what with the yelp as she stumbled over the leg of a stool, laughed as a man bumped into her then said excuse me, and then slammed her hands on the table once she made it all the way to the promised land.

"Hello, mister, uh, mister, you did not tell me your name, yes?" Eka looked at the barman who had told Eka his name only a few minutes prior. He opened his mouth to speak, but Eka was already going before he had a chance to get a word in: "I would like, uh, one," Eka raised her finger up to clarify exactly how many she wanted, "uh, beer please. Actually no," She shook her head, her dark hair flowing to the left and right as she did so. "Uh, two, actually, no. Beer. And shot. Of vodka, yes? Yes, yes, a beer and a shot of vodka." The alcohol now freely flowing through her veins had flattened her bouncy Georgian accent, but the nod Eka gave when she completed her order was pure her.
_________________
My Characters

Meanwhile, Janis went to the same bar to get some refreshment after a tiring match against a cop who used to be her nemesis. It was a rather tiring match, but she felt satisfied that she could pummel her old foe again. She sat down and ordered a drink, although she had a little disgusted look when she saw the drunk Georgian
_________________
Check out my characters here. Have fun!!
https://www.afwrpg.com/t18148-tsuka-s-tomboy-friends#496775 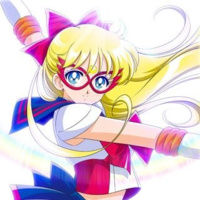 Eka was wavering still. She blinked a few times, hoping that would set the world right. It was still tilting a little bit, but Eka thought that it was not so bad. Besides, nothing was going to get her down tonight. She was still having fun, as evidenced by the huge smile plastered on her face. The bartender returned with her drinks, and Eka waved him off when he asked for money. He shrugged and turned his attention to the other patrons.

The Georgian girl quickly downed the shot, and drank some of the beer to wash it down. She was going to throw up at some point and she knew it, but she had not reached that point yet. So she was going to enjoy it while it lasted. The darkhaired woman turned to the woman next to her, who was looking at Eka, and smiled.

Similar topics
» One Night In The City
» A day in the city.
» Late night Sumo!
» A Late Night Spar
» The Queen City Sisters