Search
Latest topics
» Its Wabbit Season! (For Lederface)
by Deus001 Today at 7:22 pm

» Crossing the Wire: Nidia Roja vs Barbed Wire
by Harrier Today at 1:48 pm

» Himiko Chikako vs Teddy Cat Hori - A Cat Catching a Flash
by JoggingJokes Today at 1:29 pm

The Rising Star: The Story of Snowmaker

The Rising Star: The Story of Snowmaker 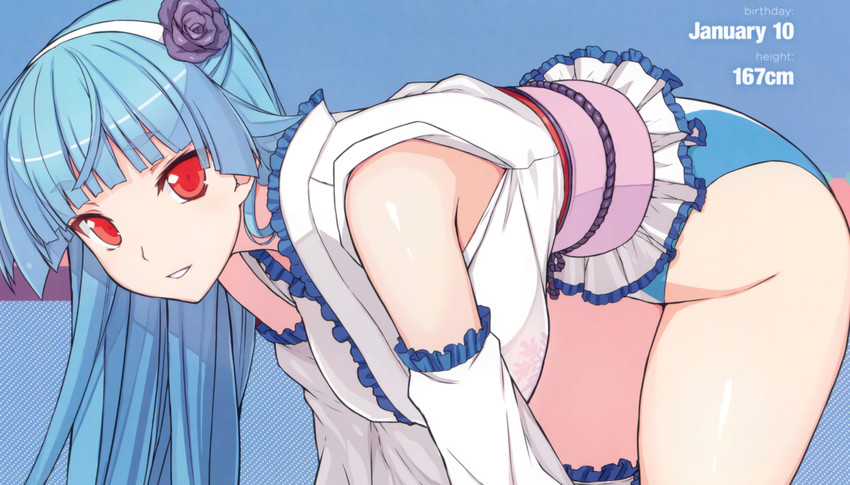 Making her in-ring debut in early 2017, YUKINA had quite an unmemorable start of her career in professional wrestling. Prior to her in-ring debut, YUKINA, real name Yukina Aogami, was a martial-artist and a judoka who had competed on national level. Despite her background and promising skill, she did not leave a strong first impression, and many of her first few matches had been forgettable despite her showing potential. Many even believed that she wouldn't last long in the company, with people believing that she was lacking in 'charisma' or 'character', and she would soon fade into obscurity, never to rise up again.

Until her match with the infamous Gwendolyn Dupont Bettencourt, that is. While the match ended with her loss, it was the first time people became invested in her, rallying behind her as she futilely tried to stand against the one-time Entropy champion and former Friction Tag-Team champion in the ring. Perhaps it was due to the fact that Gwendolyn's personality and demeanor that allowed YUKINA's self to shine through, and despite her lying in defeat at the end of the match, it was clear that YUKINA was one to watch out for.

YUKINA's second hurdle in her career was a match against Manami Kuroda, which not only ended with her loss, but also her being knocked out. Following the devastating loss, YUKINA took a few months of hiatus, and upon return, she adopted a different fighting style, and she even came up with a new finisher, the aptly-named Snowmaker. And it seemed that she didn't spend her time during her hiatus idling as she returned to the ring with improved physique, and things were slowly looking up for the future champion.

Soon after that, YUKINA made another great showing by defeating Alaina Sanders, a one-time Entropy champion in a match. Now comfortable with her in-ring performance, it was clear that she had improved herself quite tremendously, and when she entered Friction Rookie Tournament, she was the most preferred competitor to win the tournament. And of course, she became the finalist of the tournament alongside her fellow rookie, Himeko Akan, and after an intense back-and-forth match between the two, YUKINA emerged victorious, and she was crowned as the inaugural Rising Star champion.

Declaring to bring value and prestige to the new title, YUKINA discarded her old ring name and adopted her own real name as the new one. The future of the Rising Star is bright, and while her journey towards greatness has just began, many believe that there are many great things awaiting her in the future.

The Rising Star: The Story of Snowmaker :: Comments