Madison Redmon vs Diana Kim - The Stranger vs the Huntress

Madison Redmon vs Diana Kim - The Stranger vs the Huntress 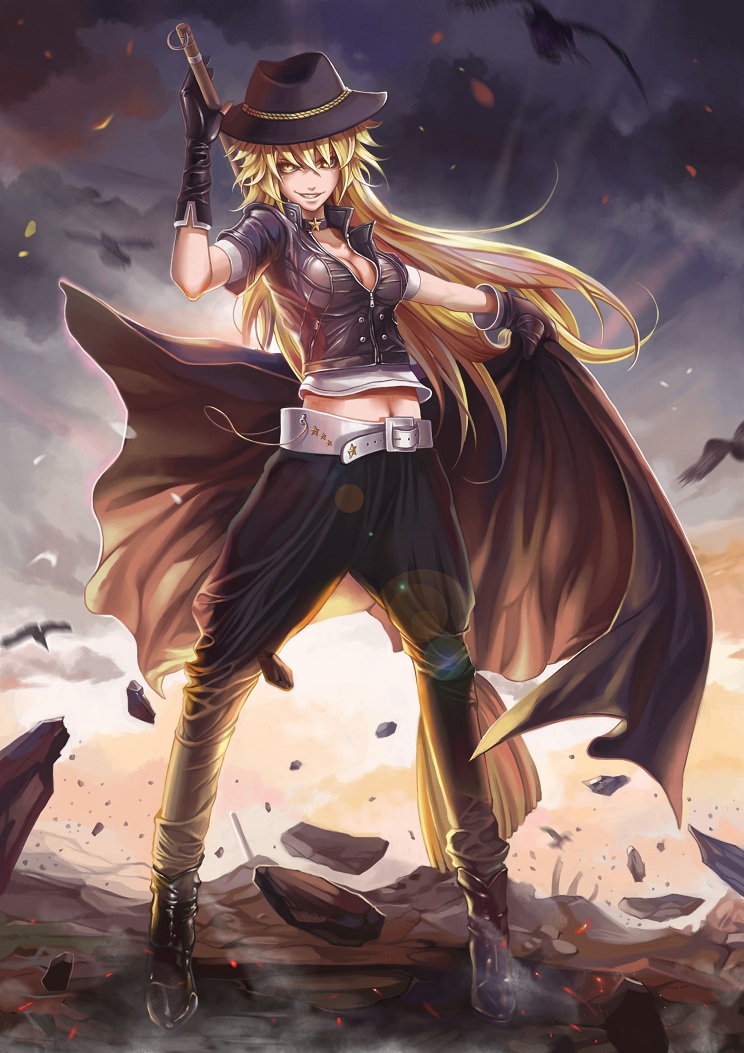 Madison notices her hand is trembling before forcing it to still. She can’t have any sign of hesitation, no not tonight. Just in case her old “friends” are watching. She leans against the wall of the entrance hallway, staring at her old hat. How long had it been since she’s seen them? A few years by now probably. Some part of her wonders if they’ve improved since then. A larger part of her hopes they see how she’s improved. She returns her hat to its place and gives a sidelong glance towards the entrance.

Despite this being a debut match for two rookies it seems they weren’t the opening acts tonight as she can hear the cheer of the crowd for a match nearing its conclusion. She had heard all sorts of rumors about this organization long before she came here of course. What kind of people come here and just how few rules are in place to protect their employees, but that doesn't scare her. Why would it? Only victims need to worry about becoming someone else's plaything and she is no victim, she's a hunter. The distant ring of a bell signals the end of the match and after a short wait a tall blond strides past her, followed shortly by some brown haired woman laid out on a stretcher. Just another sheep trying to make a name for herself, someone who needs someone else to carry them. ‘That isn't me,’ she repeats to herself as she waits at the entrance, waving away the stagehand who comes to give her a warning to get ready. Her hand shakes again. Is it out of fear, or anticipation? It hardly matters.

Her music booms across the stadium as Madison walks towards the ring. A few people throw whistles her way someone who sees her costume gives her a cowboy whoop but she makes no effort to connect to the crowd. She entered the ring and turns to watch the entrance waiting for whatever poor soul was chosen to be her first stepping stone.
_________________
-Kara
-Vita
-Madison

Diana was thinking about what the future would bring as finally the moment had arrived.As the blond knew that if she did manage to win tonight then she be off to a good start , but if she lost then well she hoped her opponent was prepared. Since she was not going to let the other wrestler get away with beating her , and the best part about it was that she would not be bound by the rules to seek it. Since she would search out the poor girl while under her Cop Tai persona , and that was going to end poorly for the other woman.Still it would serve the other wrestler right for beating her as she was just done chancing into her attire. As she wore what could best be described as an green dress with long sleeves and a pair of black boots beneath it as she had her hair in a ponytail.

Still as she left the locker room , and made her way to the gorilla position she would watch as someone who was being carried on an stretcher past her.Now the blond had bin ready to see anything , but this is something she was not prepared to see.As while she was no stranger to getting rough she did not think this could happen to wrestlers in an official league.Still it seemed it could and she was not going to end up like that as she would hear revolution by Aimee Alleen be heard throughout the stadium as she had just missed her opponent it seem. As she walked out she would hear some fans cheer for her , but her attention was solely on the person in the ring as she heard ''now making her debut in the AFW from Vietnam. Weighing in at around 140ibs, It's Diana Kim'' as she stared at her opponent as she would whisper ''did you see that person being carried out of here on a stretcher.Well that not going to be me tonight as I came here to win''. Madison looks over the woman before her, and while she had done some basic studying there wasn’t too much to research since this is her first match. An annoying hindrance to her usual plans, but she doesn't need any edge to win this fight. They seem pretty close in terms of height and muscle, but she doubts this blond has her desire to win decisively. To her this is the start of a new part of her career, to Madison this is a chance to prove to everyone just what she’s capable of accomplishing alone.

Madison places her hat on her corner turnbuckle and while taking off her duster walks towards the middle of the ring. She maintains her smile the whole time, though she can’t stop herself from showing some teeth at Diana’s confident declaration.

Diana had expected her opponent to react badly to her proclamation , but she was surprised by how the other wrestler had reacted.As besides showing her teeth as she smiled at her , Madison had reacted rather calmly. Since besides the smile she would extend her arm while saying that she thought the Vietnamese would do great as she grasped the other wrestler's hand with her own.

As they shaked hands the blond would just reply back ''yeah that my name , and yours Madison right''as she thought to herself ''is this all some kind of trick or is she really this friendly?''
_________________
My Wrestling Roster

Madison shakes Diana’s hand like they were chatting in a classroom instead of getting ready to beat the life out of one another. She can see the doubt in Diana's face, though she still took her handshake without much hesitation.

“That’s right, but for now I’m some nobody just like you. Let’s see if we can change that tonight,” she says her excitement clear on her face.

Madison glances at the referee who is giving them enough time to do the usual pre-battle banter. That’s fine it means this next part will be all the more surprising. Madison finishes taking off her coat and places into her left hand before turning to look at Diana.

“Hey, would you do me a favor? Would you mind holding my coat?” she asks with a cold smile.

Just as she finishes speaking Madison will toss her duster at Diana’s face to try and blind her. As she does so she will lash out at Diana’s head with a right hook with all her weight thrown into it, hopefully while the Vietnamese wrestler is still blinded.
_________________
-Kara
-Vita
-Madison

Diana was still not sure if the other wrestler was as friendly as she was , but if she was then maybe she could use it to her advantage.As so far what she was saying made it seem she was as she would respond back ''well your right.Still after today I won't be an nobody anymore'' while thinking ''can't say the same about you after this is all over''


Still she was proven to be true about being careful as just before the match was underway the other wrestler would throw her coat into her face.The ref would miss that fact completely as she was effectively blinded by Madison as she got hit in the face with an right hook as the fans would booo in result to her opponent's dirty tactic as the ref just wondered what was going on as Diana had ended up on her back within what two seconds of the bell being rang.
_________________
My Wrestling Roster

The timing was absolutely perfect, just as the ref turned around to signal for the bell Madison lands her punch and sends the Vietnamese blond to the ground. When the ref turns she shoots Madison an angry glare to which Madison gives a shrug and advances on Diana. She lowers herself and allows herself one more chance to brag.

Madison will try to grab Diana by her hair to pull her up into a sitting position. Where she will take a step back before delivering a boot to Diana's chest to send her to the ground again.
_________________
-Kara
-Vita
-Madison

The Vietnamese wrestler was glaring at her opponent as she attempted to get to her feet as she watched as all the ref did was shoot the other wrestler an angry glare.As she felt the ref should have just declared her the winner , but on the other hand she hoped this meant that she was allowed a cheap shot of her own during this match.

However when she heard Madison brag about how she was going to turn her into a stepping stone she would just just smirk. As by this point the other wrestler had gotten within reach as she would lash out with an kick to Madison's shin as she cried out in pain as she was forced into an sitting position by the bitch who was grabbing onto her hair.
_________________
My Wrestling Roster

While she thought herself better than this Madison has to admit to herself as Diana’s foot connects with her shin that she was asking for that. Madison stumbles as one foot is taken out from underneath her, forcing her to give up her attempt to flatten the Vietnamese wrestler.

Madison barely manages to stop herself from falling, but that doesn't mean she’s given up her attack. Looking at the leg that nearly tripped her up Madison will stomp on Diana’s ankle trying to do some damage to slow down the Vietnamese wrestler at the start.
_________________
-Kara
-Vita
-Madison

As her kick connected with her opponent's shin she would smirk as she watched as it caused Madison to stumble around. However it had not bin enough to make the other wrestler release her hair as she tried to get away. However before she could her opponent would stump down onto her ankle as Diana would cry out in pain as the stomp connected.
_________________
My Wrestling Roster