Search
Latest topics
» [Standard Match] Margarita Jorgensen vs Xiao La Rouge - With Fire In My Heart And Honor In My Soul
by skip-stop Today at 12:13 pm

Camelia Andrews VS. Kogeki: A pair of cuffs for Rookies

At this point winning would be impossible or rather extremely difficult, making her object the simple matter of doing as much as she could for now. This was her last opportunity to do anything to her opponent. The last trick up her sleeve. She endured through so many hits from the beast she had to call opponent that after all that Pinky felt wouldn't be able to get up, but did managed to finally get her. Seeing Kogeki going down to her knees, she smirked as she felt relieved due to her move working. However she only managed to enrage the Goliath even more while she shaked like an earthquake trying to make Camelia fall off.

Knewing that if she feel it would be over. So she with the last energy she had pump herself up and filled with rage as with both her arms Pinky pulled the arm she had locked trying to do as much as she could. "Go ahead and try..." She was so dizzy and tired that wasn't even really recognising what she was saying being caught up on the monent. However she could feel her grasp slipping and even so she continued on knowing this was the best she could.

She tried to pull Kogeki's arm further as she was starting to scream. "AS I'M PINKY-!" The wasted amount of energy due to talking, the muscles starting to fail and her sleeplry hands because of sweat was a combination for failure. She could only see her hands letting go of her arms as she fell back into the sand bellow with a strong fall. She slightly smilled because of that ironic outcome knewing she did everything she could. "Well... Shit.
_________________
Have a Ticket To ChaosLand 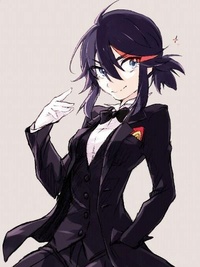 This submission was absolutely destroying Kogeki right now Pinky as putting her absolute all into it. Kogeki was starting to fade at the same time Pinky's muscles were starting to call it quits. Her shaking was slowing down and her body was starting to fall sleep. "Augh... N-no..." Finally Pinky went for one final stand. Screaming at the top of her lungs, Kogeki was in pure agony before it was finally over and Pinky fall down into the sand... Kogeki would fall face first into the sand breathing heavily. The world around her being a blurry mess as she weakly moved around in the sand.

But her rage was far from gone... Forcing her body back into his knee's she slowly made her way towards Pinky... Inch by bloody Inch until she was finally ontop of her... "Y-you.. Augh... Son of a bitch!" Kogeki winded up her arm and palm slapped Pinky across her face. Alternating as she started slugging on her. Cussing her out as let her rage. Leni was cheering Kogeki on as she enjoyed every second of this! "YEA! YEA! ERADICATE THE BUG OFF THE FACE OFF THE PLANET!"

Camelia did everything she could and the results were quite suprising. At the first she was getting heavily outplayed by Kogeki, but as the match went on she made up for that and tuning the match coming for her side, but that submission was what did the best managing to hurt the goliath that much. This ended up in her wasting everything on it and falling down on to the sand bellow very fast, but for her felt as everything slowed down to watch her failure in slow motion and when thought that was it, she was wrong.

She could barely move her head, as pinky could only watch Kogeki move towards her and put her massive weight on her already unmovable body, before unleashing a Sumo Slap Barrage across her face all the while hearing Leni, the annoying child in the back, just to remember her that she existed, making wish that they tinny shit would just shut up. For 5 minutes she was massacred, like if her opponent was trying to beat the life out of somewhat dead body, leaving in almost like if she was unconscious, barely moving and having a time breathing.

The Referee shouted declarying the end of the match, and telling Kogeki to get off the severely beaten up body beneath her as it was over. Camilia was struggling to get air, however would take her sweet time to rest now that match was over with her crushing defeat.
_________________
Have a Ticket To ChaosLand

Kogeki rolled off Camelia as she finally got the three count. Her body was acking after everything the pink hero put her through. Despite her small size Pinky had managed to do some serious damage to the yokozuna as shown by the bruises and tender marks of the submissions attempt scattered over her body. This definitely wasn't how Kogeki wanted to debut but Leni had forced her into this embarrassing match. As she laid on that sand slowly closed her eyes as she just wanted to forget this even happened. Leni meanwhile...

Kogeki meanwhile just wanted to shut this bitch up... She might be the reason she was in the AFW to begin with but holy shit... Where all Americans like this? Kogeki knew America was only filled with barbians but she didn't think it would be this bad! Standing up and walking backstage/out of site she wanted nothing to do with this match anymore. She was gona need a lot of sake for tonight!
_________________
My Wrestlers

Camelia stood there laying on the ground, for what seemed being weighed down by an invisible force, the weigh of a crushing defeat, aside from the pain through out her entire body. It was humiliating for sure, specially after giving everything and going out like that, but at least gave the giant a fight and didn't make her leave without some bruises. Pinky finally took the time to rest, as she needed it even with the little brat kicking her. Looking at Kogeki, Pinky felt confused after all she had won but didn't felt that happy about it. Before she could leave, the insect lover wanted to give her a message calling her out. "Hey! Next Time... I'll win, next time."

Then it was time to face the second problem... Leni's kick were like mosquito bites, not very painful and very annoying. If she had enough strength, would've gotten up and quickly beaten up for what she did before, however in her situation the least she could do is just ignore and give her a message before leaving, Pinky didn't wanted to waste both her time and forces on a pest like her.

"You're small... Fragile, and sting a lot, yet you don't interest me one bit. Unlike with Insects, I utterly dislike you!" Pinky said as she slowly got up and faced her, eye to eye and almost assuming a menacing pose, showing her point and trying to make sure she would remember so Leni didn't had the idea to try to intervene again, by graving that memory in her brain, specially now that her giant body guard wasn't around.

Camelia turned around and slowly walked away... back home where she could have a good night sleep after this.
_________________
Have a Ticket To ChaosLand