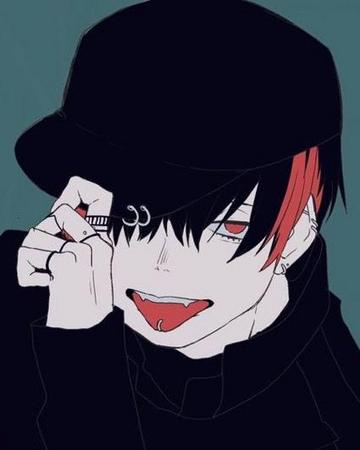 Strategy: Observation, deconstruction, then laceration! Markus observes his opponents as he battles them with cruel and vicious battle tactics made to wear them down. After finding holes in their defenses or styles, he moves in to brutally exploit them and push his way to victory.
Style: MMA Striker.

Spoiler:
Born with an obscene amount of stamina and large pain threshold, Markus is the clock that won’t stop tickin no matter how bad the lickin. Paired with his training, Markus can doll out damage at his leisure.

Spoiler:
Strong enough for strikes and kicks to do some serious damage, as well as counter and take down slightly larger opponents, but lacking any kind of power that could lift up a foe for anything other then a very short amount of time.

Spoiler:
Quick and Nimble, Markus is fast enough to keep many speedsters on their toes and powerhouses guessing.

Spoiler:
Far from incompetent, Markus won’t just let an enemy’s attack slip by. If he can’t counter, he will block, and if its too strong, he will do his best to avoid the attack. No punch will go unpunished if he has his way, but his ignorance on moves outside his style leave him open to surprise attacks.

Spoiler:
With a wide array of holds and strikes, Markus seems to have knack for stringing long some rather spectacular combos in an interesting fashion. Though he struggles when a new move is performed on him, he usually can snake his way away from major harm when he is aware of what type of hold he is in.


Finishing moves:
Markus Seems to adapt to what his opponents’ style is, and as such rarely uses the same Finishing Move twice. He has been known to use signature moves of previous opponents if it possible for him to do so, but due to his shifty nature and varying strategies, even that is not guaranteed.

Appearance:
Markus is the type that actually blends in quite well with the crowds of Japan. Dark hair, slightly pale, and usually wearing some sort of baseball cap and jacket, Markus takes to the street with few ever sparing him a second glance as he walks past. Despite his jacket giving him a normal looking build, he maintains a body packed with an athletic frame of musculature. His eyes are also a subject people comment on, their sinister red and empty feeling usually causing some form of unease if he is caught staring at someone.

Personality:
Marcus is an egotistical, spoiled, rude excuse of a human being that would be so lucky to be described only as a brat. Almost never seen in a good mood, Marcus comes off as bored with the entire world. He hardly interacts with anyone outside of his very small group of “friends” and even they are not free from his constant belittlement or cruel criticism. His ability to be smug about everything that involves his personal accomplishments and disregard others makes him something close to impossible to talk to in a social setting, only ever interested in himself or things he cares for while hardly listening to even the most heartfelt of stories from others.

The worst part is…Markus was kind of right. His achievements are real and impressive, and his skills completely unmatched when compared to his friends. Markus’s prestigious upbringing has earned him a myriad of opportunities that he had used to educate himself with a variety of subjects and skills, making him something of a jack of all trades. His knowledge is unmatched by many, and he will be sure to remind everyone that dares act as if they have forgotten.

Past/History:
Markus was born with a silver spoon in his mouth, and many people know it. Born as a middle child, Markus was raised in a loving home where all his needs were met and his wants fulfilled with a simple inclination. Marcus wanted for nothing, something that would eat at him as the years went by.

Academically, Markus excelled. He was quick to absorb all of his education and make sense of it all, learning at an incredible rate. He was a top student throughout his school life, something he brags about regularly and happily. His talent traversed not just academics, but sports as well. With everything Marcus tried, he excelled in. He maintained some god given ability to be great at everything, and thus alienated himself from everyone. People who had practice years in their craft were usurped by a newbie who had just picked it up moments ago. His smug attitude and lack of empathy made him notorious around all of his schools and classmates, earning only scorn and the basic shreds of respect. Many wanted to top Markus, to shut him down and shut him up…but few ever could and never for long.

Despite all of Markus’s advantages, he was hardly happy. He had everything he could ever want, and yet he felt empty. There was no challenge in anything he did, nothing to drive him to be better or work harder then bare minimum. His small group of friends were a bunch of followers, and simply agreed with everything, the academics were a breeze, and what sports he played with were simply too boring to continue with. The boredom was unbearable, and only served to amplify his negative feelings towards the world.

His boredom continued to grow throughout the years, along with his knowledge and physical prowess. Finally, one fateful day…Markus lashed out.

He had a long running feud with another student who constantly called Markus out on his poor behavior. It didn’t help that Markus could never remember his name, only calling him a crude nickname such as “low score”. The two argued and escalated until finally a fight broke out between the two. It was quick, but the results were immediate. Both students received a suspension from school, and Markus began to stew even more.

Eventually, Markus would find his way out of college, but not free from boredom. He continued to lash out towards others in aggression, building up a fighting style that helped get him out of a few scraps that he often found himself getting into. Eventually, he was fighting more often than not, winning some bouts while losing others. He was, as to be expected, extremely good for a newcomer who only had basic training.

Eventually he was approached by a number of small-time agencies that offered him a job. He accepted some, and grew his knowledge of fighting styles, stances, and grapples. He had soon grown into a talented fighter, but one with a large ego that seemed to never be satisfied. Markus was constantly jumping around from federation to federation, growing and learning all with a growing sense of boredom.

It was getting to the point where Markus was getting too bored and thinking about leaving the fighting business when an offer from AFW came floating his way. The federation promised not just male fighters, but female too, all with their unique sense of styles and attacks.

With his interest slightly piqued, Markus decided to give it all one more shot before quitting cold turkey, and signed up for the new federation. Would it be all he expected? Would this place finally crack that shell of boredom he had grown up with his entire life? 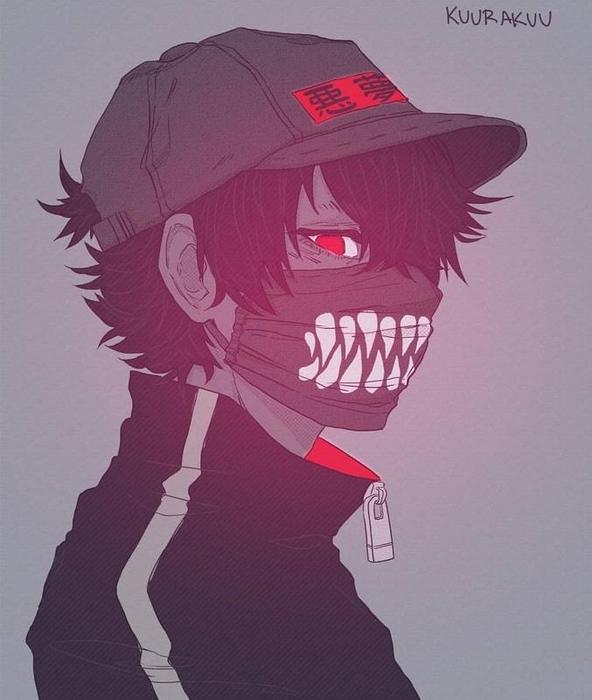 Without Hat or Mask: 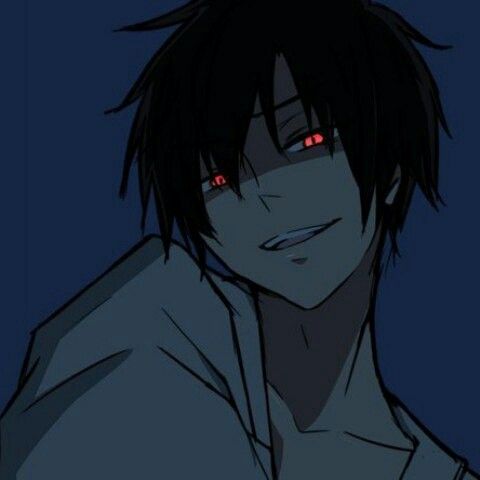 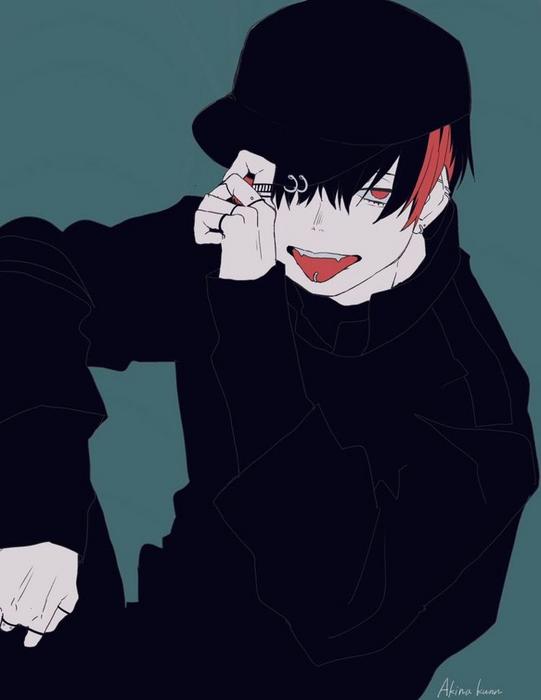 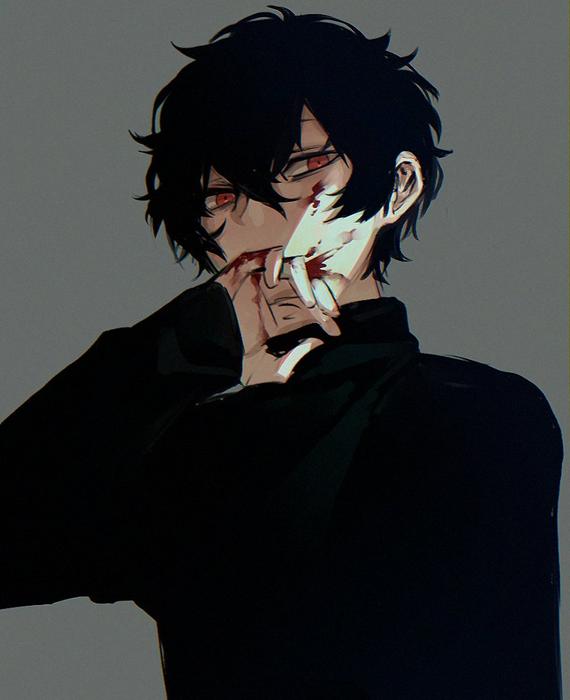 No Smoking: Markus despises smokers with a passion, writing them off as the lowest scum of the earth.

Picky Sugar Tooth:  Though he doesn’t mean to be, Markus is particularly picky when it comes to sweets. He enjoys hard candies with subtle flavors, as anything too sweet or strong makes him sick.

Haircut: Markus always seems to have some form of bed head or lazy haircut. He usually hides this with his cap.