Search
Latest topics
» Maria Fernanda vs. Suzumi Ishikawa
by HighFly Today at 10:08 am

» Alaina Sanders vs. Kozue Kaburagi - Long Time, No See
by HighFly Today at 10:05 am

» Something Has To Give! Akane Saito vs. Lauren Fredericks
by Yori Today at 8:30 am 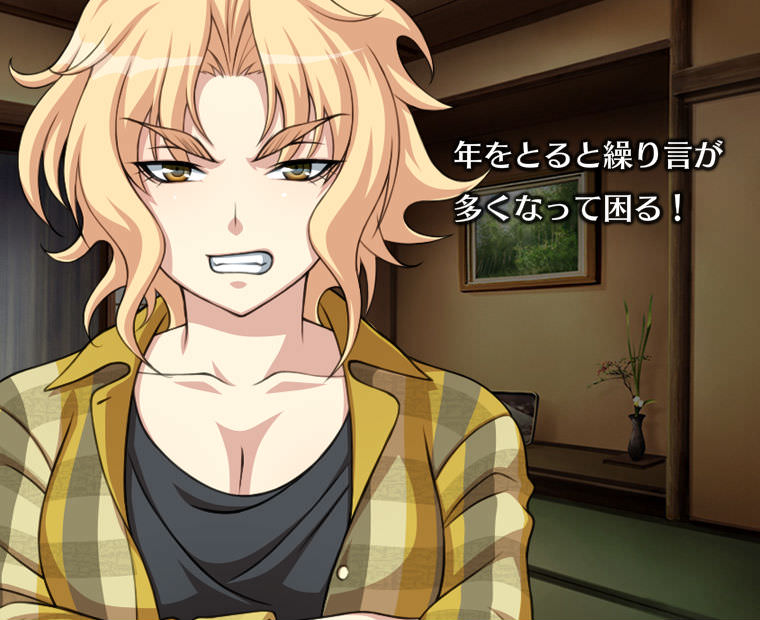 Reiko hadn't been in AFW for very long, only having had two or three matches so far, she was by far from a well established name even if the people she had been fighting hadn't been slouches at all. It took some time to build buzz and at the moment the buzz she had around her mostly came from her previous accomplishments in Japan and elsewhere. Still, she was willing to pay her dues and work up the ladder like anyone else. That was what this business was after all. For the moment though the blond found herself in a pretty average establishment, a decently sized bar for Tokyo though. Dressed in her usual form of attire, a pair of blue denim jeans, a black t-shirt and a flannel shirt on top of that, unbuttoned and sleeves rolled up.

Short blond hair, and piercing predatory eyes was the most distinguishing part of the woman, that and of course her rather sizable chest. She walked her way down into the bar, which had a rather English sounding name for a Japanese dive bar, it's name was "27 Crazyforce" it had decent reviews and that was why Reiko Shishigou found herself here and now. Ready to take a load off after a long day of working out, handling merchandising and other stuff she had been forced to take care off lately. As for that reason, Reiko found herself pushing her way forward a bit.

Getting up towards the bar counter, and probably pumping slightly against people who were sitting there. " Oi! Namachu hittotsu!" Reiko shouted out to the bar keep, a grin on her face as they would quickly work to grab her a cold middle sized beer.
_________________

Karen Starring wasn't much of a drinker. And yet, here, on this curious Saturday night, Karen found herself doing just that.

Eyeing up a rather untouched whiskey on the rocks, Karen held a rather smug grin to her face. The last time she was in a bar, albeit one quite unlike this one, she was clad to paint the town red. And not with honest intentions in mind either. For she had purely gone drinking that night in the hopes of getting one over old nemesis Jessica Wright.

By fucking her brother, ideally.

Not quite out drinking tonight with such intentions in mind, the insanely stacked amazon took that drink in her hand, necking a good portion of it before placing it back onto the counter. She was in a rather tame mood; one rare for a woman that was rarely out of a bad one. She simply had no reason to be in her usual state of dismay and rage, she figured.

Tonight, she could take a day off from being furious.

She said, hours before what was about to occur.

"D'ya mind..." Karen grunted, not even looking backwards as a rather soft presence made itself known. Large bust bumping her right in the shoulder, Karen barely contained the urge to snap back and roar at the mysterious stacked figure for having the gall. Atleast, she resisted at first.

Although, a rather sharp elbow brought up and back into said figure would serve as her response. One unlikely to go ignored.

Reiko would wait for her drink as she leaned over two figures, her generous chest practically resting on one of those figures shoulders while she was being served her beer. Suddenly as she got the beer in her hand, the figure drove her elbow right into Reiko's side.

The act caused the blonde's arm to shake and with it a decent amount of the nearly overfilled beer glass flew out of the glass, spilling down onto the counter and all of Reiko's hand. The buxom blond would place the glass down, turn towards the buxom raven haired figure seated to her right.

" That was a bit uncalled for." The delinquent side of Reiko showing as she was rather pissed at having her beer spilled like that. " I suggest you pay for a new one before things get ugly." The Lionheart pointed out as she would glare down upon the face of the raven haired amazon.
_________________