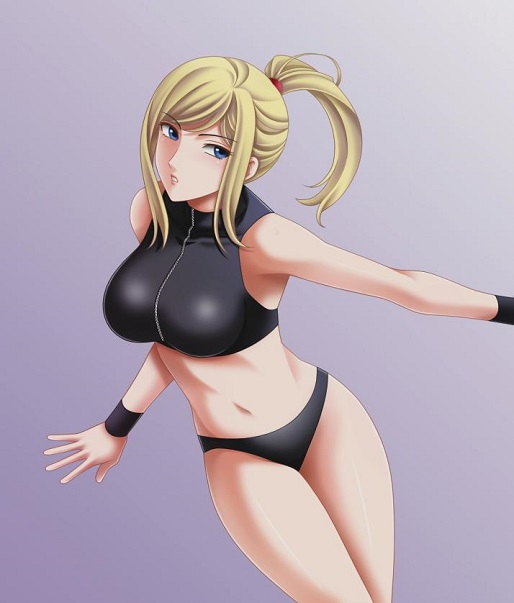 Now the big day was there, and Tessa Price took a last long look into the mirror.

She had prepared herself as good as she could for this evening. Tessa had recently fought a non-televised match that had been a practice match for this particular historical match with Tessa as a main stay focus girl. Her journeys through time had already seen her in the Age of the British empire, the era of Knighthood and one of her first adventures had been set in ancient Rome so this match would fit in nicely, even if the commentators did not make any attempts to deal with that as it simply did not fit into the live PPV where it would be settled in later.
The non-televised match in a gladiatorial school had won over the sponsors, selected audiences and officials alike, so she was in for the big time against another higher profile opponent.

Her usual jet and cannon entrance had been replaced by only her entrance music and flashes of the match she had as practice as part of her titantron, along with classic scenes from her first match in this kind of environment and even her second match ever in AFW, the handicap match classic against the whole of the Morrigan tag team.

Despite her veteran status, Tessa only had her third PPV appearance and was pretty nervous when she stepped out into the arena, heralded by a fanfare of trumpets and the tossing applause of the audience. It was a very prestigious position she had gathered right between the tag team championship match and the main event so that the fans were getting served a downer in wrestling quality between the two high profile wrestling matches, but it should still keep the fans on the edges their seats. At least Tessa would give her best that this match would not become a bathroom break, and if it would be the last thing she did!

Waving to the crowd, she would step down to the wrestling mat that would pose as the ring and step into the middle of it. The silence of anticipation would set in for a slit second before she suddenly would close her eyes to bask in the moment, drop her robe and show the world her trained body in all its glory, right under the clapping sound of thousands of hands.
_________________
Friction:
Tessa "Harrier" Price
Barb Wire(Tag Team)
Kelly "Pony" Flowers(Kawaii)
Anja the Raven
Amaya the Maiko(Kawaii)
Senior Officer Ise
Gina "the Brat" Lees

A slow rumble of drums began to play as the lights dimmed, a single spotlight aimed right at the entrance. Traditional Mediterranean music began to play, wisp like and enchanting. The titan trons played only a show of ruins of what appeared to be Greece. It was all a sort of strange odd thing as Aisha didn't come out to an entrance like this at all, coming out to a Queen song and rocking out as she came down to the ring. Nor was she Greek.

The music made a sudden turn into a hip-hop remix version of the song and suddenly the music's owner finally made their appearance in what was rather a strange grand spectacle, coming out with clad loincloth men carrying out a palanquin and riding it, clad in see through clothing reminiscent of an ancient Greek. She had a beautiful tone body, lunged out and watching Price as she was carried down to the ring. She looked rather like Aisha in fact, actually it was a near perfect match save for the rather blonde long hair tied up.

Close enough she was put down, not even acknowledging her little entourage at all. The announcer was confused, saying out Aisha name before being cut short by an aide, "Sorry for that. Making her way into the ring, from... Mount Olympus... The love of the World: Aphrodite?" they said confused as she her entourage removed her clothing, leaving her bare for all to see as she stepped into the oil.
_________________
-Moonlit Roster
-La Avispa Negra II
-Aphrodite: The Love of the World (Formerly Aisha Love)
-Ragna the Crushing Beast
-Ninja Kitsune Yori Takibi
-Grizzly Yamamoto

Now that her opponent made her move, Tessa could not help herself but to be impressed by it. The only thing missing was the clam from which Aphrodite could appear, but without water that would probably have looked strange.

Thinking about how surprised the ring announcer was, she would probably face an opponent who had made a gimmick change , and Tessa surely would be curiously watching if it was a onetime only performance or if she was witnessing the birth of a new wrestler so to say.

Stage hands had already removed her own robe so that she could test the oiled mat herself, testing how she would fare on it when standing instead of rolling around on it as she would without a doubt be doing soon.
“So miss Aphrodite, how are you doing so far from Greece?”
The Blonde asked with a little grin on her face.
_________________
Friction:
Tessa "Harrier" Price
Barb Wire(Tag Team)
Kelly "Pony" Flowers(Kawaii)
Anja the Raven
Amaya the Maiko(Kawaii)
Senior Officer Ise
Gina "the Brat" Lees

Aphrodite pushed away her bright blonde hair, looking at Tessa seemingly uncaring that she was here, "Greece is rather boring darling, I live for excitement not the dullness of Olympia. Besides, playing with you Human's is just so fun," she said, not even seemingly faking it. It seemed she believed every single word of it, not even second guessing herself. She stretched out on purpose, letting the audience and her opponent have a far better view of her body, as if in a teasing way. She seemed rather balanced as well, not even trouble at all standing in the rather slippery ring.


"Now show me what you got mortal, I would love to see the delights I have so missed of the world," she taunted Tessa, getting herself ready in what appeared more in a traditional stance.
_________________
-Moonlit Roster
-La Avispa Negra II
-Aphrodite: The Love of the World (Formerly Aisha Love)
-Ragna the Crushing Beast
-Ninja Kitsune Yori Takibi
-Grizzly Yamamoto

“Very well then.”
Whatever her opponent would say, the blonde had come prepared to fare good in this bout. rolling her shoulders for a little bit more probably much needed flexibility, she met the other girl with a feisty gaze. She was an accomplished wrestler and did not fear anyone in a ring, no matter if she was large or small.

As soon as the bell would ring, she would attempt to slide forward on the slippery ground in an attempt to crash right into the nude body of her opponent for the evening, like a surfer chick on an oily wave of boldness.
_________________
Friction:
Tessa "Harrier" Price
Barb Wire(Tag Team)
Kelly "Pony" Flowers(Kawaii)
Anja the Raven
Amaya the Maiko(Kawaii)
Senior Officer Ise
Gina "the Brat" Lees

"Good, I look forward to such a challenge," she says, brushing her long hair away from her face. Aphrodite herself was eyeing her opponent just as well with a seductive gaze that was less staring back at her opponent and more towards her opponent in a more hungry like sort of way.


Once the bell rung she was surprised yet readied when Tessa came sliding right into her, the two now pushing up against each other with Tessa having the advantage of momentum.
_________________
-Moonlit Roster
-La Avispa Negra II
-Aphrodite: The Love of the World (Formerly Aisha Love)
-Ragna the Crushing Beast
-Ninja Kitsune Yori Takibi
-Grizzly Yamamoto

“Uhnf!”
As having the momentum on her side, Tessa planned to take full advantage of this after the initial clash of the two naked girls had taken place right in the center of the mat that was the ring for this match. Attempting to overbear her opponent with her impressive bust from the get go in the test of strength which was ironically also a test of balancing on the oily surface, the blonde planned to bend her opponent backward so that she could splash her on the mat with her own body on top after she felt comfortable in the assumption that the other girl was in the defense enough.
_________________
Friction:
Tessa "Harrier" Price
Barb Wire(Tag Team)
Kelly "Pony" Flowers(Kawaii)
Anja the Raven
Amaya the Maiko(Kawaii)
Senior Officer Ise
Gina "the Brat" Lees

"Grrraahhh!" Aphrodite tried to push back, clearly the one at disadvantage with positioning as the two's strength was near equal most likely. Her feet slowly began slipping forward as she was forcefully leaned back to the ground, falling flat. It didn't help that her breasts were being mushed together, with Tessa's full weight partially pushing down on them as she tried to keep Tessa up and off of her.

Aphrodite was trying to keep her shoulders up, to stop a push downed pin on her person and wrestle her way back up, but for now it seemed her opponent had clear advantage out of the current situation, something she wasn't happy about but shifted her focus on getting out of it.
_________________
-Moonlit Roster
-La Avispa Negra II
-Aphrodite: The Love of the World (Formerly Aisha Love)
-Ragna the Crushing Beast
-Ninja Kitsune Yori Takibi
-Grizzly Yamamoto