Strategy: Wear the opponent down. Iulia is bigger than most normal people, and uses this to her advantage. Keeping the opponent too close for their own comfort is her overall strategy. Her favorite techniques involve slamming her opponent or restricting their movement. This way, she can have her way with them. But she needs to catch her foe before doing that. 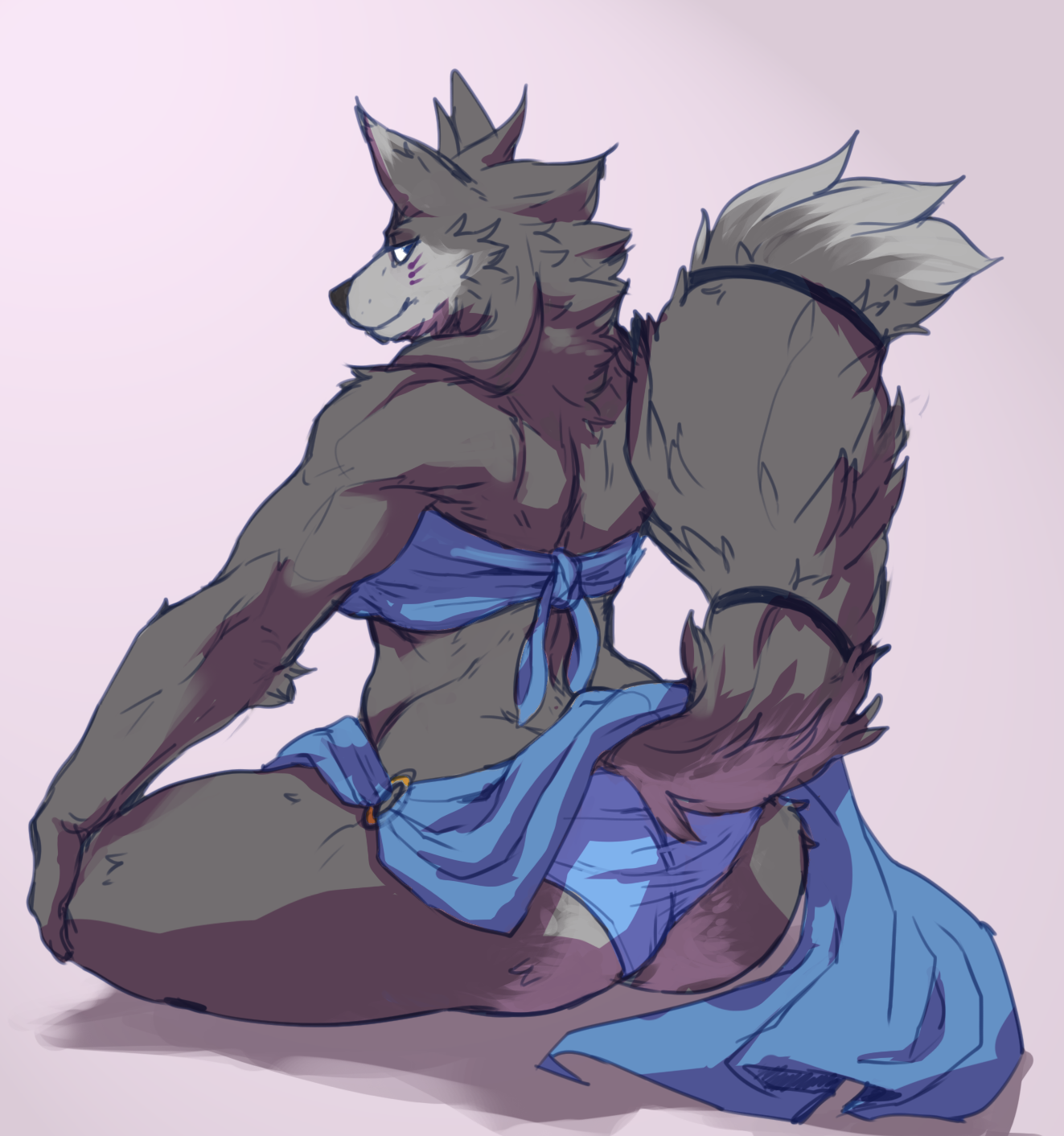 Strikes: ☆☆☆☆ – Her build lends her a great deal of strength. Getting smacked by a beast like Iulia isn't going to feel pleasant.
Powerhouse: ☆☆☆☆ – She's a big lady. It only makes sense that she would use her size to overpower her opponents.
Submissions: ☆☆☆☆ – As mean as this may sound, Iulia has no qualms with making someone scream for mercy. In fact, it feeds her primitive side to have someone feel enough agony to tap out.
Counters: ☆☆ – She needs practice in this category. Iulia's endurance is so hearty that she feels countering is a skill she can do without. However, this can be an exploitable weakness for stronger opponents.
High Flying: ☆ – She's too big for this, so she doesn't even try.

Powers/Abilities
Night Vision: Can see perfectly fine in the dark.
Enhanced Sense of Smell: Depending on the opponent, she can probably smell them before even making it to her entrance.
Increased Longevity: While not immortal, Iulia has outlived everyone in her home village from the time she was born. If she were still completely human, she would be in her 30's.
Regeneration: Iulia's immune system is super powered. If she loses a part of her body, it will grow back after some time. However, the duration for this varies. If she loses teeth for example, new ones won't pop in until approximately two weeks have passed.

Finishers
Mother Wolf's Embrace: She isn't a mother to any child, but she thinks it fits. Iulia pins her opponent against an object (most likely a turnbuckle) and mashes her body against it with her opponent between her.

Tail Smother: If Iulia feels like she's had enough, she may sit on her opponent and drop her thick tail on her opponent's face to deprive them of oxygen and force a knock out.

Werewolf Press: Essentially the same as a Gorilla Press, but she changed the name to keep her theme intact.

Personality
Contrary to when she was in Romania, Iulia has developed an easy-going personality outside of the arena, but she can be a complete beast in the ring if the right opponent pushes her buttons. She acts very "human" despite being in a permanent state of Lycanthropy, preferring to watch TV and learn how to cook food instead of hunt. But the drive to be wild still comes to her at points, which is why she can suddenly turn aggressive on certain days.

History
Some time in the early 1700's, a girl went missing in Bran Village, in the Transylvania region. The girl in question, aged 18 at the time, escaped an encounter with a werewolf, but not before receiving a nasty bite on her hand. The next full moon turned her into a monster, but there was still some humanity left inside of her. She fled, and was never seen again by the village, becoming something of legend.

At first, her instincts were primal. She didn't think like a human. Iulia needed food, and would often chase wild animals or snatch livestock from nearby farms. But over time, something changed. Instead of walking on all fours, she began to walk upright. She could still remember her language. The only problem was that she could not become a human again. She survived a long time despite gaining some animalistic behaviors and quirks--hundreds of years. During that time, she became restless and soon forgot her life as a human, though Iulia always knew that she was not originally like this. Iulia also retained memory of her name.

But the legend would be revealed to be true. She was tracked and captured by hunters, rendered harmless with silver chains. Then she calmly asked if she could be let go, much to the surprise of her captors. She was brought to a nearby city and locked up in an old fashioned prison cell for about a week. From across the cell, the guard watched wrestling matches from numerous countries. The one league happened to be in a land called "Japan." There was an advertisement for one of the leagues. Their Fur and Feathers division needed some fresh blood.

At some point, Iulia was advised that nobody wanted to kill Iulia, but they told her that she couldn't stay in the woods. "Bad for tourism," they said. They wanted to send her to a haven for monsters outside of the country. She asked if she could have paper to write a letter to a place she believed she would be accepted. Iulia crafted a cute, albeit sloppy letter and signed it.

The locals never expected them to come and gave them one week, but strangely enough, several agents from the AFW did arrive in the city. She was released, offered training, and had to sign numerous contracts due to her condition. One clause noted that If she ate any of her opponents, she would be sent back to Romania. Iulia was shipped to Japan the following month. Iulia now had a place to be, and has begun adapting to life in a city, rather than a forest. But would she be a good fit for the AFW?

- Iulia has some good fashion sense but despises the fact that nothing she likes can fit on her.
- Iulia made her current attire all by herself! Sewing is a hobby that she enjoys greatly. Possibly a remaining characteristic from when she was a human.
- She retains her tastes for food that she used to enjoy as a human.  However, her diet is mostly composed of meat at this stage.
- She finds collars adorable. She would wear one if she could find one in her size.
- Preying on others violates her contract, but she may lose control of herself if the right opponent enters the ring.

Hi, as a fur and feathers character, she doesn't really need approval like normal first characters. But if/when you create your first Friction/Tension character, we will approval on that one
_________________
The new and improved: Kelsea's Karacters