Pantha - Pride of the Jungle

Pantha - Pride of the Jungle 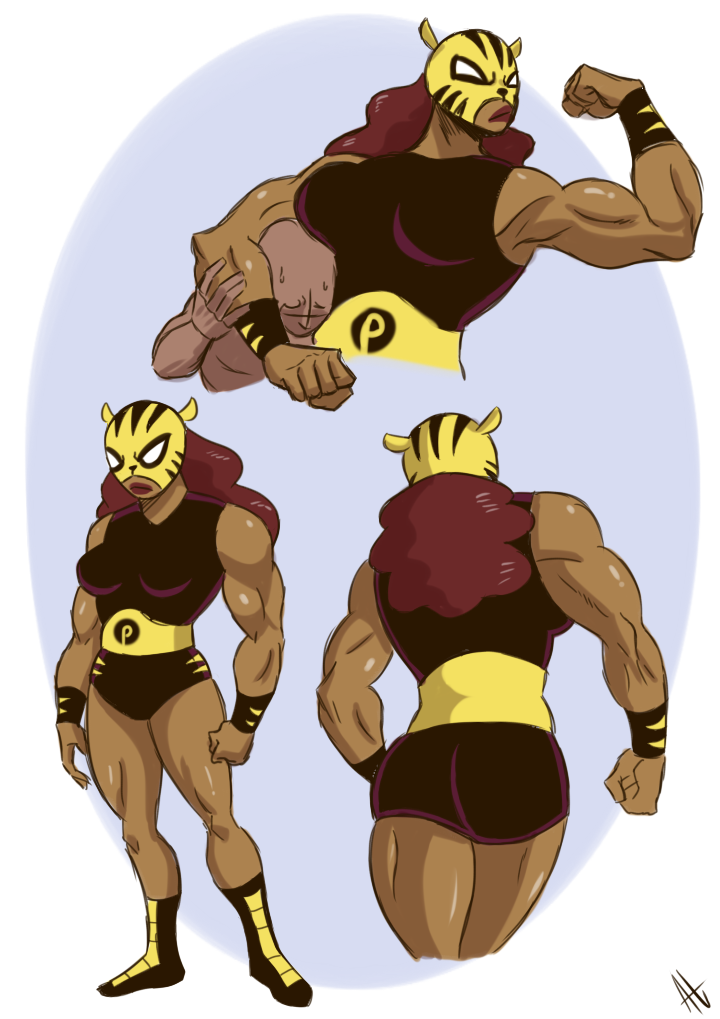 Preferred Attacks: Flips, doesn't matter if its her doing the flips or her opponents

Preferred Matches: Is up for any challenge 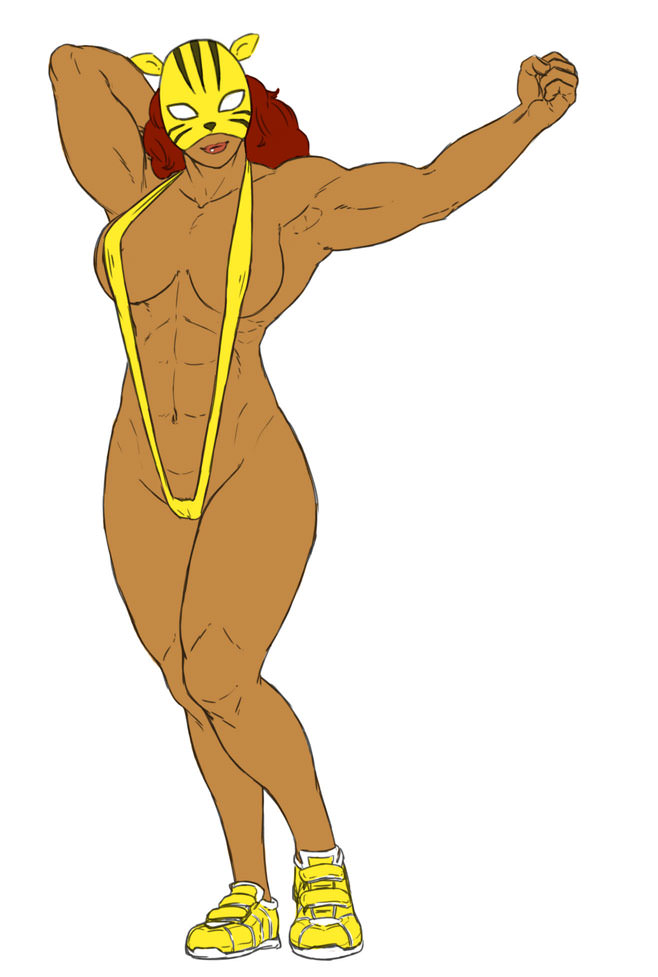 Endurance:★★★★ - Capable of withstanding a lot of punishment, but not invulnerable
Strength:★★★ - Decently strong, capable of flipping large men overhead.
Speed:★★★- Fast for her size, but not fast overall.
Defence:★★★ - Lucha Libre training prefers to avoid strikes and twist out of holds, giving her a decent chance at escape from most situations
Technique:★★★★★- Is capable of anything and everything in the ring.

Strikes:★★ - Prefers to grapple rather than punch.
Submissions:★★★★ - Lucha Libre tradition includes a lot of very complicated holds, and Pantha is well versed in making people squeal
Powerhouse:★★★ - Enough power to toss anyone on the roster around like a rag doll and look good doing it.
Aerials:★★★★ - Capable of aerial maneuvers that puts many athletes to shame but there's a limit to the flippy performance
Counters:★★★★ - Can throw, twist and squeeze out of the vast majority of situations

Panth-rana - A hurricanrana done from a standing leap, can lead into a pin or a headscissors hold


Lion Tamer - A Boston crab pulled back beyond the usual limits, bending the victim's back painfully

Pantha-Sault - A Moonsault done by springboarding off the middle rope.